Review: Watchers of the Sky 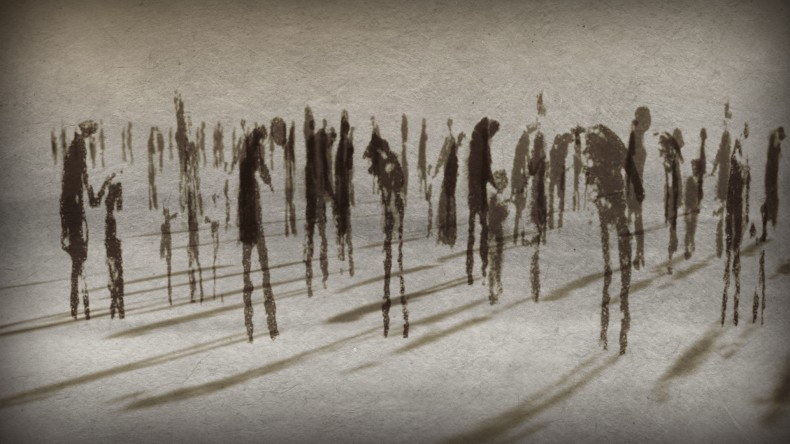 In this traditional but thrillingly effective documentary, Edet Belzberg tracks the history of modern genocide through the emotional and hopeful stories of five people fighting to stop it from happening again.

“The situation in Darfur…”

What’s the subtext in this common phrase? The “situation” is undoubtedly genocide, yet you’ll find it phrased peculiarly – something like, “The War in Darfur that some are describing as a genocide.” When the United States fails to acknowledge genocide as genocide, its citizens are tasked with conducting their own research and using their own faculties to come to that conclusion. “Watchers of the Sky” exposes how little progress has been made in stopping systemic cycles of violence and highlights five people that are fighting for a better world through international law, legislation reform, and ideological shifts in perspective that encourage us to recognize genocide when it’s happening so that we may better prevent it in the future.

The key figure here is Raphael Lemkin, a Polish lawyer who in 1943 coined the term “genocide” in an attempt to assign a more vital and, to some extent, marketable word to the crimes carried out in World War II. Lemkin died in 1959 and spent every last moment of his life fighting to make genocide illegal, a task that would take decades to achieve. He realized that global communities were not going to mobilize to prevent genocide and that people will again and again find it hard to believe it could ever happen in their country. The solution is to criminalize it. But he was met with resistance from countries that were hesitant to apply a blanket law that interferes with what a government can do to its own people.

Director Edet Belzberg, a documentarian interested in global social struggle and responsible for the Academy Award-nominated “Children Underground,” casts an ambitious net here, and attempts to cover much of the history of modern genocide in a single film. The broad scope isn’t a detractor, though, and instead reveals patterns of unspeakable violence that cross decades of time and continents of people.

In between top notch, long-form interviews with the subjects and archival footage is a series of animated sequences that depict Lemkin’s words scrawling across canvas as well as blotchy, inky illustrations that accompany the dialogue. This somber aesthetic design choice contextualizes these crimes against humanity as timeless, breaking down the narratives and individual histories to universal truths. Vertical lines grouped together represent the scores and scores of humans forced to march to containment and, in many cases, death.

Today, it seems like we thrive off of documentaries that strongly connect us to a single character as a narrative film would. That’s not the case here, and the fact that it’s a topic-based subject rather than a character portrait may harm the film’s initial distribution. But, with a pick-up from Netflix and other streaming channels, this is just the type of work that occasional doc viewers should make time for.

“Watchers of the Sky” doesn’t cover every act of genocide, and it’s hardly all encompassing, but it’s not trying to be. Belzberg and team are looking to add to the discussion and bring exposure to their cause. There’s an enormous vote of passion from behind the camera, a sense that the filmmakers want to educate and change, regardless of the critical or popular success of the documentary. The filmmakers have also developed an educational curriculum so that middle and high schools may teach the film and its themes. This method of distributing their material is generous and admirable, but what the film lacks is a compelling call to action. It contains both despair and hope, but little to rally behind when it’s all over. You’ll feel changed by having seen the film, but at a loss for what you can actually do to help.

The film’s official site describes a Watcher of the Sky as “an individual who recognizes the moral imperative of ending the cycle of violence and/or works to improve the quality of life for forgotten populations.” Belzberg’s film is a force of good, a document of the birth of crucial legislation, and a reminder of the unfortunate irony of saying “never forget” in regards to the Holocaust while other holocausts are carried out every year elsewhere in the world.

At 94 years old, Ferencz, now a free agent lawyer defending humanity, passes out chocolates and pamphlets at the U.N., and like Lemkin six decades earlier, he’s dedicated his life to convincing powerful people to prosecute and imprison the perpetrators of genocide. “Watchers of the Sky” is a confident, essential film that asserts there are still people looking out for the world; it’s just a little terrifying to see how slowly they’re making an impact.

END_OF_DOCUMENT_TOKEN_TO_BE_REPLACED
Taylor Sinople Picks: The 16 Best Films of 2016
Form and Function in Alex Ross Perry’s “Queen of Earth&...
Digging for Fire and Unexpected: Husband and Wife Process Parenthoo...
Every Thing Will Be Fine 3D Review