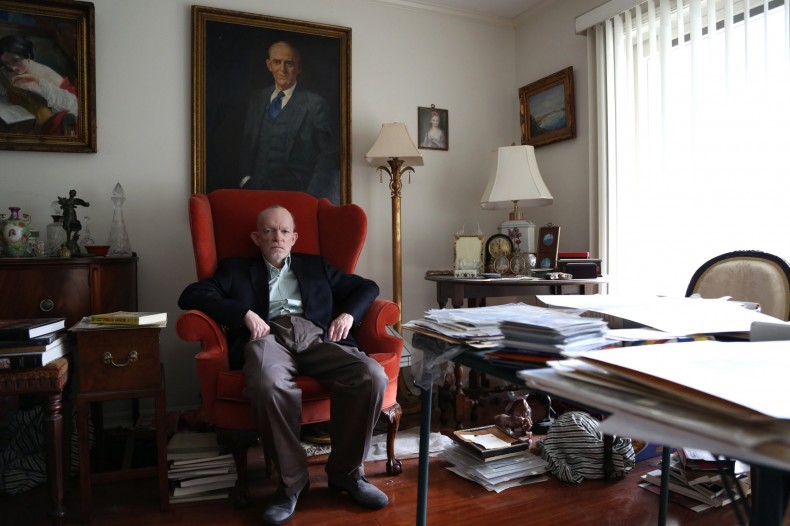 With an almost unbelievable story and quirky, real-life characters, "Art and Craft" is one of the year's most compelling and entertaining documentaries.

Quietly unassuming and intensely intriguing, “Art and Craft” is every bit as compelling as its subject. Following the decades-long deceptions of art forger, Mark Landis, “Art and Craft” represents the best piece of cinematic fakery since Orson Wells’ “F for Fake.”

The documentary opens with a spindly, middle-aged man walking into his favorite craft store in order to refill dwindling supplies. Pausing, with an almost childlike wonderment in various aisles, the man considers his image in several mirrors before setting his sights on the notepads. While he does not look like much, this almost inaudibly silent man is an infamous art forger who has spent most of his early life reproducing art, and the later half distributing it across the southern United States. At a young age, Mark found that he could occupy his time by copying great works from art catalogues while sitting in front of the television. Turning his hobby into a lifelong compulsion, Mark began distributing his works to museums around 1988.

“Art and Craft” presents an incredible story as seen from both the eyes of Landis and his “foe” Matthew Leninger. As a former registrar at The Oklahoma City Museum of Art, Leninger was offered several Landis copies, and became determined to stop him. The film focuses on the men’s rivalry, although Landis hardly seems aware of the obsession he has inspired in Leninger (and various other registrars across the country). Contrasting the two men’s stories is particularly interesting because they both suffer from diagnosed mental illness (albeit Leninger’s is only a mild Obsessive Compulsive Disorder/ ADHD, compared with Landis’ storied history of institutionalization). Each narrator, then, becomes at least somewhat unreliable, thereby increasing the story’s interest. Grains of contradictory truth surface when Landis is looking through his old medical records, or recounting something and doubling-back on his own words, while for Leninger the truth comes, as it so often does, from innocent questions asked by his young daughter regarding his obsessions.

As the film follows Landis, the audience gets to take part in his daily rituals and follows him as he picks up coffee to age planks of wood or enters a ruse as a grieving brother donating his sister’s art collection. Learning that Landis was sent to a mental hospital at the age of 17 when his father passed, and his subsequent diagnoses with schizophrenia and several anti-social disorders, earn him immense audience compassion.

Landis is one of the more interesting characters in recent documentary memory. Perhaps only equaled by the eponymous Tim in “Tim’s Vermeer” (coincidently also about art “forgery”), Landis has more character than most actors could ever hope to achieve. Taking up cigarettes in his late 50’s to calm himself down, and drinking dark liqueur to steady his nerves before “donating” his crooked wares, Landis takes most of his social cues from film. More of a film buff than most could ever hope to achieve, Landis watches old movies and television, and has a memory for dialogue and situations much like his memory for art. Pulling out lines from “Dracula” and British television in his everyday conversation and appearance, Landis has built himself an identity based entirely on media.

Filled with a fantastic group of characters and a wildly unbelievable story, “Art and Craft” brings its audience on a heartfelt and eye-opening journey through mental illness and the deconstruction of the definition of art.

END_OF_DOCUMENT_TOKEN_TO_BE_REPLACED
Taylor Sinople Picks: The 16 Best Films of 2016
Form and Function in Alex Ross Perry’s “Queen of Earth&...
Digging for Fire and Unexpected: Husband and Wife Process Parenthoo...
Every Thing Will Be Fine 3D Review