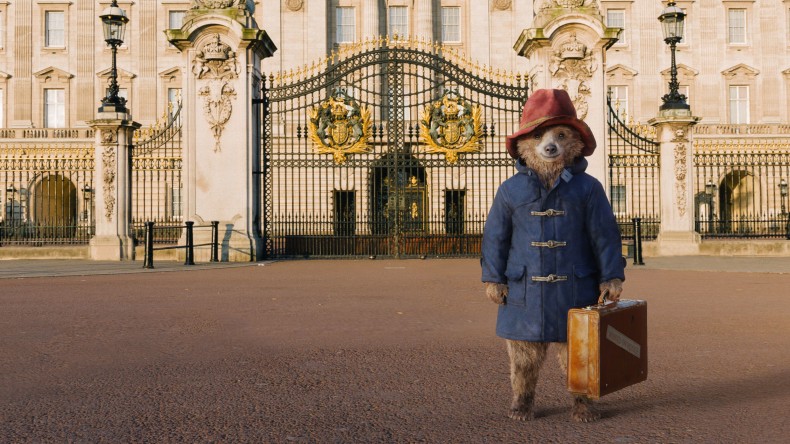 A strange thing is happening with Paddington. The film, about the eponymous talking bear who got his start in a beloved series of children’s books in 1958, is mimicking the narrative arc of its star.

In the book series, and in the prologue to the film, Paddington is raised in the rain forests of Peru by an aunt and uncle who learned how to speak English and make marmalade after being visited by a British explorer. When an earthquake destroys his home, Paddington stows away in a lifeboat bound for London, hoping to find this old family friend. The modern world is more than he bargained for, but he eventually meets the Browns, a middle-class nuclear family. They take him in and, by the end of the film, accept him as part of the clan.

At first appearance, the film — much like its red-hatted namesake — was largely met with disinterest and cynicism. Paddington arrives in London and can scarcely find an adult to take notice of him. Even those who do react similarly the Brown family patriarch (Hugh Bonneville), who explains to his children that the bear is “probably just selling something.” Ask around and it won’t take long to find a leery, Mr. Brown-type cinephile that expected Paddington to be a cheap cash-in on a nostalgic favorite of children’s literature.

But then the reviews started rolling in. Doting adjectives began piling up: charming, warm, good-hearted, respectable, quaint, a delight. Just like Paddington manages — in large part thanks to the sheepish propriety of a spectacular vocal performance by Ben Whishaw — to charm his adoptive family with his earnest approximations of human behavior, the production surrounding him is charming even the steeliest of audiences with its earnest approximations of good filmmaking.

Director Paul King wears his influences on his sleeve, cribbing from a cabal of more experienced artists. The Seussian machinery of Ron Howard’s live action How the Grinch Stole Christmas is echoed in the gears and winding tubes of the historical archives where Paddington searches for information about his past, and in a marmalade factory that would make Rube Goldberg proud. Tim Burton lends Dutch angles and eerie visuals to the sinister scenes involving Nicole Kidman’s villainous museum curator. When Paddington describes the Brown household, the cross-sectional camerawork and dead center framing is such a clear Wes Anderson homage that it’s surprising when some on-screen text that appears isn’t printed in Futura. Even Francis Ford Coppola turns up when Paddington spills an armload of oranges on the floor just a few scenes before a character’s untimely off-screen demise.

The effort to emulate something more artful is truly admirable but, despite Mr. Brown’s proselytizing acceptance of Paddington late in the third act, a bear is still a bear. Ever true to its protagonist, Paddington fumbles clumsily between spurts of good intention. Some of this is undoubtedly by design. The cartoonishly evil Kidman, who wants to kill and stuff Paddington for her exhibit, is much more in tune with the prescriptive good guy vs. bad guy storylines that studios are used to selling to kids than a loveable goofball who gets into (and out of) trouble on his own. The film proudly boasts the misguided slapstick services of “physical comedy consultant” Cal McCrystal early in its final credits. Even the tired old dishrag of cross-dressing as a punchline can be rationalized (although it shouldn’t be in this day and age) by looking to the target audience. But being a movie for kids shouldn’t exempt Paddington, or any movie, from the standards of “good film” that is applied to more serious fare, and its true weakness shows through when suspension of disbelief gives way to laziness and confusion.

A talking bear is not a significant cognitive leap within the transportive medium of cinema, but being open to the extraordinary shouldn’t necessitate ignoring the mundane. The cracks in Paddington’s façade are of the latter nature: Mrs. Brown (Sally Hawkins) turns over a letter to read aloud from the back after it has already been shown to be blank; a setpiece that begins in a clawfoot tub grinds to a halt with a shot of its bottom with no legs in sight; a grate closes over the window of a museum in lockdown moments before Mr. Brown enters through the same window, unimpeded. To say that these scenes come from the same film that seamlessly integrates an animated character into live action with lighting that approaches photorealism is plain disappointing. King has constructed a film with a serious disregard for attention to detail — unless it’s detail that came from someone else’s film.

In the Internet echo chamber of instant opinion, any event garnering an extreme or unexpected response is only a few keystrokes away from inevitable backlash. Going to see Paddington was a zero-sum proposition, bound to end with a dissenting harrumph or another delighted voice joining the chorus of admiration. None of this is to say that Paddington is strictly a bad film — it’s a thoroughly enjoyable family comedy that brings the laughs it promises, and may even introduce young moviegoers to some esoteric cinematic tropes they would otherwise miss out on.

This is a response to a response. By all means, critics, praise Paddington. This field is subjective, after all, and we traffic in what we like or don’t. But no matter how polite he is, or how good he looks in an old coat, I prefer not to forget that this bear flooded my bathroom and set my kitchen on fire.

Zack is a software developer from Halifax, Nova Scotia moonlighting as a cinephile - until the weekend, when those roles reverse. He can often be found thoughtfully stroking his beard or thoughtfully stroking his cat. Despite remaining in the sitting position almost exclusively, he occasionally makes time to be bent into other shapes during jiu jitsu practice. You can aggresively shout your opinions and objections at him via Twitter or in person (anywhere beer is served).
You might also like
Ben Whishawnicole kidmanron howardSally Hawkins

END_OF_DOCUMENT_TOKEN_TO_BE_REPLACED
Taylor Sinople Picks: The 16 Best Films of 2016
Form and Function in Alex Ross Perry’s “Queen of Earth&...
Digging for Fire and Unexpected: Husband and Wife Process Parenthoo...
Every Thing Will Be Fine 3D Review