Review: Kochadaiiyaan (The King with the Long Curly Mane) 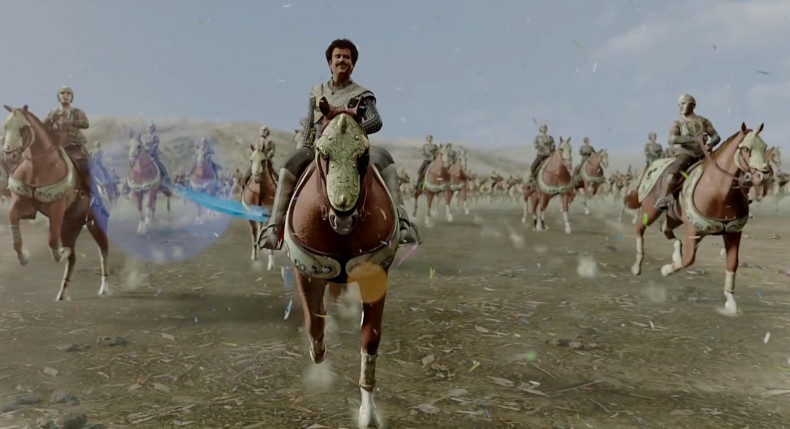 “Kochaidaiiyaan” has a good heart, but promises more than it can deliver and ultimately pays the price.

“Kochadaiiyaan” is a 2014 Tamil film that tries to bring something new and bold to Indian celebration through its use of computer animation and motion capture. Whether or not it succeeds, however, is another question entirely. It’s a film with a potentially interesting – albeit sometimes hard to follow – story that often finds itself hampered by its own technology and its desire to show off exactly what that technology can do.

The story is essentially a combination romance and revenge story. It follows a warrior named Rana (Rajnikanth) who works first to free the slaves of the nation of Kalingapuri. He then uses these slaves as an army to aid the nation of Kottaipatinam, a neighbouring, rival nation. He returns to Kottaipatinam, marries his sister (Rukmini) to the prince of Kottaipatinam (Sarath Kumar), and falling in love with Kottaipatinam’s princess, Vadhana Devi (Deepika Padukone). However, Rana’s ultimate goal is to avenge his father, a former general of Kottaipatinam who was wrongfully executed for making a bad tactical decision. He plans to do this by killing Kottaipatinam’s king, Rishikodagan (Nasser).

It is a plot that is sometimes hard to follow, especially given that there is a long and spontaneous change in main character partway through. The animation, especially, makes it harder to follow, given that it’s sometimes incredibly difficult to tell the various characters apart. However, it is an interesting one, and it represents one of the better aspects of the film. It manages to hold the viewers’ interest, even during very long breaks from the actual plot.

That said, things like the exceptionally long action scenes – which are presumably meant to show off the animation – do sometimes make it difficult to stay invested in the film. They drag and slow the pace to a crawl, even while ostensibly showing something thrilling. The final battle, especially, despite being the climax of the film, is tedious and longer than it ought to be.

The same can be said of some of the songs, though not all. Because of the reliance on the animation, the songs have both more and less bombastic choreography than one would expect from an Indian film. The set designs and backdrops are spectacular, and highlight what animation is capable of. However, all the actual movement and dancing looks awkward at best, and sometimes downright terrifying. Characters move and jump unnaturally, distracting from the songs and music. Despite this, though, the songs themselves are largely good, with “Idhayam” being a particular highlight. They are big, bold, and build emotion and tension perfectly.

Rajnikanth, too, thrives, even despite the animation. He is one of the few actors that could be said to be in fine form, with many of the others feeling as though they’re restricted by the medium. While Rajnikanth’s facial expressions are limited, his voice does his acting beautifully, and adds excellent life and vigour to the character of Rana.

The animation, though, remains the defining feature of the film. It is animation that would look more at home in a video game from the 1990s rather than a 21st century blockbuster. While the filmmakers ought to be commended for trying something new and introducing motion capture to Indian cinema, “Kochaidaiiyaan” is not an example to follow. The animation is terrible, sometimes distractingly so, and while one can get used to it, it only ever becomes tolerable at best. While the film would have lost some of its more spectacular sets had it been live action rather than animated, the decision to animate the film ultimately cost it a great deal in terms of its quality and immersion.

On the whole, “Kochaidaiiyaan” is an interesting experiment in introducing a new medium to Indian film, but one that fails. The animation comes off more as a bad novelty than an actual innovation, and fails to make the film better, indeed, detracting from it rather than helping it. It’s a film that likely could have stood on its story alone – and certainly could have been good considering Rajnikanth’s performance – but the addition of animation is distracting and problematic. The songs and story are good, but they serve only to make the film watchable. The animation and overly long fight scenes detract far too much from an otherwise solid film.

END_OF_DOCUMENT_TOKEN_TO_BE_REPLACED
Taylor Sinople Picks: The 16 Best Films of 2016
Form and Function in Alex Ross Perry’s “Queen of Earth&...
Digging for Fire and Unexpected: Husband and Wife Process Parenthoo...
Every Thing Will Be Fine 3D Review