Transcendence: When a Cinematographer Directs 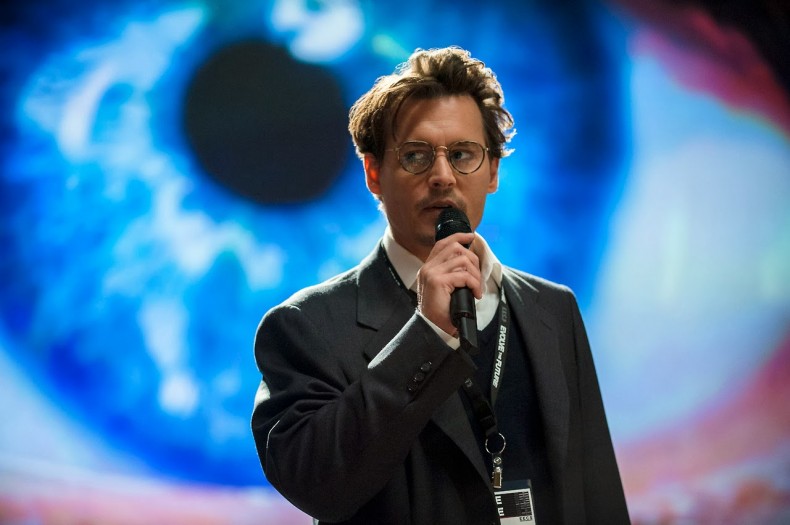 Academy award-winning cinematographer Wally Pfister could be considered one of the most successful cinematic visionaries of our time. He certainly knows what he’s doing with a camera, with Christopher Nolan’s grandiose blockbusters such as “Inception” (for which he won an Oscar) and Lisa Cholodenko’s visually stunning “Laurel Canyon” under his belt. “Transcendence” however, he did not shoot. Instead, this film is Pfister’s directorial debut, creating a make-or-break situation for his future directing career. He stated in an interview that “It affects the future: whether I’ll be able to direct other films. What scripts I can get. The power I’ll have – or not.” It’s a big step for Pfister, as making the transition between roles in the Hollywood industry is a difficult switch to make. Similarly talented cinematographers Christopher Doyle and Gordon Willis – among others – also attempted to translate their skills into the more momentous role of the director with unfavorable results. The difficulty of this transition is essentially down to the fact that a cinematographer focuses solely on the visual aspect of a film, whereas the director’s job is the story. These two aspects are distinctly contrary, with different experiences and skill sets required for each. As a result, a first-time director emerging from a very particular career with specific credentials may find the conversion both challenging and strenuous.

The cinematographer of this picture was in fact Jess Hall – English-born and known for his work on films such as “Hot Fuzz” and “Grindhouse”. These films are notable for their rapid scene changes and whip pan camera shots, which add a sense of pace and set the tone of the film. This technique can also add to the impression of comedy, as in “Hot Fuzz” the quick cutting and zoom shots are frequently inappropriately placed in mundane scenes, such as the booking of a hotel room. This style of filming contrasts heavily with “Transcendence” which contains an abundance of long and aerial shots, as well as slow pans, giving the world a sense of scale and vastness – very reminiscent of Wally Pfister’s style of cinematography. This suggests that Hall had very little freedom over his camera work, as Pfister likely found it difficult to finally hand the reigns over to someone else, and thus prevented them from displaying their creative abilities to their full potential. Nonetheless, the film was still aesthetically pleasing with some impressive camera shots throughout.

For Pfister’s first film, he chose a $100 million project featuring Johnny Depp, Rebecca Hall, Paul Bettany, Morgan Freeman, Cillian Murphy and Kate Mara – a big move that the budding director acknowledges is fraught with risks. If this film fails at the box office, Pfister’s lifelong childhood dream of becoming a director may be short lived. This review will take a look into the plot, themes, and technicalities of the film, in order to decipher whether or not directing is Wally Pfister’s new calling in life.

The film stars Johnny Depp as Dr. Will Caster, a researcher intent on creating a sentient artificial intelligence by exploring the possibilities of nanotechnology: “Imagine a machine with a full range of human emotions. Its analytical power will be greater than the collective intelligence of every person in the history of the world. Some scientists refer to this as the ‘singularity.’ I call it ‘transcendence’.” The concept behind this film delves straight into the complex issues of man versus machine, and the historical controversial ethics behind artificial intelligence. This film asks the audience some particularly insightful questions: if we create a technological deity, will it completely surpass mankind? Or will our darker desires and inclinations be magnified via a sentient AI? These themes probe the minds of the audience, as we eagerly await the answers that we hope the film will deliver.

Naturally, some people dislike the possible ramifications of a machine with the ability to think independently. So starts a surprisingly small terrorist group named RIFT (Revolutionary Independence From Technology) led by Bree, played by Kate Mara. This organization receives little character development, reducing them to forgettable, throwaway plot devices. They plan on shutting the project down and all who are involved, so it’s no surprise when Caster is soon on his deathbed (especially due to the trailer giving away the majority of the film).

In order to try and save him, his wife Evelyn, played by Rebecca Hall, uploads his consciousness to an already existing supercomputer. Paul Bettany’s character, Max Waters, protests against this idea, claiming that it won’t be the same man and the potential for it to go terribly wrong is far too great a risk. So what does he do? He goes through with it anyway. Because this film is littered with characters making poor decisions and wondering why things go wrong afterwards, making it extremely difficult to empathize with any of them. Other characters sadly have very little dialogue and are there merely to act as the voice of reason in an already unreasonable world.

Brand new digital Depp soon orders Evelyn to build him a laboratory along with a field of solar panels in the middle of nowhere so that he can begin constructing his empire. From here, the film slows down significantly from what was initially a rather promising first act. Will’s primary existence within a computer is eerie and intriguing, however the reduced pacing, along with some drawn out existential questions (with few answers), gives the audience very little to ponder. This film’s concept had a lot of potential, with the possibility of commenting on themes such as morality and what it means to be human; the corruption of our government; the threatening realities of a tainted, sentient power over cyberspace (see: Skynet).

Ultimately, this implied action film boiled down to quite a stilted love story. Is this machine really Will Caster? We never truly find out, and the ambiguity adds little to the film. The apparent romance between Will and Evelyn is only onscreen briefly before the researcher meets his “death,” making their emotional connection feel unbelievable and rather forced.

The film begs the question of why it is so dangerous and unpredictable to create a breach between man and machine – is it because a machine doesn’t possess a soul? Is super intelligence destined to destroy itself? “Transcendence” wades through some vague philosophical concepts, but fails to ever dive in deeper. The core premise is never fully engaged with, thus failing to flesh out a conceivably poignant theme. Despite these flaws, “Transcendence” offers us some truly fantastic visuals, such as the regeneration of human cells, self-repairing solar panels, and the purification of nature itself. However, none of these concepts are explained with any level of detail, therefore making the suspension of belief difficult.

“Transcendence” does however, have its positives, for example Depp is convincingly machinelike as an AI. This could be due to the fact that he struggles with characters that are the opposite of clownish or Tim Burton-esque, as we are ultimately left with the most insipid and wooden character of the entire film – perfect for a machine.

As a computer, Will attempts to care for and protect Evelyn – yet he is also able to observe the fluctuations of his wife’s hormones, her heart rate, and even levels of perspiration. Despite this, he lacks the fundamental human aspect of being able to experience concerns for her fears on a more personal level. These moments of truly noteworthy displays of humanity contrasted with cold, robotic indifference give off an eerie quality. Unfortunately, “Transcendence” completely misses the chance to explain what all of it means, and so the film ultimately has little meaning at all.

Christopher Nolan was the executive producer of this disappointing picture; the director of the majority of the films in which Pfister has utilized his fantastic cinematography skills for the last fourteen years. So perhaps this was a case of not what you know, but who you know in the film industry.

Jess is a 21 year old university student studying English Literature. Born and raised in England, she's an aspiring writer and film lover, with a strong affinity for cats.
You might also like
christopher nolanCole Hauserjohnny deppMorgan Freeman

by The Focus Pull Staff on November 9, 2014
Editor’s note: As one of the most anticipated releases of the year, “Interstellar” has drawn interest from many of our writers. As such, this article will collect a stream of content on the film – reviews, essays, and other general reactions.  Seen the film? Join in the discussion! Leave a comment and it may get […]

by Taylor Sinople on April 21, 2014
You’ve got a couple of minutes to build a world, fill it with characters, set a tone, and hook me into sticking around to see what comes next. Indeed, the opening scene of a film is a challenge. When it goes right, great opening scenes exist as a microcosm – a short introductory film that establishes so much about the feature to follow.
comments
Leave a reply
Add Comment Register