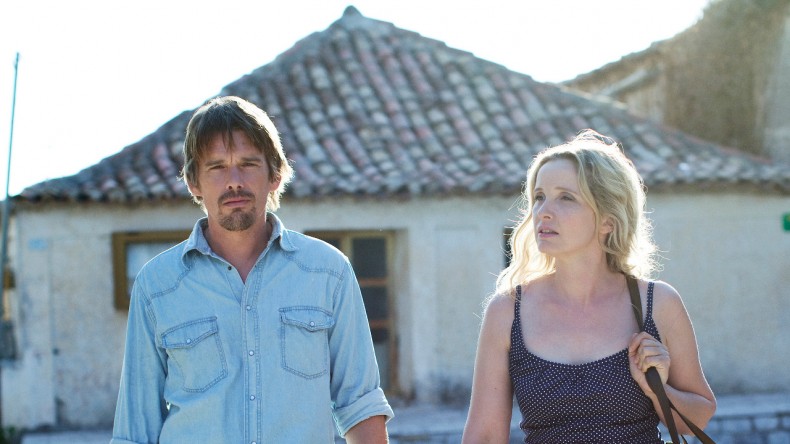 “Creating a snapshot of life in Southern America isn’t easy, it’s an experience that many viewers will be entirely unfamiliar with. Director Jeff Nichols transcends these limitations with a fantastic narrative, and atmosphere that stays on your skin for days. Every minute is captivating.”

“Emanating a certain warm kindness and authenticity, “Stories We Tell” is a fascinating document of the characters we play in our lives, the narratives families construct, and the impact of truth. It’s a film about how information can change everything – or nothing, and is pure cinematic escapism in ways that few documentaries are.”

“Taut, unpredictable, and wildly original, “Side Effects” is likely to be the best thriller of the year. It’s haunting, holdings its cards close but not hiding a tone of unease that suggests there is much more to the story of patient and psychiatrist than is given to us in the first act. Small issues of believability are excused in light of the outstanding cast and overall high quality of production that pulls off as many technical surprises as the narrative does.”

With only a handful of scenes filling out the near-two-hour runtime, “Like Someone in Love” isn’t for the action-hungry, but as a cinematic examination of the assumptions we make and the identities we portray, it is a pleasure to experience. It evokes so much through so little – substituting an entire sequence of shots for only one or two sensational ones. I entered my love affair with this film while viewing it for the first time months ago and it hasn’t left me since.

Each addition (released nine years apart) to Linklater’s now three part “Before” series risks the damaging of the endearing cult legacy of the previous romantic films. It is with that eye for risk and reward that Linklater and co-writers Ethan Hawke and Julie Delpy have crafted “Before Midnight” – yet another triumphant, soul-stirring experience. Halfway through, a nervousness sets in at the realization that the film does have to end at some point, at which time we will have to walk back into a life in which there is no “Before” film on the horizon – a sad place to be. Jesse and Celine, the two characters, go on living after the film has ended but our window to their world has been shut – at least for another nine years. Each of the films in this trilogy are emotionally connected to me in ways that have evolved year after year. Search no further for what a future classic looks like in present times.

Open to experimental narratives? Live near an independent theater? Here are two of the year’s best art-house films to look out for.

The true significance of “The Wall” is in its accessibility, its freedom of interpretation. Is the wall metaphorical, or is it just a device of a fantasy narrative? My allegorical assumptions are no more valid than yours. The joy is in discovering a personal connection; the thoughts you unveil during the viewing of this film will stay with you for days. It is an unforgettable experience that illustrates the human spirit as it both thrives and suffocates in isolation.

Beautiful, horrifying, and one of the strangest films I’ve ever scene: “Leviathan” is –of all things – an abstract fishing industry documentary from directors Lucien Castaing-Taylor (“Sweetgrass”) and Verena Paravel. It is highly experimental, features the most visceral imagery ever put into a documentary, and is also exceedingly tedious – rewarding only to the viewer that can be content appreciating film as art. If this has grabbed you, I highly recommend looking into this one as little as possible; it’s a one-of-a-kind experience that needs to happen in the disorienting darkness of a theater.

Taylor is a Chicago-based writer and aspiring film historian. He is the editor here at TFP, and has contributed to a number of international publications such as Cinema Scandinavia, PopMatters, and Room 101 Magazine. He can also be found listening to podcasts, researching topics he has little use for, or running after a city bus.
You might also like
before midnightleviathanmudstories we tell

by Taylor Sinople on June 7, 2013
Opening shot: two pairs of feet – casually, slowly walking. Is there anything that could sum up Richard Linklater’s “Before” series more? For the uninitiated, Richard Linklater’s masterful “Before” trilogy – including 1995’s “Before Sunrise”, 2004’s “Before Sunset”, and now 2013’s “Before Midnight” – is a continuing series of romantic dramas that were produced and […]
Comments
Leave a reply
Add Comment Register

END_OF_DOCUMENT_TOKEN_TO_BE_REPLACED
Taylor Sinople Picks: The 16 Best Films of 2016
Form and Function in Alex Ross Perry’s “Queen of Earth&...
Digging for Fire and Unexpected: Husband and Wife Process Parenthoo...
Every Thing Will Be Fine 3D Review