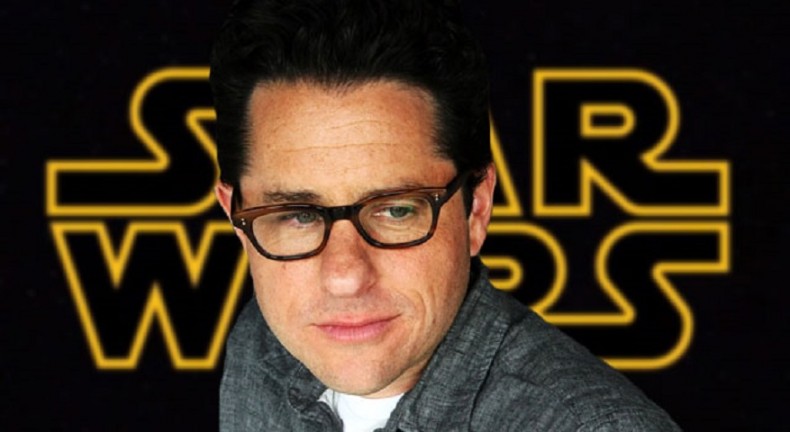 Let’s get this one out the way at the beginning. While countless people are moaning about how they’re sure Episode VII will just be one hour and a half long lens flare, it’s clear to me that these people are clearly morons. Let’s just examine what Abrams did with Star Trek: he made an incredibly entertaining film that blew us all away and created a whole new generation of Trekkies. While fans may have legitimate concerns about the departure from Trek’s Prime Directive with Into Darkness (namely, it was more an action/adventure film than a thoughtful exploration of social concepts) there’s no denying that Trek’s second new outing was again a phenomenally exciting film. And you know the best thing about all of this? JJ Abrams did all of this without actually being a Star Trek fan. But wait, it gets better. JJ Abrams is a self-confessed Star Wars nut and has been from childhood. If the guy can do excellent things with something he wasn’t too hot on at the beginning, just start to imagine the dizzying heights he can propel Star Wars into. JJ Abrams is possibly the best director we could have recruited for this job. I mean, who else would you get? James Cameron? Give me a break.

Who he? He man who write Empire Strikes Back and Return Of The Jedi. That who.

Seriously though, ESB is undoubtedly the best Star Wars film and, as I’ve already mentioned somewhere on this site, it is also the best ever sequel in existence, and a strong contender for the best film of all time. And what was one of the great triumphs of dear old Episode V? Why, the script of course. Episode VII’s script is currently being scribbled out by both Abrams and Kasdan (possibly also using notes from Little Miss Sunshine writer Michael Arndt) and I don’t think I could be happier. The thing that killed the prequels most for me was the script. Such mundane drivel destroyed the semblance of anything good throughout all three films. It was truly painful to watch in far too many places. But the threat of a shitpile of a script is now gone! Or at least, severely diminished. Here’s to hoping that a Han/Leia on the run dialogue will find its way to the finished script. Those lines are the gold standard of steamy love scenes.

8: Return of the Old Cast

Some of the greatest things about the original trilogy are the main cast. The holy trinity of Solo, Organa*, and Skywalker (Harrison Ford, Cary Fisher, and Mark Hamill respectively) will live forever in our hearts. While that was all a long, long time ago and their wrinkled faces are far, far away from what we remember, I couldn’t help but skip around with glee upon finding out that the galaxy’s sassiest couple and their incestuous friend would be back again. Even if it’s just a flashback, or they die in the first two minutes, I wouldn’t be surprised if the best lines of the entire film are delivered by one of these three. Alright it’s never going to be Luke is it, but Han or Leia will warm our hearts forever.

* Bet you didn’t know her surname was Organa did you? Remember Bail Organa from Episodes II and III? No? He was played by Jimmy Smitts – that nice guy from the final two seasons of The West Wing and he was almost seven feet tall, you can’t really miss him. Bail adopted Leia and raised her as a princess back on Alderaan. A number of years after Return Of The Jedi, Leia and Han married and merged her two names together to make her Leia Organa-Solo. There. That’s your daily dose of irrelevant geekery for you.

Without a doubt, the reason the prequels sucked such large quantities of donkey balls is George Lucas. This is the criminal who created the character of Jar Jar and then continued to include him in the following two films. This is the villainous lout who thought that Hayden Christensen had a range of emotions outside of Wooden and Angsty Teen. This is the fatuous featherbrained miscreant who wrote love scenes so awkward and plots so unnecessarily convoluted and derivative that some people refuse to acknowledge the prequels as Star Wars films. What a twat.

But huzzah! He’s gone, and only excellent things remain. Removing Lucas from the director’s chair as a first move is always a winner. Look at Episodes V and VI, directed by Irvin Kershner and Richard Marquand – they’re great! Removing Lucas from all involvement whatsoever? Now that’s genius.

6. The Worst Has Been Done

There’s no denying that the prequels have so many down points that their collective mass hurts the Star Wars saga more than the planet busting laser beam from the Death Star. So much damage has been done, such unforgivable sins worthy of special places in Hell, such shit shit shit. But what exactly could be worse? Nothing. Now we’ve seen what the bottom of the pit looks like, the only way to go is up! It’s debatable, and probably unlikely that this new trilogy will be as good as the original. Then again, that’s nearly always the way. But what we’re almost certainly going to end up with is a trilogy that is perfectly passable, if not down-right fantastic. There’s no use claiming that the new Star Wars films are going to suck because the last three did. All the things that made them bad have been removed, and many of the things that made the originals good have been added. That sounds like a good recipe for success if ever there was one.

JJ Abrams has revealed that while the prequels were awash with green screen and had virtually no scenes without computer generated magic floating around, Episode VII will be a return to a more traditional feel of things. Obviously there will be CGI as we’re in fucking space here, people, but it’s comforting to know that we won’t be relying on fakery quite as much as we have been for the past few years. In all honesty, this is the general way the film industry is going these days and not a quirk of Star Wars. However such things can only be a sensible move in my book.

One of the greatest untapped treasures of Star Wars is the Expanded Universe. While some of it is undeniable over the top geekery, there are many developments, characters, events, and new things that are quite incredible. It’s doubtful that the writers will have drawn too heavily on the stories immediately after Episode VI as they are far too numerous and would be incredibly cluttered to deal with. However, time has provided us with a wealth of knowledge that makes the Star Wars universe far richer and full of marvellous untapped potential. There will be no need for a whole new time reboot as Star Trek had.

3. Anyone And Everyone Could Be In This Film

With news that Disney are holding open auditions for some roles, billions of souls cried out in joy. I’m not sure that those recruited by these auditions will be the main characters (that seems unlikely to me) but I can only be excited to see who we get. Remember, back in 1977 the Holy Trinity were all virtually unknown. Only Harrison Ford had had any real work with American Graffiti (a great little film if you can get hold of it) and just look how those three turned out! Harry Potter held open auditions for many of the pupils of Hogwarts and we were awarded with such phenomenal gems like Evanna Lynch who played Luna Lovegood.

But not only are the public auditioning for this, just about every available actor and actress in the business has hopped on down to audition the very second the casting call came out. Saoirse Ronan was sadly rejected for the part, but from what she’s been saying, there could be some very familiar and highly talented faces wielding lightsabers.

2. John Williams is Back!

Undoubtedly one of, if not the greatest movie composer of all time, John Williams has said he is returning to score Episode VII. One of the few upsides to the prequels was that Williams also scored those and he gave us some of his best work. Duel Of The Fates (Ep. I) and Across The Stars (Ep. II) are jaw-dropping pieces that I will never tire of. I can only bite my nails down to the quick in anticipation for what orchestral delights he has in his noggin.

What many people seem to forget is that while the prequels did indeed make us cry and unable to trust anyone ever again, they were also great. Not from an all-round perspective perhaps, and yes there were terrible mistakes (see previous points) but there was greatness in all three of them through all the suckiness. The lightsabers fights were mind blowing, the space battles (Ep III I’m looking at you) were eye-popping, and the whole Palpatine Plot was diabolically brilliant. No matter how bad you think they are, you can’t deny that there was gold in there.

Star Wars is magical. It’s one of the few things that always makes me happy. Perhaps I’m far too geeky for your tastes and perhaps I know far too much about the Expanded Universe to be considered sane and healthy, but I love it all because it’s amazing. What Episode VII is going to give us is, like I’ve already said, undoubtedly better than the prequels, scored by John I-Am-God Williams himself, written by Lawrence Kasdan, directed by JJ Abrams, and full of some of the best actors this world has to offer. What else could you ask for exactly?

Andy is an internet layabout who has little better to do than watch movies, eat Ben & Jerry’s and drink enough wine to float a reasonably sized yacht. When not on the internet, he can probably be found asleep, or at work, or both. For some reason he studied French literature and history and lived over in France for longer than he cared to. Some say that he is the next James Bond and is related to Jason Bourne (if only through marriage) but these people are often found dead in an alleyway. While an introvert, Andy is fully prepared to take off more clothes than is socially acceptable, climb on a table, and recite Shakespeare soliloquies to the tune of Billy Jean if you ply him with enough alcohol and money. His often explicit, but thoroughly interesting internal monologue can be found with his twitter handle: @sirandytaylor.
You might also like
cgidisneystar wars

by Taylor Sinople on July 11, 2013
Let’s start with a confession: I geeked out over all sorts of things growing up, but monsters and robots weren’t in the picture. For those that have fond memories of past (or current) obsessions with Japanese monster-attack horror, mech warriors, and the like, “Pacific Rim” is likely to be a towering ode to childhood nostalgia. […]
Comments
Leave a reply
Add Comment Register

END_OF_DOCUMENT_TOKEN_TO_BE_REPLACED
Taylor Sinople Picks: The 16 Best Films of 2016
Form and Function in Alex Ross Perry’s “Queen of Earth&...
Digging for Fire and Unexpected: Husband and Wife Process Parenthoo...
Every Thing Will Be Fine 3D Review