The Fluffy Movie and Why Comedy Needs Gabriel Iglesias 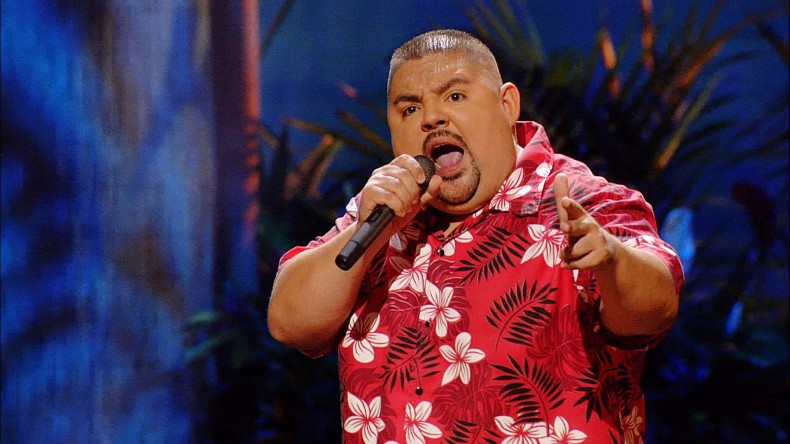 As a disclaimer to this article, I would like to point out that I am a US-born American citizen of Mexican and Puerto Rican descent. Normally, exploiting ethnicity to establish an ethos is one of the worst things a writer can do, but I think in this case it’s something worth noting.

Anyone who tells you that his or her perception of the world hasn’t been slightly altered due to ethnicity is a complete liar. A bold claim, sure, but one worth considering seriously. Our ethnicity is a major component of who we are, and I think it’s ignorant to disregard it as just another contribution to our physical make-up. Race isn’t just a skin color: it’s a social identifier. People are generally raised, whether consciously or not, to react to people differently based on their skin color and based on differentiating cultures. It’s not racism, it’s human nature.

In fact, I’d go as far as saying that ethnicity is really the only thing that separates us as people. Imagine a world where human beings are not divided by social class, geographic location, or established communities. It’s safe to assume that groups would be divided simply by the people who look alike. This isn’t necessarily because humans are inherently racist beings, but we do prefer to be in the company of those who resemble us. It’s simply more comfortable to be part of an allegiance that was created by nature itself.

Modern culture frowns upon these ideals, and introduce social divisions and pointless exercises like “Diversity Day” to try and combat this natural inclination to assemble comfortably. Still, in a society as “advanced” as ours, racism is an everyday struggle for people of color across the country. Should different ethnicities and cultures learn to co-exist and unite peacefully? Of course, the very survival of our species depends on it. But whether or not we truly will remains a dubious proposition at best.

Great, but how does all of this relate to comedy? Well, besides the fact that I’m using this article as the podium for my soap-boxing, there’s something to be said about how comedy relates to ethnicity. Comics like Richard Pryor, Eddie Murphy, and Chris Rock are three comics of color who have been able to transcend the lines of ethnicity and culture to become beloved by an entire planet of adoring fans. When we refer to these men, among many others, we do not generally say, “Man, he’s a really great black comic.” We omit the word black and just say the truth. These men are great comics.

They have made us laugh in ways we could never believe. There’s something almost unnatural about how funny certain comedians are, and how much they’ve helped shift our paradigm and approach life from a new perspective. We quote their bits daily, referencing them in our everyday lives, often chuckling to ourselves when something that they said happens to us. Great comedy is a gift to the world that can never be forgotten or erased.

However, the comics responsible for these legendary bits are often of white or black descent. Recognizable names like Louis CK, George Carlin, Dave Chappelle, Johnny Carson, Jonathan Winters. These are the classics of comedy because they each represent a unique perspective on life that seems to resonate with the masses. One question that really comes to mind when I look at the list of greats is: Where are all the Latinos?

A look at the latest census will show that Hispanics and Latinos make up roughly 17% of the US population, or 53 million people. Of those 53 million, 65% are Mexican-Americans, and the only country in the world that has a larger Hispanic population than the US is, you guessed it, Mexico. Let’s also not forget that this number only represents the documented citizens of the United States, and there are millions more that have not been accounted for. To put it simply, this is a staggeringly large number.

In the eyes of the entertainment industry, this census concludes that there are not 53 million Hispanic people in America: there are 53 million Hispanic consumers in America, and there’s nothing more that Americans love to do than laugh. Comedians are like rock stars in this country, as evidenced by Kevin Hart’s not one, but two theatrically released comedy specials; the latest of which grossed more than $32 million dollars in only 892 screens across America, which equates to a per-theater average of $11,450. For those of you who are starting to feel a little lost: that is a lot of money.

So, again, the question is posed: Where are all the Latinos? In the comedy world, there are a handful of Latino comics who have seen varying degrees of success, like the spectacularly unfunny Carlos Mencia, but none have ever become synonymous with the greats of stand-up comedy. The closest we’ve ever gotten is Paul Rodriguez, and as funny as he is, I don’t see him receiving an invitation to enter the comedy pantheon any time soon.

There are also the other unfunny stadium comics like George Lopez and the hilarious indie comics like Pablo Martinez, but stand-up comedy has never been home to many Latino sensations that last more than a few years. How Mind of Mencia lasted four seasons on Comedy Central still keeps me up at night, but that and The George Lopez Show, which lasted a whopping six seasons, are the two longest-running English-language comedy series to feature a Latino star*.

Enter Gabriel Iglesias, known by the stage persona Fluffy, an observationalist and impressionist who took the comedy circuit by storm seemingly overnight. With a handful of truly hilarious TV specials, his first theatrically released piece of work, “The Fluffy Movie,” enters theaters next week, and you need to see it.

I’ve always enjoyed Iglesias more than the other Latino comics for a number of reasons. Iglesias, who was born in San Diego, was the youngest of six and was raised by a single mother in and around the Compton/Long Beach area of Southern California. Having made a name for himself with his 2007 special “Hot and Fluffy,” Iglesias continued to release a steady stream of original work for almost seven years, including a Comedy Central television program, “Stand Up Revolution,” which only lasted two seasons.

Now, in 2014, it seems that Iglesias has enough clout to warrant a theatrically released stand-up special, and if there’s any Latino comic who deserves it, it’s him. What makes Iglesias’ comedy so enjoyable is that he seems completely unconcerned with adhering to racial stereotypes for laughs or pandering to a demographic. Instead, Iglesias seems to have found success by being truly funny, appealing to all ethnicities with his good-natured, energetic performances and spot-on impressions.

Unlike many observational comedians, who extract the absurd from the mundane, Iglesias seems determined to report on the absurdity he encounters in everyday life, making for a high-energy performance that’s hard to resist. And, as if there couldn’t be enough balls in his court, Iglesias is one of the very few comedians working today who can do an entire set of clean material that doesn’t feel watered down. “The Fluffy Movie’s” PG-13 rating is just further proof of that, and at no point did I feel like he was compromising his comedic integrity for the sake of money.

Gabriel has a way of getting his audience as excited as he is. Hearing him tell a story is like sitting on the porch with a group of old friends, catching up about their lives. He’s not afraid to divulge very personal things about himself, which makes the punchlines, as unexpected as they may be, all the more uproarious. Iglesias talks about living as a Latino in a way that feels honest and reflective, not fabricated. It’s obvious that culture is a point of pride for Gabriel, but he has no problem poking fun at the stereotypes that come along with it, and instead of shunning audience members who don’t get the joke, Iglesias’ humor is naturally inclusive.

Audiences who decide to see “The Fluffy Movie,” whether or not they are of Latino descent, will be surprised at how good it really is. Somehow, Iglesias has managed to pull from the same bag of tricks and keep them sounding fresh. With an emotional edge that has been absent from his previous work, “The Fluffy Movie” may be his best special yet, and it only serves as a milestone for bigger and better things to come.

*We could argue technicalities here and point out that Louis CK is half-Mexican. But it’s never been a huge part of his act, and he rarely, if ever, makes reference to it on stage, so for the sake of my argument, we’re going to disregard that.

END_OF_DOCUMENT_TOKEN_TO_BE_REPLACED
Taylor Sinople Picks: The 16 Best Films of 2016
Form and Function in Alex Ross Perry’s “Queen of Earth&...
Digging for Fire and Unexpected: Husband and Wife Process Parenthoo...
Every Thing Will Be Fine 3D Review