Features
0
previous article
A Fresh Look At: Dracula 3000 (2004)
next article
Review: It Follows

Halloween is almost upon us and that means that the horror films reign the cinema and television screens once again. October is the month of having film nights with your face covered by a pillow, ghost tours through the woods and crazy costume parties. It is the time of year when you can sing “The Nightmare Before Christmas”’s This Is Halloween at the top of your lungs, without feeling a little bit ashamed of yourself.

Fortunately, there are a certain kind of scary films that are respectable to watch all year long: Tim Burton’s films. The world-famous director is known for his scary, yet comical films and eccentric characters. His unique directorial eye and his recognizable style make for the greatest scary films, such as the bloody musical “Sweeney Todd: The Demon Barber of Fleet Street” (2007) or the horrifying comedy “Beetlejuice” (1988).

But what really makes Burton’s films so creepy, are the characters. From The Joker to the Headless Horseman, The Focus Pull has them lined up as five of the creepiest characters in the Tim Burton universe. Do you agree with us? Or do you believe Lord Barkis from “Corpse Bride” or Jack Skeleton from “The Nightmare Before Christmas” should have been included in the list? Let us know in the comments! 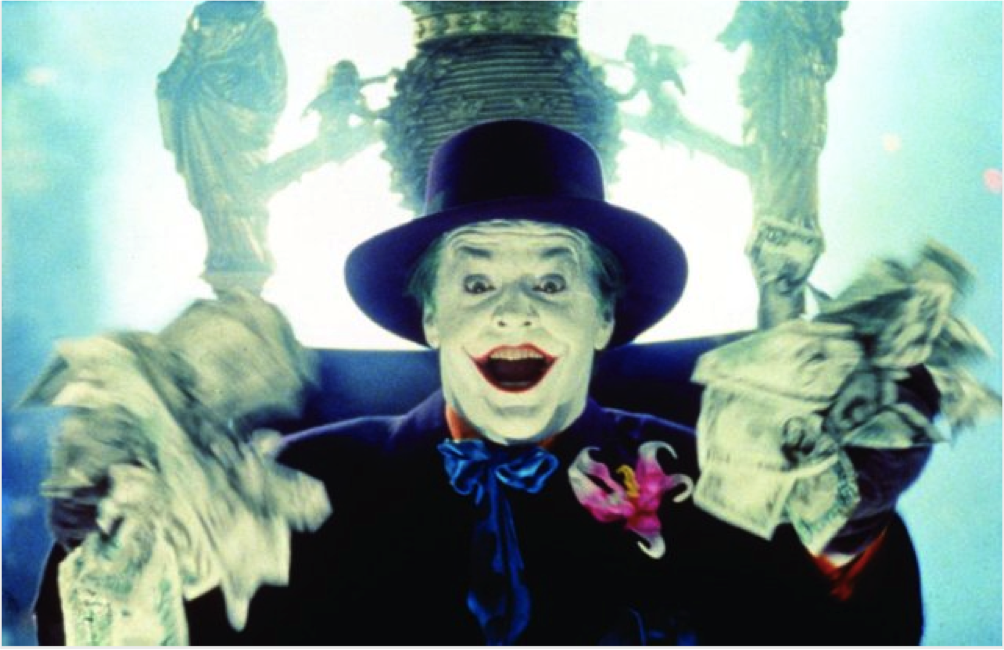 Some time before Christopher Nolan directed his famous “The Dark Knight”-trilogy, Tim Burton released his “Batman” in 1989. The film is a cult classic, with iconic performances by Michael Keaton as Bruce Wayne/Batman and Jack Nicholson as The Joker. Nowadays, of course, we think of Heath Ledger’s phenomenal performance when we think of The Joker, but is was indeed Nicholson who initially made the character famous.

Nicholson’s makeup might be more subtle than Ledger’s in “The Dark Knight,” but he is just as creepy. The performance is over the top and takes the “scary clown”-bit to a whole new level. Nicholson’s hysterical laughter, the high-arched eyebrows, the green hair: this is a character we do not want to run into in real life. Apart from the fact that Nicholson’s Joker is seriously creepy, he is also funny, which may make him the creepiest character in the Tim Burton universe, but he is a memorable one, at that. 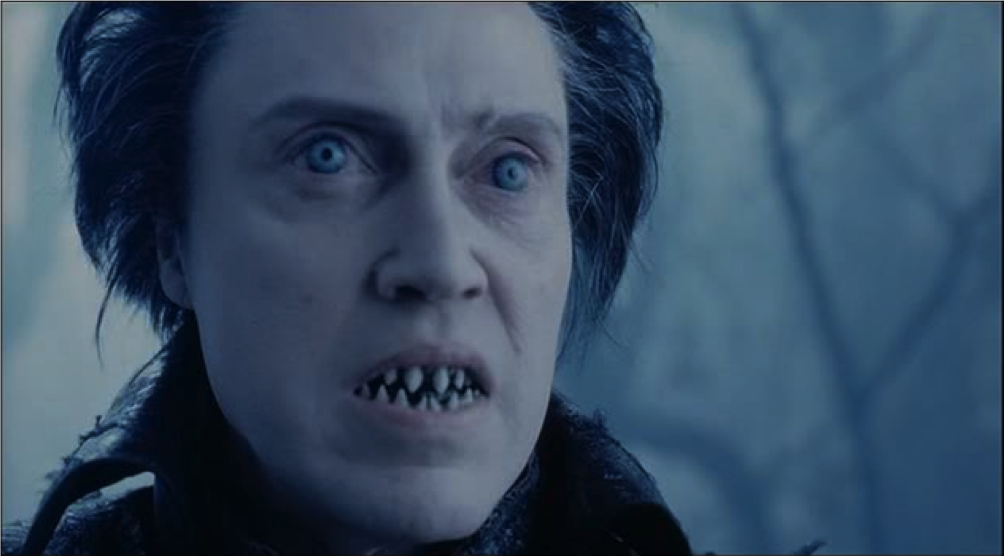 Christopher Walken is a regular actor to portray the “bad guy,” such as the evil politician in Burton’s “Batman Begins” and Captain Koons in Quentin Tarantino’s “Pulp Fiction.” In these portrayals, he is the subtle bad guy, someone lurking in the shadows and forging shady business deals. But in “Sleepy Hollow,” Walken is the true nemesis. He is as terrifying with his head as he is without it. The Hessian Horseman has a zombie-like appearance, with stark, silvery blue eyes and the pointy, animal-like teeth. We certainly would not want this monster creeping through our backyards! 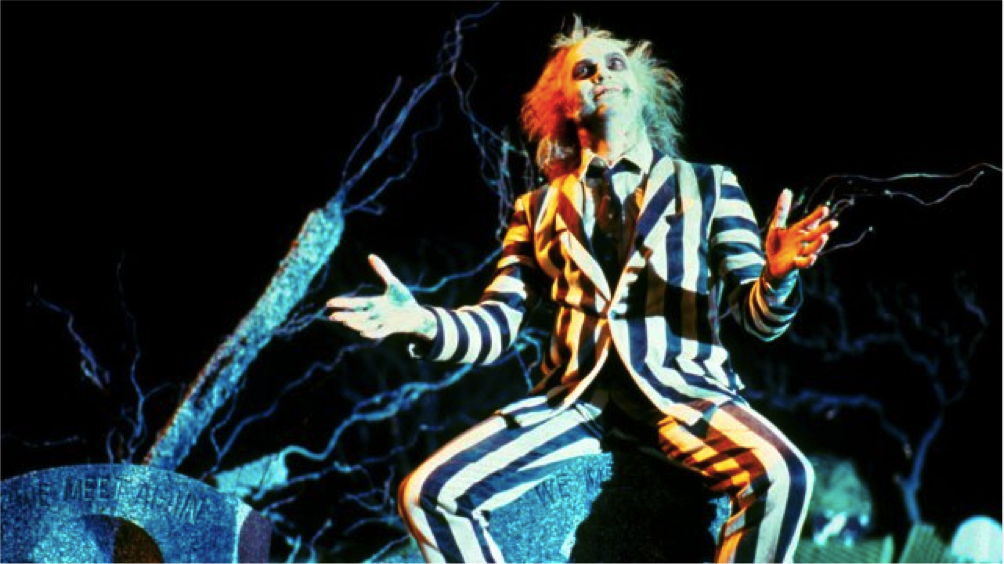 “Beetlejuice,” released in 1988, is one of Tim Burton’s classics and the character of Beetlejuice (Michael Keaton) is an infamous horror figure. The film follows the story of a recently deceased couple, Adam and Barbara Maitland (Alec Baldwin and Geena Davis), who are disturbed by the new owner of their house. In order to scare the family out of their home, the Maitlands seek out the help of Beetlejuice. But this eccentric character has his own agenda…

The thing about the character of Beetlejuice is that he is as comical as he is horrifying. As a viewer of the film, you know not to take Keaton’s portrayal too seriously, but there is something about his character that is rather unsettling. From the uncontrolled movements, to the iconic striped suit and the crazy green hair: Beetlejuice is an unforgettable horror character. 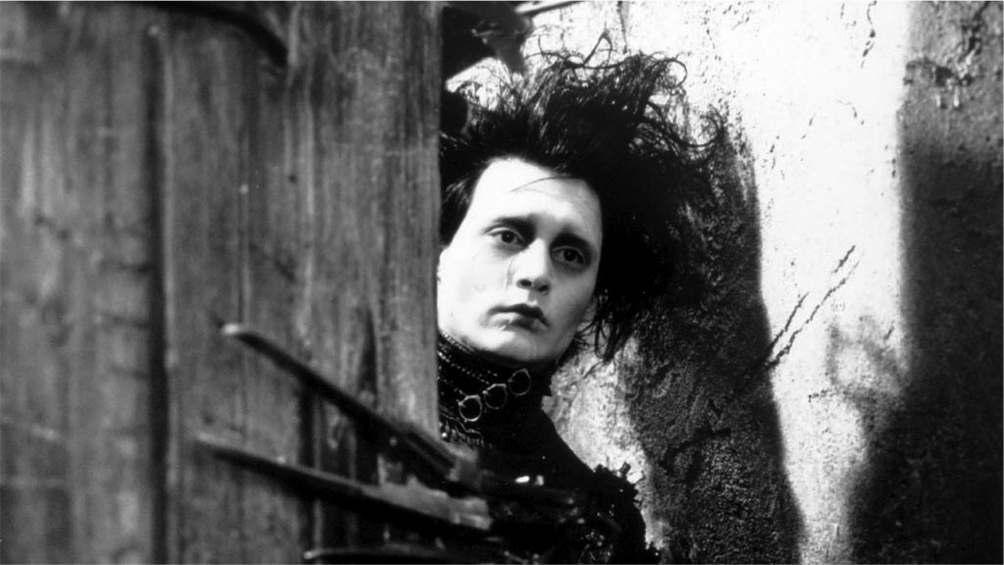 “Edward Scissorhands” might not be the best-known film Tim Burton has ever directed, but it is certainly one that lingers the longest after watching it. After its release in 1990, “Edward Scissorhands” received overall positive reviews, with high praises for both Burton’s directing and Johnny Depp’s portrayal of the title character. Edward is a fragile and gentle young man, but instead of hands, he has scissors.

Edward is not an evil character. He is innocent and fragile and does not mean any harm – but still, there is something horrifyingly unsettling and creepy about Edward. The pale white skin, the black bird eyes, the leather-strapped costume and the messy black hair that was inspired by Robert Smith of The Cure: it shouts both fragility and horror. This is why the character of Edward Scissorhands is one of the creepiest in the Tim Burton universe: he gets under your skin. You are as touched by him as you are terrified of him. 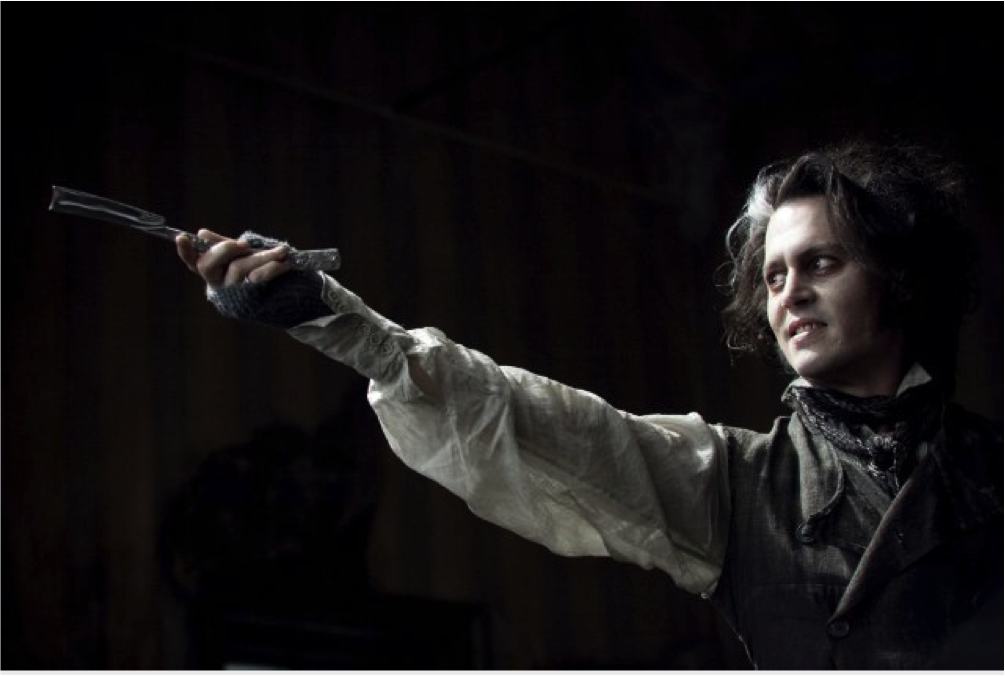 In 2007, Tim Burton directed “Sweeney Todd: The Demon Barber of Fleet Street,” based on the classic Broadway musical. The film features the original score and songs by Stephen Sondheim, whose musical interpretation of the classic tale of a vengeful barber made him a hero in 1979. Burton reimagined the story of Benjamin Barker (Johnny Depp), who returns to 19th century London after 15 years of banishment, to plot revenge on those who have wronged him. Under the name of Sweeney Todd, the barber sets on a bloody killing spree throughout London, with the help of Mrs. Lovett (Helena Bonham Carter), his sinister partner in crime.

Johnny Depp portrays not only the most characters in the universe of Tim Burton, he also portrays what I find to be the creepiest: Sweeney Todd. In contrast to Edward Scissorhands, Todd does mean harm and is, in fact, evil. He is a murderous barber and sheds blood like there is no tomorrow. Depp portrays Todd both with sincerity as well as humor. There is insanity in his eyes as well as honest understanding of the character. Depp makes Todd real and it sincerely creepy.

Eden is a student, living in the Netherlands, dreaming of a journalist career. She writes, reads and spends a lot of her time at the local cinema - all in preparation for the previous stated career, of course. Apart from British drama series, writing novels and strawberry shortcakes, Eden loves everything about films: watching films, writing about films, discussing films at the dinner table… everything.
You might also like
Tim Burton

by Zack Miller on January 19, 2015
Paddington (the movie), just like Paddington (the bear), is messy and endearing while pretending to be something it's not.
Comments
Leave a reply
Add Comment Register

END_OF_DOCUMENT_TOKEN_TO_BE_REPLACED
Taylor Sinople Picks: The 16 Best Films of 2016
Form and Function in Alex Ross Perry’s “Queen of Earth&...
Digging for Fire and Unexpected: Husband and Wife Process Parenthoo...
Every Thing Will Be Fine 3D Review