Seven Year Itch: Into the Wild 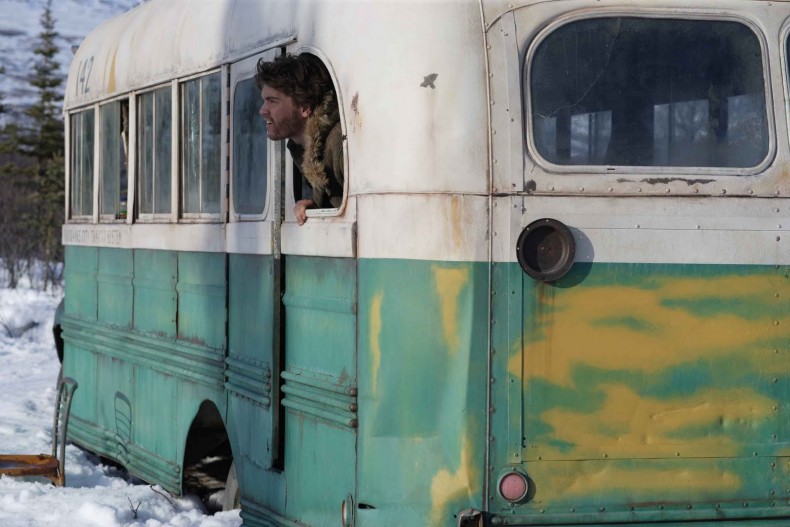 Sean Penn's character study and ode to the American landscape makes "Into the Wild" a near-masterpiece that holds up beautifully.

It is widely accepted that 2007 was the great year in modern film. That year saw the release of the Coen Brothers’ “No Country for Old Men,” Paul Thomas Anderson’s “There Will Be Blood,” and David Fincher’s “Zodiac,” amongst many other great films. While Sean Penn’s “Into the Wild” may not quite be the masterpiece those other 2007 releases are, it is a powerful film that seven years later still transfixes me, but for completely different reasons than when I first saw it.

“Into the Wild” was Penn’s fourth directorial effort after “The Indian Runner,” “The Crossing Guard,” and “The Pledge.” Each of those films is stately in its direction without holding any sense of an auteur’s vision. The grand unifier in those films was Penn’s ability to bring out incredibly nuanced and powerful performances from his actors.

With “Into the Wild,” Penn took on his most ambitious story about an intellectually-driven young man, Christopher McCandless (Emile Hirsch), who purposefully extricated himself from society. The film begins as McCandless graduates from Emory University and chronicles his travels over the next two years, ultimately leading to a bus deep in the Alaskan wilderness.

The film is based on Jon Krakauer’s book and McCandless’ own journal about the final two years of his life. Though the film is traditionally told, Penn presents the final years in McCandless’ life like a kaleidoscope. His journey from Atlanta, Georgia; to California; to Mexico; and eventually to Alaska is the thrust of the film, but not the heart of it. The beating heart comes from the people that pepper the story along the way.

Much of the running time of the film is dedicated to McCandless, who, in a move of self-reinvention, changes his name to Supertramp. Much like the authors he constantly reads – Thoreau, Whitman, and Tolstoy – Supertramp is in awe of the majesty of the natural world. Similarly, Penn and his director of photography, Eric Gautier, are drawn to the natural landscape of the varied American wilderness and they capture the inherent romanticism of casting oneself out of society and desiring to rely on the natural world for survival. This romanticism is suggested in the film’s many memorable exchanges; namely one in which a character named Jan tells Supertramp, you can’t only rely on twigs and berries and he eloquently replies, “I don’t think it is safe to depend on much more than that.”

Jan (Catherine Keener) and Rainey (Brian Dierker), a pair of hippies traveling around the country in their RV, form the first of three primary relationships Supertramp encounters in his travels. Jan seems to recognize the desperation of a young man who throws his life away and renames himself “Supertramp,” but the depths of Jan’s intrinsic maternal instincts towards Christopher are not revealed until later in the film.

Supertramp’s relationship with Ron Franz (Hal Holbrook) comes very late in the film, but this is the relationship that the film hinges upon. It unfolds in quietly-heartbreaking sequence after quietly-heartbreaking sequence. Ron is a widower who lost his wife and son forty years earlier and has never truly recovered. He lives alone, and has done so since their death.  He is an only child of parents who were only children when they had him. This chapter with Ron highlights Supertramp’s true selfishness and his inability to consider the people around him.

Penn’s film is elegantly structured, bouncing from these rendezvous with people Supertramp meets along the way, to his life in the mystery bus in Alaska, to his family back in Virginia. Much of the film is comprised of two voiceovers: Supertramp and his sister Carine (Jena Malone). Carine’s voiceover is a key to understanding the reason for his rebelling from society. Supertramp isn’t merely an “aesthetic voyager” as he calls himself, but a very disturbed young man who is dealing with a fractured family life. Secrets are revealed about his parents (played by William Hurt and Marcia Gay Harden) that uncover the foundation of Supertramp’s struggles.

What makes Supertramp more than just a one-note-wanderer is his clear contradictions. He detests societal norms, but he has no problem working at a Burger King for a little extra money. The clearest contradiction is the question of why this “aesthetic voyager” – this young man striving to reconnect with the earth – choose to spend his last days in a bus in the middle of the vast wilderness rather than beneath the sky. Penn doesn’t have the answer, but Supertramp is so fully formed by Hirsch’s portrayal that the questions are enough. Hirsch undergoes a radical physical transformation for the film. He gives a powerful performance; one that embraces all the fears, anxieties, and freedom of this young man.

Despite the strength of Hirsch’s performance, the supporting characters shine so bright that the film feels almost like an ensemble. The standout performance is from Hal Holbrook as Ron Franz. Holbrook gives a heartbreaking performance and his final scene is a master class of control.  The rest of the ensemble is quite strong, but Holbrook squeezes every drop out of the performance that he can.

“Into the Wild” may have been Penn’s fourth film, but it seems in many ways like a first feature. It was a passion project for Penn, and it shows. The film sometimes seems to search for a true auteur’s voice, but because it is so earnest and sincere it is at no fault to Penn. Some of his decisions seem slightly off, particularly in one moment when Supertramp breaks the fourth wall. It is the only instance in the film where this happens, and it doesn’t seem of a piece with the rest of the film. But, Penn beautifully presents a scared and confused young man who is searching for happiness, only to find how to obtain happiness too late.

In 2007 I responded to the romanticism of the film, and it was easy to do that, particularly as an idealistic young man who read Supertramp’s excision from society as enviable. In 2014 the film worked in a very different way for me. The contradictions of this young man seemed larger, his selfishness more clear. The film is still romantic, and it still holds a certain kind of hypnotism. In a year of masterpieces, “Into the Wild” isn’t quite to that level, but it is close. To call something by its right name, Christopher McCandless at one point says, “It is more important to feel strong, than to be strong.” Penn’s film feels strong as it is passionate and intimate, but most importantly it feels honest.

by Zack Miller on September 11, 2014
The Rebecca Cohn Auditorium is home to innumerable Halifax events ranging from live theatre to concerts, comedy shows to Symphony Nova Scotia. I even walked across its stage for my university graduation. On the opening night of the 34th Atlantic Film Festival, though, it played host to a movie screen for the very first time. […]
Comments
Leave a reply
Add Comment Register

END_OF_DOCUMENT_TOKEN_TO_BE_REPLACED
Taylor Sinople Picks: The 16 Best Films of 2016
Form and Function in Alex Ross Perry’s “Queen of Earth&...
Digging for Fire and Unexpected: Husband and Wife Process Parenthoo...
Every Thing Will Be Fine 3D Review