Here’s what’s new to Netflix Instant for the week of July 7. 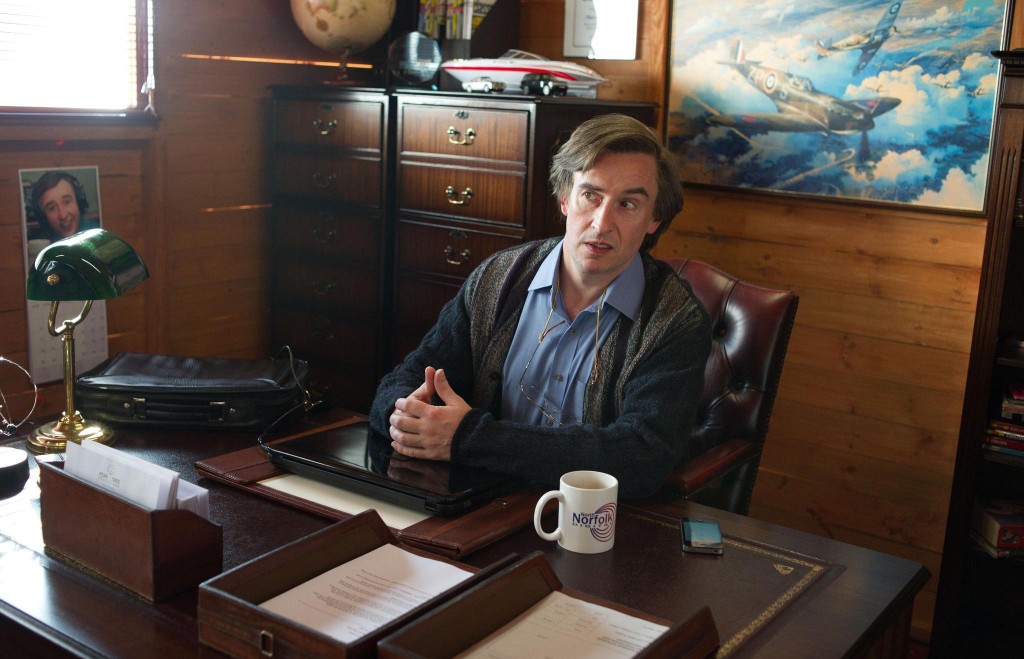 What do you get when you mix one part David Brent, one part Austin Powers, and one part Steve Coogan in “The Trip”? Well, it would be something close to Steve Coogan as Alan Partridge in “Alan Partridge: Alpha Papa”. Silly film algebra aside, Partridge is a character with a long and celebrated history in British media, but for those like myself who are unfamiliar with Coogan’s bumbling narcissist, that concoction is a pretty good indicator of what to expect. After somewhat of a fall from grace, “Alpha Papa” finds Alan as a talk-radio DJ at a station that has just been bought. Facing unemployment, he throws a colleague under the bus – a plan that backfires when the spurned jockey (Colm Meaney) returns with a shotgun and takes hostages, refusing to speak to anyone but Alan. Coogan hilariously oscillates between showing concern for the captives and milking his newfound limelight, spending decidedly more time in the latter camp. The writing is quick and sharp with jokes ranging from bone dry to unabashedly foolish, and there is no shortage of sight and sound gags to keep you laughing between the perfectly delivered lines.

Christian Bale and Woody Harrelson lead a star-studded ensemble in this crime drama about two brothers caught in a vicious tangle of violence and fate.

The titular Divine is a fascinating and polarizing icon of popular culture, and this documentary examines the life of John Water’s cult hero muse.

The cinematography in this biopic is a beautifully artistic tribute to its subject, famed French impressionist painter Pierre-Auguste Renoir. The film captures the relationship between Renoir and his son Jean, the renowned filmmaker.

The Battered Bastards of Baseball (2014)

This can-do documentary is an original Netflix production about the Portland Mavericks, an independent minor league baseball team that included Kurt Russell, whose father owned the organization.

A coming-of-age story wrapped in a documentary, “Maidentrip” follows the journey of Laura Dekker, a 14-year-old from the Netherlands attempting to sail around the world all by herself.

Zack is a software developer from Halifax, Nova Scotia moonlighting as a cinephile - until the weekend, when those roles reverse. He can often be found thoughtfully stroking his beard or thoughtfully stroking his cat. Despite remaining in the sitting position almost exclusively, he occasionally makes time to be bent into other shapes during jiu jitsu practice. You can aggresively shout your opinions and objections at him via Twitter or in person (anywhere beer is served).
You might also like
Christian BaledocumentarynetflixSteve Coogan

by Maximilien Luc Proctor on February 10, 2015
The newest film by auteur filmmaker Terrence Malick, Knight of Cups treads ground already familiar to the director’s oeuvre while standing apart in key ways. In what is one of the few times an A-list actor was used in the entirety of a Malick film without a significant portion of his performance getting left on […]

by Taylor Sinople on March 31, 2014
At least one of Terrence Malick’s new films (shot simultaneously over the course of several years) has a chance at debuting at Cannes this year. Malick has been working on an untitled film set in the Austin, Texas music scene, but “Knight of Cups” – a film about celebrity excess – has received more publicity […]
Comments
Leave a reply
Add Comment Register

END_OF_DOCUMENT_TOKEN_TO_BE_REPLACED
Taylor Sinople Picks: The 16 Best Films of 2016
Form and Function in Alex Ross Perry’s “Queen of Earth&...
Digging for Fire and Unexpected: Husband and Wife Process Parenthoo...
Every Thing Will Be Fine 3D Review