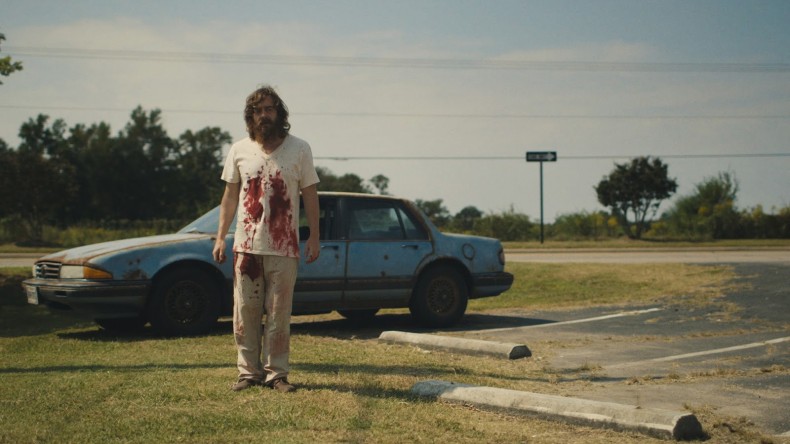 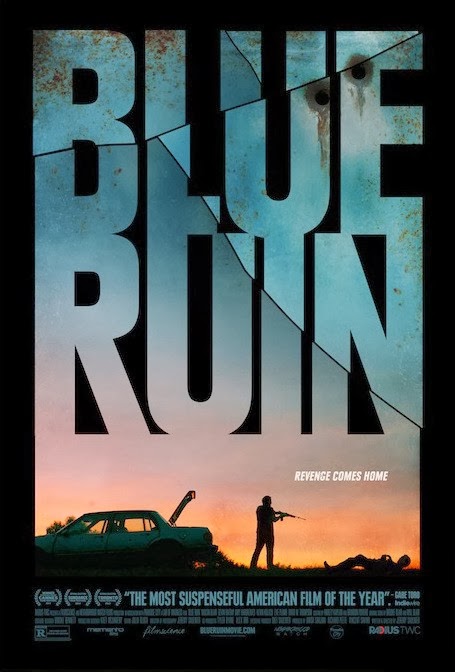 Upon hearing of the early prison release of his parents’ murderer, Dwight, a mysterious vagrant living out of his car, returns to his hometown to exact brutal revenge. Clumsy and inept with matters of violence, Dwight ends up starting a turf war with a backwoods family and enlists the help of an old high school buddy to arm up and protect what’s left of his estranged family.

We first saw “Blue Ruin” – a film we call “deliciously dark” – in October of 2013 at the Chicago International Film Festival, where we gave it a well-earned spot in our Best of the Fest summary.

“Blue Ruin” is an uncommon take on the revenge thriller that finds itself more interested in the aftermath of the act of revenge than the journey to fulfill it. The allure of this dark, minimalist gem is something that’s all too rare in independent cinema today – a strong point-of-view character. Dwight looks, we look, we want to look.

Check out our full review with a special transcript of the festival Q&A with director Jeremy Saulnier.

Taylor is a Chicago-based writer and aspiring film historian. He is the editor here at TFP, and has contributed to a number of international publications such as Cinema Scandinavia, PopMatters, and Room 101 Magazine. He can also be found listening to podcasts, researching topics he has little use for, or running after a city bus.
You might also like
Blue Ruinindependent filmsJeremy Saulnier

by Taylor Sinople on October 12, 2013
“Blue Ruin” is an uncommon take on the revenge thriller that finds itself more interested in the aftermath of the act of revenge than the journey to fulfill it.
Comments
Leave a reply
Add Comment Register

END_OF_DOCUMENT_TOKEN_TO_BE_REPLACED
Taylor Sinople Picks: The 16 Best Films of 2016
Form and Function in Alex Ross Perry’s “Queen of Earth&...
Digging for Fire and Unexpected: Husband and Wife Process Parenthoo...
Every Thing Will Be Fine 3D Review