by Maximilien Luc Proctor on December 8, 2014 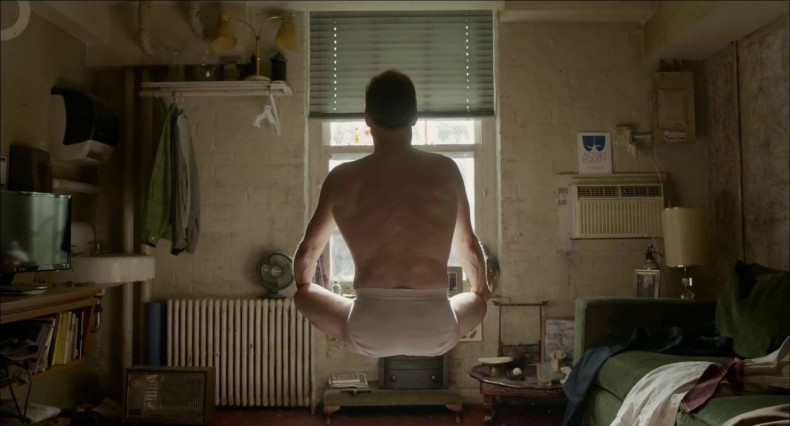 On the surface, movies general tend to focus all of their primary efforts on relating a narrative arc in a way that keeps viewers engaged – from academically-minded cinephiles to families that just want to be entertained in the dark for an hour or two. Surprisingly, films which make no direct reference to the act of filmmaking (and indeed do everything possible to maintain a willful suspension of disbelief) can often been read and dissected in ways which highlight a film’s place in the order of things as being just that: a film. Yet on occasion, films are seemingly made self-aware and focus on their own artifice on the surface level – they are movies which are literally about the very act of making movies – and there are plenty of great ones.

William Greaves’ barely feature-length film is sort of like an idea an art-student friend of mine once posed: ‘what if you filmed an entire movie, but then just cut together and screened the outtakes?’ In the case of “Symbiopsychotaxiplasm,” there are a handful of outtakes with a whole lot of behind-the-scenes and making-ofs. A mix of performance art, experimentation, and low-budget guerilla filmmaking, “Symbiopsychotaxiplasm” is the kind of film that’ll have you re-evaluating what the medium is capable of.

Apart from the fact that it is an animated film, Satoshi Kon’s “Perfect Blue” has more in common with “Code Unknown” and “Inland Empire” than would be expected. All three use meta-reveals of “it was all just a scene being filmed!” on numerous occasions to deeply chilling effect.

Using its title most aptly, “Adaptation” is about adapting the reality of adapting a book to the screen and the ways that plants and animals – humans included – adapt to ever-changing situations. It’s also two of Nicolas Cage’s greatest performances – he plays twins, and it’s a thrill to watch.

Michael Haneke once countered Godard’s famous quote with a revision all his own: “Film is lies, 24 times per second.” Indeed, his filmography is largely preoccupied with questions of trying to uncover impossible truths in worlds built on lies. Never is the fourth wall so boldly broken as in his purposefully perverse “Funny Games,” yet it is only in “Code Unknown” that everything is so explicitly linked to the act of filmmaking. The film’s title speaks to the difficulties audiences have trying to decipher it: Haneke hands us this puzzle without a solution or even a set of rules.

“8 ½” has maintained its spot in the classics canon by daring to do what it did so long ago. It was hardly the first film to fictionalize and depict what happens behind the scenes, but it was one of the first to turn such a scenario into such a deeply personal exploration of an artists’ psyche, using the great Marcello Mastroianni in the role of Guido as a partial stand-in for the character of Fellini himself.

Like so many films on this list, Abbas Kiarostami’s modestly brilliant 1990 “Close-Up” is an examination of what it means to be an artist. The film’s protagonist is a con-man and is taken to court for it. His crime: impersonating a film director he admired in order to fool a family into befriending him and allowing him to shoot his next (imaginary) film in their home. The implicit question Kiarostami asks by filming these proceedings: “is this man not also an artist in his own way?” That Kiarostami had all the key players play themselves in dramatic re-enactments of key events only adds another later to the film’s strange beauty.

4. Birdman or The Unexpected Virtue of Ignorance (2014) – directed by Alejandro González Iñárritu

“Birdman” is a real treat, and one of the best films of 2014. Michael Keaton’s Riggan Thomson is a former movie-star now looking to leave his superhero persona behind and become a respected artist by staring and directing his own adaptation of a Raymond Carver short story for the theater. From the opening credits indebted to Godard to the thematic influences of “8 ½” by way of “The Red Shoes” to the feature-length long “fake,” which so wonderfully reflects the one-shot long-take nature of theater performances, “Birdman” is a joy for the senses.

Billy Wilder’s seminal Hollywood film, “Sunset Blvd” is steeped in history while looking forward. It is often cited by David Lynch as one of his favorite films as well as one that had a particularly large influence on “Mulholland Dr.” The film is unforgettable and rightly regarded as a classic. It is hardly a condemnation of the classical Hollywood system, but it does take a good, long look at the dark psychological problems brought upon those unfortunate enough to live through a time of immense fame, only to see it all disappear all too soon. Its final scene is one of the most iconic in film history, and ends on exactly the right note.

The two most recent films by David Lynch, and the only two he’s made in the new millennium (so far), “Mulholland Dr” and “INLAND EMPIRE” are like siblings separated at birth: they have a lot in common but each grew up to be unique. Whereas “Mulholland Dr” examines Hollywood culture up close and personal, “INLAND EMPIRE” focuses almost entirely on one actress and her internal struggle with acting and life in general.

One key type of scene present in both films multiple times has to do with the acting-out of a scene from a film-within-the-film. In “Mulholland Dr,” Naomi Watts’ character must audition for a role and seems to lose herself along the way. Lynch does everything in his power to make sure we lose ourselves in the scene’s brief runtime as well, creeping slowly into a close-up of the pair, draining the room of any sound other than their voices. He makes it easy to forget the pair aren’t alone and don’t mean the words they’re saying, thereby highlighting the artificiality of dramatic narratives in general.

In “INLAND EMPIRE,” Laura Dern’s character loses herself in an acting role, constantly awakening into and out of new dreams which may or may not be alternate realities. On numerous occasions, entire scenes play out only to have their sense of reality shattered by a loud “cut!” or slow pull-out at the end.

In both films, Lynch correlates viewing or acting in a film with dreaming. This is not unlike Christian Metz’s ideas on the “cinematic apparatus,” namely, that watching a film is like watching a dream unfold in the mind’s eye, or that sitting comfortably with food and drinks in the dark of the cinema is akin to re-entering the womb.
Despite all their similarities, both present vastly different stylistic means of examining psychology within the context of filmmaking.


Jean-Luc Godard is a name that will forever be important and relevant in the history of cinema, not least of all for his 5-part video-anthology examination of film history, “Histoire(s) du Cinema.” In his 1966 film, “Masculine Feminine,” a character famously states that “Photography is truth. Cinema is truth, 24 times per second.” Yet from his feature debut, he seemed only interested in making films which fought this idea of an objective truth, which constantly fought against a suspension of disbelief. This list could’ve been made up entirely of Godard films without much difficulty, but two films in particular stand out for their unique daring and beauty.

“Contempt” tells the tale of a film being made adapted from Homer’s “Odyssey,” as directed by Fritz Lang and the troubled relationship between the film’s screenwriter and his wife, played by none other than French superstar Brigitte Bardot.

“Passion” is a breathtaking series of living-tableaux compositions and sequences created for a film being made within the film, with a director character acting as a partial stand-in for Godard. Yet beyond its stunning visual accomplishments, the film is a meditation upon love, passion, and work – and how solid or malleable the borders between each really are.

Maximilien Luc Proctor graduated with a Bachelor’s degree in Film and Media Studies at the University of Oklahoma. In his spare time he plays guitar and sings in a band, as well as watching and making films however and whenever possible – as a one-man-production-team making avant-garde shorts or as a director of a small-scale independent feature productions. He likes what he sees in cinema and wants to celebrate the good stuff whenever possible.
You might also like
AdaptationBirdmanMovies about Movies

by Jakob Johnson on August 24, 2014
With 77 and counting credits to his name, it is nothing less than a true challenge to pick the ten best roles Nicolas Cage has delivered. His career spans over 30 years and encapsulates performances that range from the truly bizarre to grounded and realistic.
comments
Leave a reply
Add Comment Register

END_OF_DOCUMENT_TOKEN_TO_BE_REPLACED
Taylor Sinople Picks: The 16 Best Films of 2016
Form and Function in Alex Ross Perry’s “Queen of Earth&...
Digging for Fire and Unexpected: Husband and Wife Process Parenthoo...
Every Thing Will Be Fine 3D Review