Features
5
0
previous article
Review: Fatherland
next article
A Fresh Look At: My Own Private Idaho (1991) 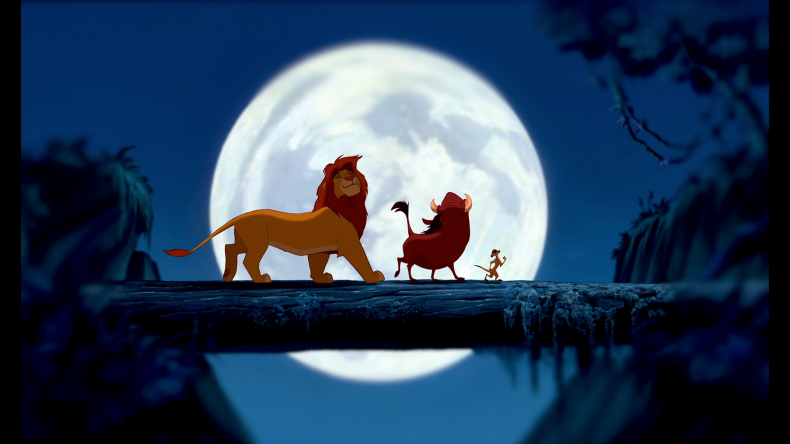 Does one of the greatest Disney films of all time still surpass competition even twenty years later? By the early 1990’s, it was clear that Disney animation had finally risen back to its former glory. Disney films were grander, more ambitious in scale, and simply exceptional. No film highlights the legendary Disney Renaissance better than “The Lion King,”still considered the pinnacle of Disney animation.

Released in the summer of 1994, “The Lion King”was an unprecedented international success, resonating with audiences across the globe and grossing more than $700 million at the global box office – a figure previously unheard of for an animated film. Even to this day, “The Lion King”holds the record for the highest grossing hand drawn film of all time – a title that will likely never be broken, due to the recent decline of traditional animation. This domination continued not only in our cinemas, but also on the home video market, becoming one of the highest selling titles of all time, and being re-released numerous times on VHS, DVD and most recently, Blu-ray. The movie has inspired two sequels: “The Lion King II: Simba’s Pride,”and “The Lion King 1 1/2: Hakuna Matata.” Also, sparked by its 20th anniversary this year, Disney is set to broadcast a new television movie and series “The Lion Guard.” Even two decades later, “The Lion King”remains as popular as ever. Why does this film continue to win the hearts of many around the world? Simply put: it’s remarkable.

The story, a loose adaptation of Shakespeare’s “Hamlet,”tells the story of Simba (Matthew Broderick), a lion cub who Just Can’t Wait To Be King. Simba’s father, Mufasa (James Earl Jones), is the beloved king of The Pride Lands. This father-son relationship is beautifully established, and incredibly believable, with Mufasa guiding and teaching his son about the nature of the world and the creatures within it. We die, we become the earth, we grow anew, and thus feed the next animal in the food chain, ultimately leaving us “all connected in the great circle of life.” Tragedy soon enters the scene when Mufasa’s jealous brother Scar (Jeremy Irons) plots treason in order to overthrow him and usurp the throne, compelling Simba to flee the lands. Simba meets his new friends, the hilarious duo Timon (Nathan Lane) and Pumbaa (Ernie Sabella), who act as both a source of comedy relief, and teach him the importance of Hakuna Matata (it means no worries). Eventually Simba is forced to realize his true purpose in life, that is, not to run away from his problems and to face his past, and take his father’s place as the rightful king.

It is easy to assume that the “The Lion King” may just be another ‘talking animal’ film made simply to occupy younger audiences. However, it manages to play out very much like an intense, real-life drama. Universal emotions and themes are prevalent throughout, such as ambition, grief, betrayal, acceptance, and even death. Along with plots circling around political conflict, accepting responsibilities and coming to terms with who you are. The themes in this film are considered to be dark and adult, but are handled with such competence and sophistication that on the whole, it is certainly a film for everyone – not just little kids, and not just mature adults. Everyone will find something to take away from it (somewhat of a rarity with animated films of recent years).

One of the true, and most iconic standouts of “The Lion King” is the music. The soundtrack only elevates the already grandiose and epic picture; arguably being the greatest Disney movie album of all time. Impeccably crafted songs and a score that reverberate the sounds and rhythms of the African savannah find their home in this legendary musical. Music idols Elton John and Tim Rice deliver one memorable number after another, from the grand opener “Circle of Life” to the sublime “Can You Feel The Love Tonight,” which won the Oscar for Best Original Song. All five songs featured in the film are authentic musical masterpieces. The score by the revered Hans Zimmer is equally tremendous. Every note reflects the raw, exotic sounds of Africa, with a genuine African chorus to accompany several pieces. The composition behind the “The Lion King”perfectly accompanies the visuals and story, thus spawning its own musical, which is currently the highest grossing Broadway production of all time.

Each and every character is well crafted, but their emotions and motivations are even more so. As mentioned earlier, this movie plays out much like a human drama. The darkness of “The Lion King”is perfectly balanced with the more light-hearted, and humorous moments. Timon and Pumbaa serve up some tasteful and memorable humor, whilst also being an important and integral part to the story, by subsequently giving Simba a different perspective on life. Other supporting characters such as Zazu (Rowan Atkinson) the hornbill, Rafiki (Robert Guillaume) the baboon, and Simba’s childhood friend and romantic interest Nala (Moira Kelly) all have their notable and memorable moments. Ultimately, it’s Simba and Mufasa’s relationship which acts as the foundation of the story, as well as what drives it. Not to mention Scar, who has jealousy-driven motives, a nonchalant demeanor, and allows for nothing to stand in his way. The main character of this story however, is Simba. This lion is immediately both likeable, and relatable at the same time. His long, arduous journey from childhood to maturity is something we all encounter. Like many of us, Simba loses his way, makes the wrong decisions, but realizes his mistakes and seeks to rectify them.

Finally, there is the animation. “The Lion King” easily boasts some of the best hand-drawn animation ever to emerge from Disney. The colors are both vibrant and nature-inspired, with oranges, greens and blues adorning the screen. Character designs are unique and full of emotion, whist maintaining the anthropomorphic style that Disney perfected. There are simply too many standout sequences in this film to count: the sun setting on the wild African plains, the Be Prepared musical arrangement, and of course, the awe-inspiring wildebeest scene, where thousands of computer-rendered, maddened wildebeest charge down a dusty slope in a frenzy. This computer animation is surprisingly well executed for the time, and still holds up to this day.

“The Lion King” is a superb masterpiece, and a true testament to the power of excellent storytelling. This is one of few films where everything comes together perfectly, and the end result is something both majestic and epic. A marvelous story, stirring emotional conflict, illustrious music, engaging characters and outstanding animation make this one of the greatest Disney animated films of all time, and one that still stands tall twenty years later.

Jess is a 21 year old university student studying English Literature. Born and raised in England, she's an aspiring writer and film lover, with a strong affinity for cats.
You might also like
disneythe lion king

by Zack Miller on June 29, 2014
The exciting neo-Western "Lawless" is new to Netflix Instant this week, along with a Disney favorite and some new hijinks from the Jackass crew.

The Five Disney Animated Films That Raised Me

by Tyler Ward on June 22, 2014
Nostalgia is a risky business. Sometimes, we have to come with terms with the realisation that something that we loved in childhood really wasn’t that great, and that our obsession with a certain television show, musical artist, or film was simply a result of unrefined taste and lack of higher-quality art with which to compare […]

END_OF_DOCUMENT_TOKEN_TO_BE_REPLACED
Taylor Sinople Picks: The 16 Best Films of 2016
Form and Function in Alex Ross Perry’s “Queen of Earth&...
Digging for Fire and Unexpected: Husband and Wife Process Parenthoo...
Every Thing Will Be Fine 3D Review