Japanese Noh More: The Gothic Side of Kurosawa’s “Throne of Blood” (1957) 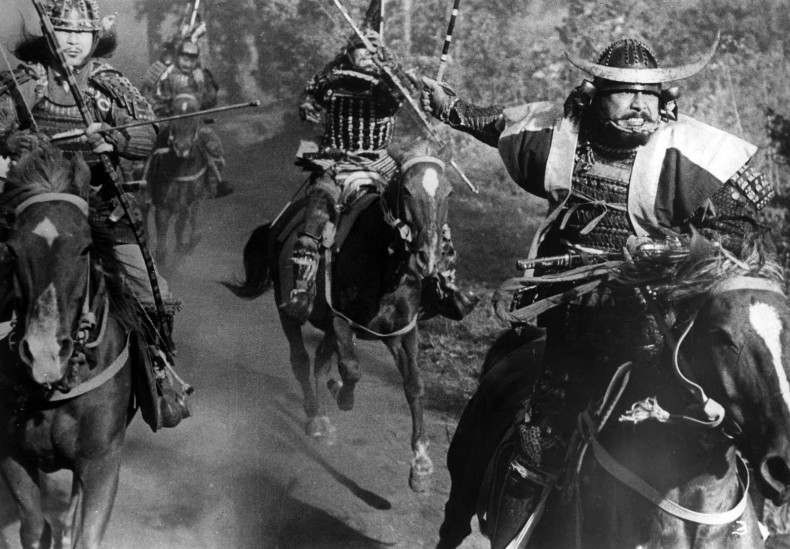 What makes Akira Kurosawa’s “Throne of Blood” (1957) so appealing is that it is both an adaptation and a period piece. This take on Shakespeare’s “Macbeth” has been infused with Noh Theater, a famous Japanese art form, and set during the time of medieval Japanese civil wars that decimated the country (Prince). In the end, Kurosawa created an eerie tale about human greed and the decay of morality that pays homage to some of his favorite art forms. However, even though there is an addition of Japanese culture and a subtraction of Shakespearean modes, a further analysis of the film showcases that Kurosawa utilizes tropes of Gothic literature, a decidedly European genre, by relying on the adaptation of an English story.

The story centers on Washizu (Toshirô Mifune), a high ranking general, who is prodded by both his wife, Asaji (Isuzu Yamada), and a mysterious spirit (Chieko Naniwa) to fulfill a prophecy claiming his rise to the role of leader. To reach the top, he must kill the one of the closest people to him, his best friend, Miki (Minoru Chiaki), along with many other innocent people. This leaves a great deal of blood on his hands and eventually leads to his own demise.  Each element here is obviously in line with Shakespeare’s “Macbeth,” a play that can be read as a Gothic text.

Not to be confused with architecture or angst-riddled teenagers, the Gothic genre is built on an “ingrained distrust” of medieval institutions like a monarchy (Baldick xiii). The Gothic genre is also concerned with the representation of the past, as it focuses on the “tyranny and superstition” of the Middle Ages (xiii). What this manifests into, in terms of storytelling, is a claustrophobic setting to create a sense of societal “decay” (xx). The rulers that occupy this confined space greatly abuse their power, and they rely on superstition — in the form of ghosts or phantoms — to guide them through their leadership decisions. However, these ghosts and phantoms are meant to show the “delusion” of a person rather than to serve as an element of horror (xix). While the Medieval Ages are the main focal point of the genre, it is the “survival” of these negative aspects like cruelty and superstitions that hinder the future generations (xix). Therefore, even though stories like “Macbeth” and “Throne of Blood” are set far in the past, they are making a statement about more current times.

Kurosawa’s direction is a fantastic indication of Gothic influence. Almost every shot in the film gives off the idea of confined space. While this highlights Kurowsawa’s use of Noh Theater, as he wanted to create the feeling that the actors were on a stage, the lack of both close ups and space between actors makes the audience feel uncomfortable, like all is not well in this time. One scene that stands out is when Washizu and Miki are nearly at the resting place of the spirit that foretells their prophecy. Miki and Washizu are mere feet from each other. As if this does not convey the feeling of discomfort enough, there is a large pile of bones in the background. People have begun and continue to rot away in this society. It also shows how there has been no change in the way of thinking. People are still making the same mistakes that lead to their death. 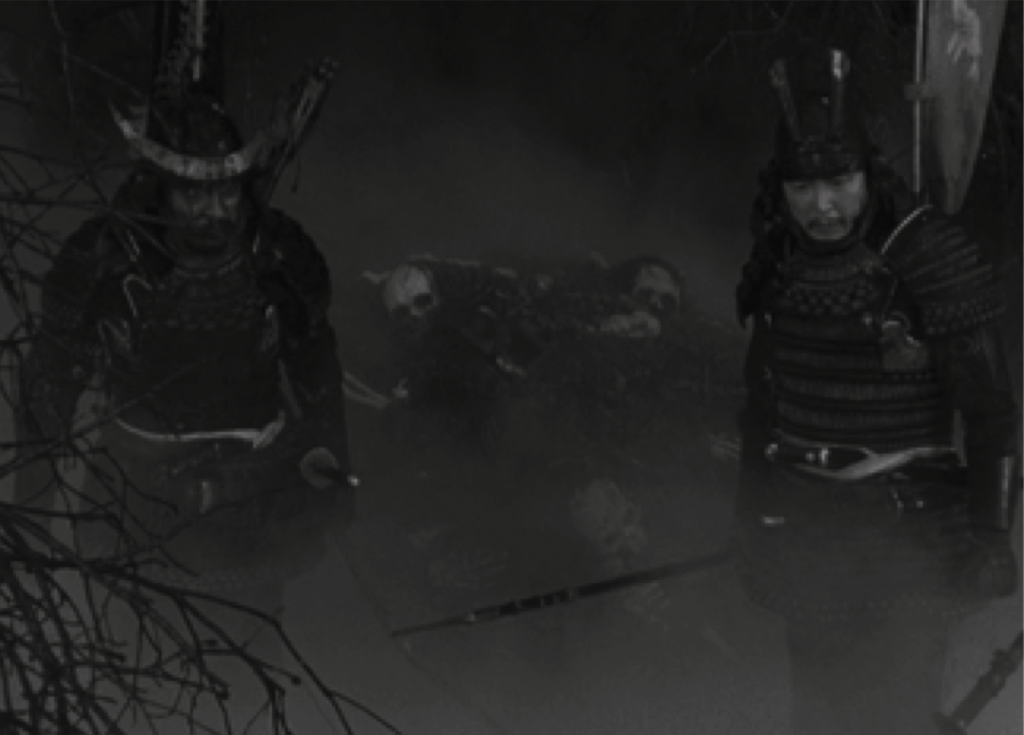 Brutality and murder are also ever present in the film. As stated earlier, “Throne of Blood” is set during Japanese civil wars. Therefore, a majority of men in the film are equipped with a sword and armor. However, it is the presence of supernatural elements within this brutality and superstition that are so intriguing. When Miki and Washizu find the spirit that tells them their future, she remarks how they will rise above their current titles and Washizu will eventually become ruler. However, Miki’s heir will rule after Washizu. While her makeup is something similar to a Noh performer, both men believing in the spirit’s prophecy shows the “superstition” found in the Gothic genre. Also, the loom in front of her spins in a near perfect circle. This represents how the evil and illogical nature of society is a cycle that continues over and over again.

What this superstition does is add to the abuse of power, bloodshed, and delusion. This is evidenced after Washizu kills Miki, one of his highest generals, after it is discovered that Miki’s prophecy will put an end to Washizu’s reign. Washizu is abusing his power to keep it. However, Miki does not leave the screen once he is murdered. During a dinner with his generals, the only thing Washizu can focus on is a ghostly figure of his murdered friend. Since he is the only one that appears to see the ghost, the audience is reminded of Gothic-style superstition, murder, and insanity all in one scene. 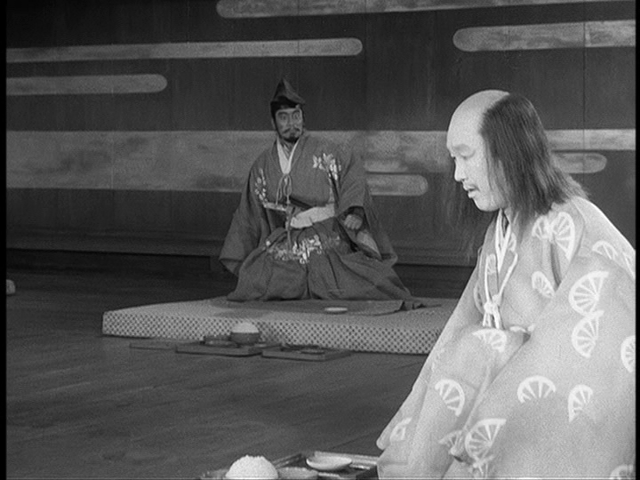 Miki’s ghost reveals himself to Washizu

As if the frayed morality of the current times is not enough of an indication of Gothic influence, it is also important to note how the future generations are affected by this harsh society. During the beginning of the film, Asaji remarks that she is with child. This comes as a shock to Washizu for it was believed they could not conceive. By the end of the film, Washizu and Asaji’s spiral into brutality and delusion is complete — which proves deadly to their child. As Washizu awaits the birth of his only child, a nurse comes to his waiting place to announce that the child did not survive the birth. While it may have been a complete coincidence, the fact that future generations cannot live in a place of superstition and brutality is highly reminiscent of those essential Gothic tropes.

There is no way to ignore Kurosawa’s inclusion of Japanese theater into “Throne of Blood.” From the setting to the makeup, there are heavy traces of Noh Theater in the film. However, with a proper understanding of the Gothic genre, once can also see the European elements in this piece of Japanese cinema.

END_OF_DOCUMENT_TOKEN_TO_BE_REPLACED
Taylor Sinople Picks: The 16 Best Films of 2016
Form and Function in Alex Ross Perry’s “Queen of Earth&...
Digging for Fire and Unexpected: Husband and Wife Process Parenthoo...
Every Thing Will Be Fine 3D Review