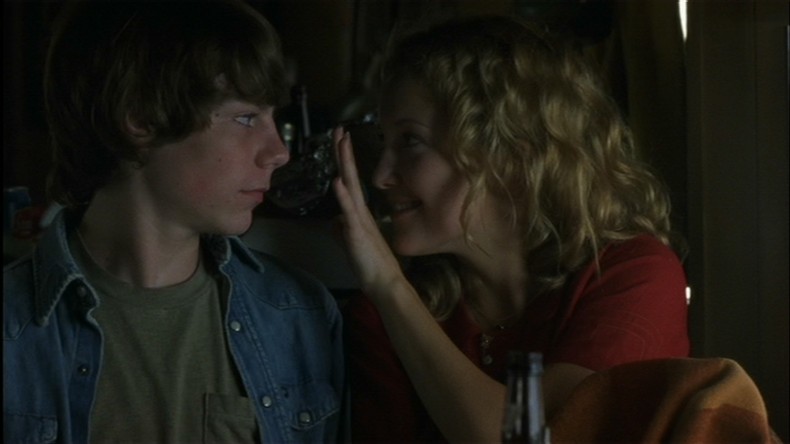 When someone asks me what I love about writing, I usually respond with a quote: “To begin with: Everything.” This line is from my all-time favorite film, “Almost Famous.” Directed and written by Cameron Crowe, the story is autobiographical and follows 15-year-old aspirant writer William Miller (Patrick Fugit) as he lucks into writing an article for Rolling Stone. Set in the glorious 1970s, William travels with emerging rock band Stillwater in their touring bus named “Doris,” accompanied by eccentric characters and an amazing soundtrack.

One of these eccentric characters is famed rock critic Lester Bangs (Philip Seymour Hoffman), William’s mentor. From the comfort of his chaotic apartment, he guides William via telephone conversations, giving him advice on love, life, and journalism. William definitely needs it, when he falls in love with a “Band Aid” (no, they are not groupies) named Penny Lane (Kate Hudson). She, however, is in an on/off relationship with Stillwater’s guitarist, Russell Hammond (Billy Crudup), and thinks of William as a friend, not a romantic interest. This causes tension between William and the band and makes William question his priorities as a writer.

I first saw this film when, some would argue, I was way to too young to see it, but it truly was a life-changing experience for me. For a moment, I was William Miller. In the film, his older sister Anita gives him some advice: “Listen to ‘Tommy’ with a candle burning, and you’ll see your entire future.” I watched “Almost Famous” with my mother and a bucket of popcorn, but I saw my future: I was going to be a journalist.

When I was sixteen years old, I started doing graphic design and writing commercial texts professionally, and my freelance “company” was in need of an equally professional name. It was my mother, sitting right next to me, who came up with “Almost Famous Writer.” She also helped me think of my slogan: “I’m not famous. Not yet. But almost.” I now have a slogan, a logo, stationary with this logo prominently featured, a growing network of clients and an automatic signature in my email-program, stating that I am an “Almost Famous Writer.” I was still in high school when I started my freelance company and whenever I had to email my teachers, I semi-deliberately sent the emails with my company’s signature. None of them really noticed, until the teacher that was overseeing my final thesis, replied to one of my emails with “ALREADY FAMOUS WRITER” added to my signature. It meant that someone believed in me to live up to my ambitions at the age of eighteen, as others had believed in William Miller to write an awesome article for Rolling Stone at the age of fifteen.

The most famous scene from “Almost Famous” is probably the “Tiny Dancer” sequence. It starts with everyone – the band, William and the Band Aids – all sitting in Doris, either hung-over or on the verge of depression, when the opening piano-tunes of Elton John’s “Tiny Dancer” enter the scene. Ed, the drummer of the band, improvises the beat on his knee, while Dick, the manager, and Penny Lane start singing along with the lyrics. Soon, everyone (including me, sitting on the couch with my mother and a bucket of popcorn) joins the singing and the feel of that very moment can only be described as epic. 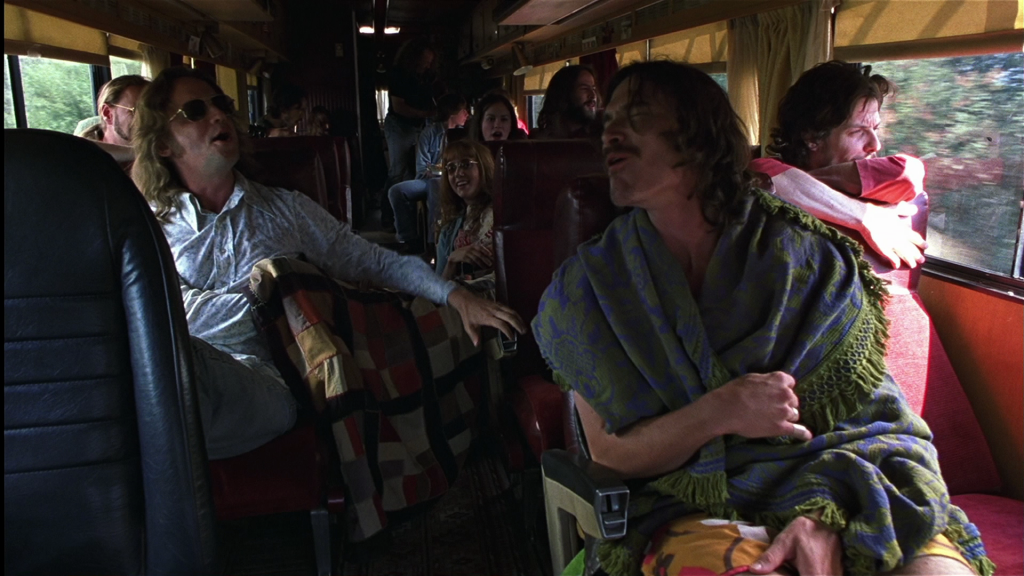 I have the entire brilliant soundtrack of “Almost Famous” on my iPhone and every year I go on a holiday with my family to Scotland. Driving from The Netherlands to Scotland takes us, approximately, two days of traveling – and I love every second of it. To me, it is an adventure, a road trip, a journey. We travel from Dover to Edinburgh and as we drive along the road, I lean with my head against the cool glass window of the car and I “count the head-lights on the high-way” while listening to Elton John’s “Tiny Dancer.” Usually, somewhere around Sheffield, my mother and I switch places and I sit down next to my father in the passenger seat. It is then my turn to decide what music we are going to listen to and so we played one of my playlists. At one point, “I’m Waiting For The Man” by The Velvet Underground played from the speakers of the car and my father looked up, utterly surprised by the fact that I knew this song and had deliberately put it on my Spotify playlist. I shot him a look and said: “’Almost Famous.’ Duh.”

Last May, I received an email from the editor of this new, upcoming film journal – based in Chicago, which, for me, is on an entirely different continent – asking me if I wanted to write for them. I received this email as I was sitting on the couch, with my mother right next to me and all I could manage to say was: “Oh my God. I’m William Miller!” William Miller is a fifteen-year-old high school student, who has always been older than his age, who has always been ahead of his peers – just like me. The both of us could never quite fit in, because we were busy doing other things. While our classmates were cramming and worrying about passing tests, we were writing and working and solidly paving the path towards our dreams. When I was fifteen years old, I was incredibly disappointed in myself. Where was my career? Why wasn’t I touring with some band through America, writing a report for Rolling Stone? Three years later, my career as a film journalist started to become reality when I was invited to write for The Focus Pull.

This summer, I started college. I moved out of my parent’s house and moved into a student flat, and on the day I was unpacking all my boxes in my new home, this scene from “Almost Famous” played in my head over and over again – like the tape got stuck inside of my brain. As I watched my parents drive away from the flat, I played Simon and Garfunkel’s “America”. It was my hommage to the ritual of leaving home and building your own someplace new. I was Anita, driving off into an unknown future and although I was scared, listening to “America” did make me feel like home in this new and strange place.

It has now been three months since that day and yet another of the film’s quotes has proven to be true. As William and Penny Lane are driving to a party together, she says: “I always tell the girls, never take it seriously, if ya never take it seriously, ya never get hurt, ya never get hurt, ya always have fun, and if you ever get lonely, just go to the record store and visit your friends.” Whenever I get lonely or sad, I just go the imaginary record store that is my flat and I visit my friends down the hallway. In the meantime, I’m writing and working and studying – knowing that one day, I will be where I want to be.

In the final scene of “Almost Famous,” Russell and William sit down for their interview and the young journalist asks the guitarist what he loves about music. Russell smiles secretively, grabs a chair and says: “To begin with: Everything.”

END_OF_DOCUMENT_TOKEN_TO_BE_REPLACED
Taylor Sinople Picks: The 16 Best Films of 2016
Form and Function in Alex Ross Perry’s “Queen of Earth&...
Digging for Fire and Unexpected: Husband and Wife Process Parenthoo...
Every Thing Will Be Fine 3D Review