Features
0
previous article
Review: Hercules
next article
Q&A with Richard Linklater and Jonathan Sehring at the Wexner Center of the Arts 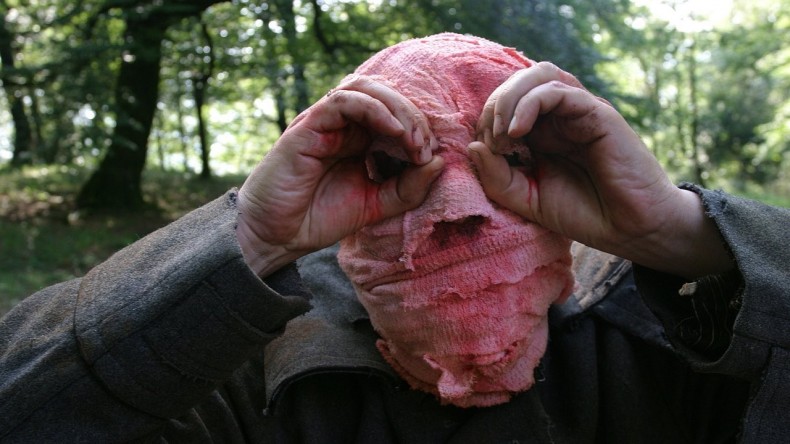 Overall Rating
3.0
3.0
Critic Rating
You have rated this

Time travel films are becoming a bit of a genre in and of themselves. There are a multitude of them, with their own tropes, clichés, and stereotypical plot elements. “Los Cronocrimenes,” unfortunately, plays right into most of these clichés, creating a very predictable film that can’t really be said to thrill at all.

Of course, this begs the question. What about a film – and a time travel film, especially – is entertaining and thrilling? Must a film be unpredictable to be exciting? In the case of “Los Cronocrimenes,” the utter predictability works to the film’s disadvantage, though this is likely more due to the fact that the film banks on its plot to propel the viewers’ interest. It assumes that the plot isn’t brutally predictable, and that the audience’s desire to figure it out will keep them interested. This may work for some of the audience, but for those familiar with the time travel genre and its tropes, the film plods through its paces, offering nothing particularly new.

However, this is not to say that the film is wholly uninteresting. While the characters lack any real characterisation – and indeed seem a bit contradictory at times – there are occasional moments where something more interesting and aware peeks through. Humourous scenes and moments are sprinkled throughout the film, offering tantalising glances at what could have been a far more interesting – and much less plodding – film. Alas, they are too brief, and occasionally fall flat entirely, leaving the audience once again with a dull, predictable film wandering through its paces.
The look of the film must also be commented on. Outside the very occasional shot at an interesting angle or which exposes some inner thought, the film looks very much like it has escaped from the 90s. The shots are sometimes blurry or shaky, and while the audience is always able to tell what’s going on, the cinematography does leave more than a little to be desired.

Overall, there is very little to be said about “Los Cronocrimenes.” It is a fairly generic time travel thriller whose plot is predictable and clichéd, and which can’t even really be said to be going through these clichés in a particularly spectacular fashion. It doesn’t have characters or anything compelling, but yet still has small moments here and there that offer up something more interesting, however fleeting they might be. If it’s a time travel thriller that one is interested in, there are certainly better films out there than “Los Cronocrimenes.”

Janneke Parrish lives in South Korea where she struggles to order pizzas and consoles herself by watching far too many movies.
You might also like
Nacho Vigalondo

END_OF_DOCUMENT_TOKEN_TO_BE_REPLACED
Taylor Sinople Picks: The 16 Best Films of 2016
Form and Function in Alex Ross Perry’s “Queen of Earth&...
Digging for Fire and Unexpected: Husband and Wife Process Parenthoo...
Every Thing Will Be Fine 3D Review