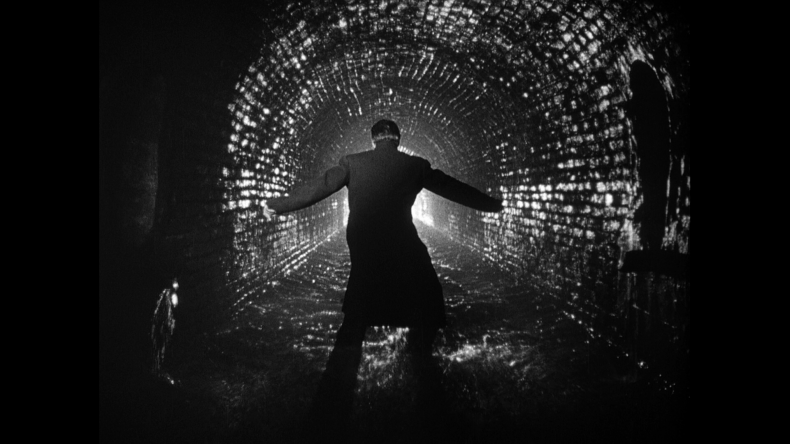 With a narrative as dark and twisting as the streets of Vienna themselves, “The Third Man” is a noir masterpiece that demands to be seen.

The story goes that Carol Reed stumbled upon musician Anton Karas in a Vienna bar while scouting locations for filming in the area. She was so captivated by his zither playing that she asked him fly to London to record what we now know to be the iconic score of “The Third Man.” Its haunting, plucky rhythm has stuck to the inside of the ear drums of multiple generations and has remained there well into the 21st century, capturing the feeling of post-war Vienna in a way that words never could. Couple this eerie, original piece of music with the shattered, desolate city itself and you have yourself the foundation of one of the greatest mysteries ever put to cinema: just who exactly was Harry Lime?

The narrative follows Holly Martins (Joseph Cotten), a down-on-his-luck author of “cheap novelettes” who has arrived in Vienna after being being offered work by his friend Harry Lime (Orson Welles) only to find that he has recently had an accident resulting in his untimely demise. It’s the circumstances of his death that drive “The Third Man” forward into the dark, shadowy corners of Vienna, always showing us enough to whet the appetite but always holding back just enough to keep us intently along for the ride. Lime had a host of seedy friends, Dr. Winkel (Erich Ponto) Baron Kurtz (Ernst Deutsch) and most importantly his girlfriend (Alida Valli). It’s through her that we see the romantic, loving side of Harry Lime. It’s through Major Calloway (Trevor Howard) and the other officials that we’re painted a picture of the darker, corrupt side of his life. It turns out that Lime wasn’t the man that Martins thought he was. He might not have been what anyone thought he was.

Post-war Vienna was broken into sectors controlled by the four Allied powers. After the war it seemed that just about everyone had their hands on the decrepit city and auspicious men like Harry Lime took advantage of this. By focusing on this, Director Carol Reed provides us with both an insight into the fallout of the Second World War and a look at the men that inhabited it. Somehow he both sympathizes with Lime and condemns him.

Orson Welles was famously difficult to work with during the making of “The Third Man”. He refused to go into the sprawling underground tunnels of Vienna, forcing the production team to design sets back in London for Welles to run through. He reportedly disappeared in Europe while the crew was filming key scenes featuring his character, necessitating the use of a body double for certain scenes (something that is unfortunately obvious at times). Then there’s the rumor that Welles claimed he wrote his own lines and directed his own scenes. Suffice it to say that having Orson Welles on set came with positives but it also came with plenty of negatives. Undoubtedly though the end result speaks for itself. While there were others considered for the role it’s hard to look back at “The Third Man”, released 65 years ago, and see anyone else as the infamous Harry Lime.

Whether it’s the unnerving score, the beautiful cinematography, the twisting narrative or the timeless performances, there’s plenty to love about “The Third Man.” It offers a tragically beautiful insight into Europe after the war. Harry Lime was a product of these surroundings, he was a deeply flawed man. But as it turns out he was many other things and discovering that a man doesn’t change just because you find out more is a wonderful thing.

Thomas is 25 years old and lives in northern New England. A huge fan of classic cinema, he spends the majority of his free time watching the likes of Bergman, Hitchcock and the Marx brothers. When he's not chain-watching movies he's writing music, enjoying a few adult beverages or overworking himself into the ground.
You might also like
Carol Reedthe third man

END_OF_DOCUMENT_TOKEN_TO_BE_REPLACED
Taylor Sinople Picks: The 16 Best Films of 2016
Form and Function in Alex Ross Perry’s “Queen of Earth&...
Digging for Fire and Unexpected: Husband and Wife Process Parenthoo...
Every Thing Will Be Fine 3D Review