A Fresh Look At: The Nightmare Before Christmas (1993) 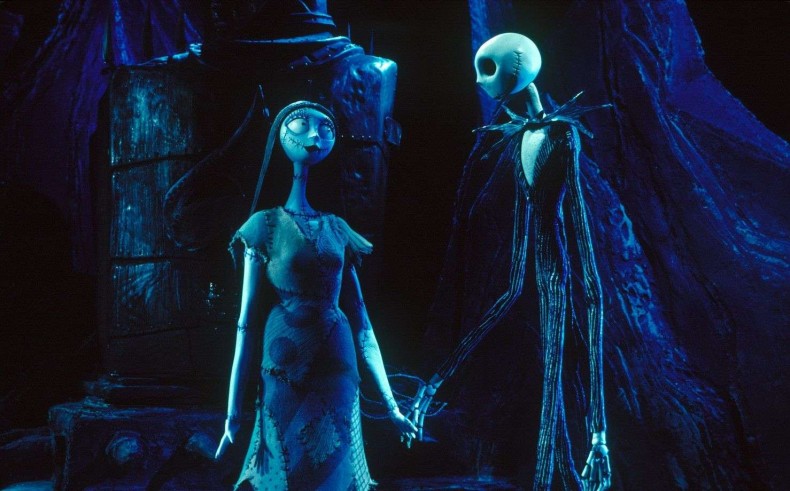 A nightmare that will leave us with nothing but good dreams – “The Nightmare Before Christmas” deserves its reputation.

Twenty-one years after its release, “The Nightmare Before Christmas” has become a classic of Halloween cinema. It plays with the ideas of horror films, showing Halloween not necessarily as something to be feared, but as something deeply beloved by those who participate in it. It is an interesting and unique film, and its ideas of holidays clashing and the consequences of that are brilliantly done with memorable visuals and earworm songs.

In many ways, “The Nightmare Before Christmas” serves as an excellent example of how to make a Halloween film for children. It certainly has scary imagery – the introductory song has monsters in spades, to say nothing of the image of Oogie Boogie (Ken Page) being ripped apart – and it seems designed to invoke both fear and affection of the characters it portrays. Skeleton Jack (Danny Elfman, Chris Sarandon) is both loveable in his complete misunderstanding of Christmas as well as terrifying when he wants to be. Even beyond his appearance, his near sociopathy with regards to commandeering Christmas can be terrifying if one thinks about it too hard. The obsessive glee with which he plans the abduction and potential torture and murder of Santa Claus (Ed Ivory) fits in perfectly with the tone of the world in which he lives, though clashes more generally with his image as a protagonist with a heart of gold. It’s entirely understandable why this particular film was originally released with Touchstone rather than Disney – Jack Skellington as a protagonist is frankly terrifying.

In creating a terrifying protagonist, though, the filmmakers create a character more memorable than the average children’s film character. They create someone unique and more interesting that, in many ways, is relatably human. Jack angsts about life like his audience, he makes bad decisions, and is more than a flat idea given legs. He has a goal, no real idea of how to achieve them, and responsibilities that he shirks in favour of his very, very bad ideas. It’s an understandable protagonist and one more human than many of the human protagonists put in children’s film.

The songs, too, add an excellent touch that makes the film even more marketable to children. With one exception – “Sally’s Lament” – the songs are catchy and highlight the plot well, augmenting the story with upbeat lyrics and happy ideas. The idea of snakes and spiders replacing Christmas presents seems almost reasonable when coupled with Danny Elfman’s music and lyrics.

All of these things together create a film that helps sell Halloween to children as a holiday that can be enjoyed by everyone. The fact that “The Nightmare Before Christmas” is a classic of Halloween film rather than just of children’s film is a testament to how universal its appeal can be. The songs are fun for adults and children alike. While the imagery is unlikely to scare anyone over the age of six, the sentiment is clear. Indeed, for older audiences, considering the implications of Jack’s decisions and actions is potentially as scary as the imagery might be for young children.

The only really negative aspect of the film is the segment of the plot perhaps most meant to appeal to adults. The love story between Jack and Sally (Catherine O’Hara) feels shoehorned in at best, and at worst slows down and detracts from the action and emotions. “Sally’s Lament,” for instance, is by far the worst song in the film not because of any particular negative qualities of the song, but because it makes no sense in the context of the song and because it interrupts the excitement of Jack actually taking over Christmas. O’Hara’s singing skills, too, leave more than a little to be desired.

However, from the moment “This is Halloween” begins, the film creates a magic that doesn’t end. The world it creates is a compelling and fun one, and the story it tells is unique and ludicrous. It’s not scary, but it doesn’t have to be. It instead tells the story of one man’s quest to understand the unknown, whatever the consequences might be. It’s a story that everyone can relate to, and it’s a story that helps make “The Nightmare Before Christmas” a classic.

END_OF_DOCUMENT_TOKEN_TO_BE_REPLACED
Taylor Sinople Picks: The 16 Best Films of 2016
Form and Function in Alex Ross Perry’s “Queen of Earth&...
Digging for Fire and Unexpected: Husband and Wife Process Parenthoo...
Every Thing Will Be Fine 3D Review