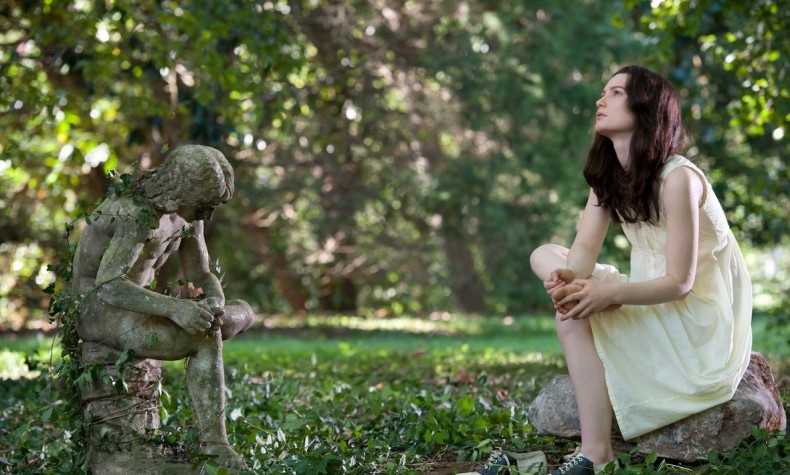 “My ears hear what others cannot hear. Small, faraway things people cannot normally see, are visible to me. These senses are the fruits of a lifetime of longing, longing to be rescued, longing to be completed.”

“Stoker” is the not so typical coming-of-age story of India Stoker (Mia Wasikowska), a girl who has just lost her father in a mysterious car accident. The story begins when India’s uncle Charlie (Matthew Goode) moves in with her and her unstable mother, Evelyn (Nicole Kidman). At first, the three of them seem like an ordinary family, but with uncle Charlie’s arrival, India slowly starts to unfold into adulthood and into darkness.

The film revolves around India growing up and learning about who she really is. Director Chan-wook Park fixes on his main character through very intense close-up shots of India, of her face, of the ruffling of her skirt, of the leather of her belt – of the details that make India the complex character that she is. This has an almost oppressive effect, because you really focus on India and not so much on the dialogue or on the other characters.

“Mia (Wasikowska) has two very interesting characteristics,” tells director Park about “Stoker”’s leading lady to RedCarpetNews Extra. “She has the liveliness of a young woman her age, but also a calm, composed and internally matured personality.” This fitted the character of India perfectly, whose calmness is rather unsettling. “Mia portrays a girl who is neither a mature woman nor a child, a girl who is yet rebellious and introverted. I would say, Mia was the most suitable actress for this part.” Wasikowska enjoyed playing a character like India, she tells StylistMagazine. “I have never played anyone before who is… dangerous. It’s much more fun to play someone like India, someone who’s angry, then it is to play sweeter characters.”

Part of what is so brilliant about Wasikowska’s haunting performance in “Stoker” is that you do not expect her to portray a girl like India. Before she worked with director Park, Wasikowska starred in, for example, Tim Burton’s “Alice in Wonderland” and Gus van Sant’s “Restless.” In both films, the actress plays the part of sweet and innocent girls – the complete opposite of India’s character in “Stoker.” The audience knew Wasikowska as the sweet and innocent girls she usually portrays, but with “Stoker,” the actress can truly show off what an amazing talent she has. 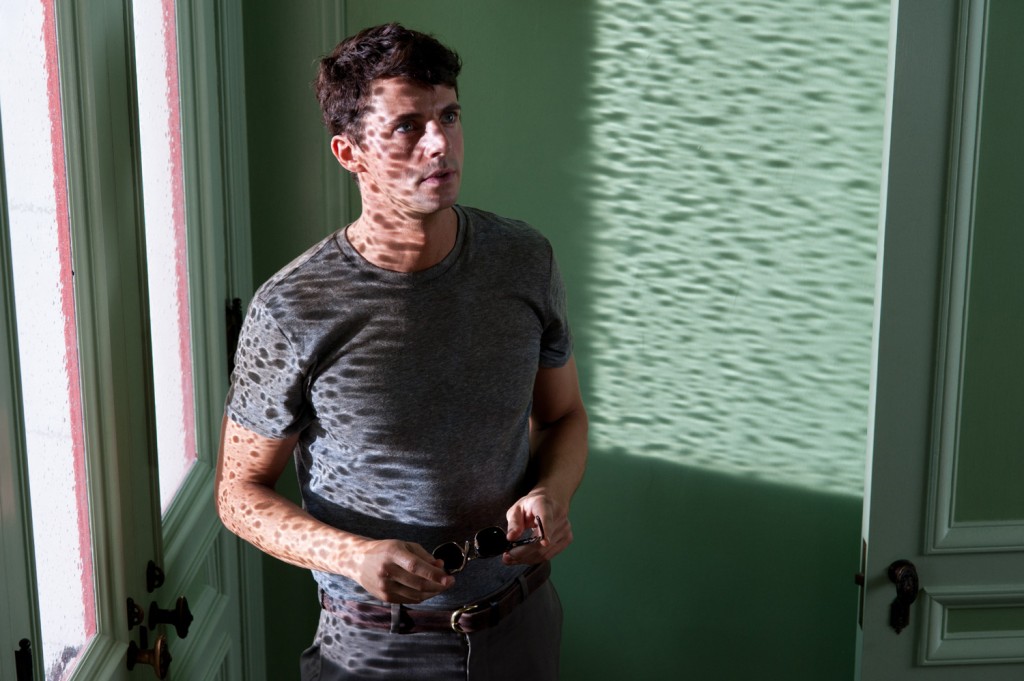 Park thought the same about the casting of Matthew Goode for the part of Uncle Charlie. To RedCarpetNews Extra he says: “The qualities that Matthew has in real life — innocent, mischievous and humorous. He also has the delicacy of someone who can’t hurt a fly, along with elegance.” The way director Park describes Goode sounds the exact opposite of his character in “Stoker”, the mysterious and sinister Uncle Charlie. But Park believes that those were the qualities that Uncle Charlie needed. “In a way, Matthew (Goode) has perfected the character of Uncle Charlie.” To HeyUGuys Goode says: “I think Charlie’s childlikeness comes from the fact that he is trapped in his own past. He’s psychologically damaged.”

Although Park has had the reputation of being a brilliant filmmaker since his debut “Oldboy”, he had never expected to have an actress like Nicole Kidman on his first English-language film. “I did not anticipate such a fortune. She was a truly perfect Evelyn.” How oppressive and intense Kidman’s character is in the film, how sweet the actress is in real life, according to co-star Wasikowska. “She’s so sweet! We really bonded on set. She is incredibly kind and really open about her experiences in films and working in Hollywood. Of course, she’s a huge role model for me.” 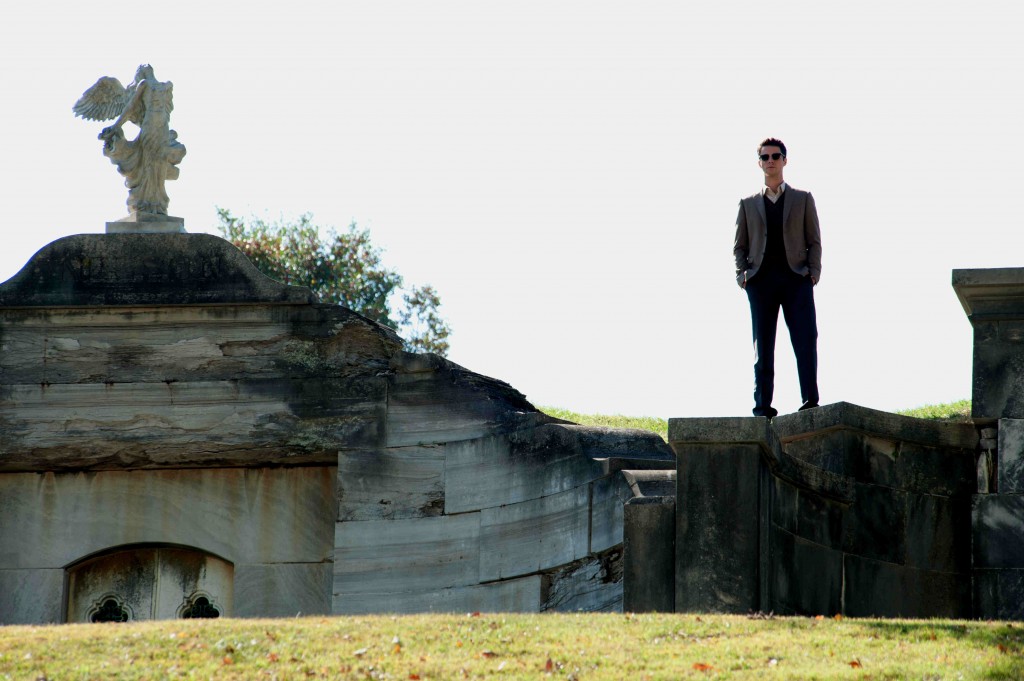 “Stoker” is a slowly paced film, with a slowly unfolding storyline. The film follows the same pace as India discovering her true nature. Slowly, but certainly, she descends into more dark places, together with the audience. Director Park’s way of directing really complements this idea. Visionary images follow India’s trail of thoughts instead of the storyline. For example, when India meets Uncle Charlie for the first time, her thoughts go to the mysterious shadow she saw at her father’s funeral – the shadow that later turned out to be Charlie.

“As somebody who’s directing an English-language feature film for the first time,” says Korean director Chan-wook Park to RedCarpetNews Extra, “it was an advantage that the story doesn’t revolve around dialogue.”

An advantage indeed. “Stoker” is Park’s debut in the world of English-language films and although English is plenty spoken in the film, the emphasis is clearly put on the images, instead of the words. “My style of filmmaking involves very specific camera movements,” he says. “I edit the film in my head in advance and shoot according to this. So shooting in the conventional manner does not work. I need elaborate preparation in order to shoot quickly.” Mia Wasikowska, the leading actress in “Stoker”, conforms this to StylistMagazine. “It was definitely different from anything that I’ve done before. It was exciting.”

The director of “Stoker” is Korean, while the actors and the crew all speak English. According to Wasikowska, the language difference was never an issue. “After a while, we all really forgot about it. Director Park has an amazing interpreter that was there all the time.” Also co-star Kidman says: “We didn’t need words. You could read Park very easily. I understood what he meant without words.”

“The tone of the film is very serious and intense,” Wasikowska says to StylistMagazine. “It was almost out of necessity that we went the polar opposite in between shooting. We joked around a lot.”

Chan-wook Park’s “Stoker” is, just like his debut “Oldboy”, beautifully stylized and made with so much attention to detail. For example, the number “three” subtly returns throughout the film, representing the idea of the triangle between India, Evelyn and Uncle Charlie. For example, in the beginning of the film, India is shown sitting around a kitchen table with three chairs, or when Uncle Charlie is working in the gardens, there are three piles of tiles right next to him and when India descends into the basement, she puts on three lights. This way, director Park consistently, but subtly, zooms in on the dynamics between the three main characters.

Also, the soundtrack fits the tone of the film beautifully. It is gripping, unsettling and haunting. It is as unique as the film itself. And because both the film and the soundtrack are so unique, it is quite difficult to really define a genre. The film has elements of horror, drama and thriller, which are carefully balanced in such a way that it becomes nearly impossible to really define “Stoker”’s genre.

Eden is a student, living in the Netherlands, dreaming of a journalist career. She writes, reads and spends a lot of her time at the local cinema - all in preparation for the previous stated career, of course. Apart from British drama series, writing novels and strawberry shortcakes, Eden loves everything about films: watching films, writing about films, discussing films at the dinner table… everything.
You might also like
matthew goodemia wasikowskanicole kidman

by Josef Rodriguez on December 8, 2014
Morten Tyldum’s sophomore feature, based on the life of Alan Turing, is an emotionally charged biopic that turns its fact-based story into, surprisingly, a beautifully rendered romance about young love and a man’s relationship with memory and machine.
comments
Leave a reply
Add Comment Register

END_OF_DOCUMENT_TOKEN_TO_BE_REPLACED
Taylor Sinople Picks: The 16 Best Films of 2016
Form and Function in Alex Ross Perry’s “Queen of Earth&...
Digging for Fire and Unexpected: Husband and Wife Process Parenthoo...
Every Thing Will Be Fine 3D Review