Features
0
previous article
A Fresh Look At: After Tiller (2013)
next article
AFF 2014: Day One / Elephant Song 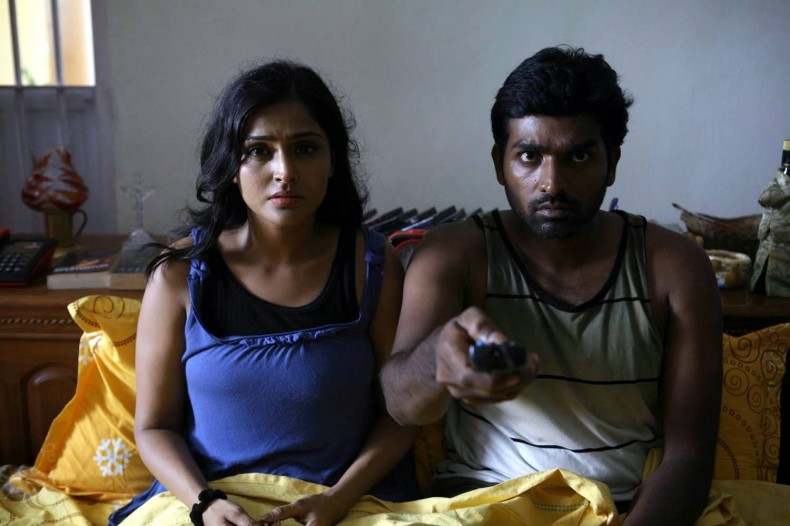 There is always something interesting in watching horror from an unfamiliar culture. What is seen as horrific and the source of terror varies, and what is focused on can say a great deal about a people’s beliefs. “Pizza” is no exception to this, providing a story of demonic possession that would be more recognisable to a western audience in the 70s or 80s than in the 2010s. However, it provides such twists and turns on the genre that it’s impossible not to fall in love with the film and its unique take on an old genre.

“Pizza” is the story of a pizza deliveryman who, while delivering pizzas, has an unfortunate encounter with a haunted house. As previously stated, it’s a more or less familiar tale, and one that, initially, seems difficult to do in a new and interesting way. However, “Pizza” is successful specifically because it is willing to take this idea and play with it, asking why the narrative of the haunted house or the demonic possession exists, and how such a narrative can be used.

The film is not perfect. At times – especially early in the film and in the middle section in the house – it can drag, and the audience isn’t necessarily given a compelling reason for why they should keep watching. Equally, the cinematography often leaves a great deal to be desired, relying on highly stationary and awkward shots that don’t capture an entire scene or even the relevant parts of the scene. To make up for this, though, the opening sequence is a perfect introduction to the film and its themes, and Sethupathi’s performance as Michael is superb. The effects, too, work very well, creating a sense of dread and suspense. All of this makes the ending even more spectacular.

It’s unfortunate that much of the film’s strength can’t really be discussed without spoiling it completely. It is a film that relies on bending genre, and it does so spectacularly. It is a testament both to Subbaraj’s ability as a writer – though it ought to be stated that he is a far better writer than director – that a film with both a wedding and a demonic possession within a few minutes of each other manages to remain so intriguing and excellent. Sethupathi’s performance, too, sells the film.

Overall, this is a very fun and very intelligent film that knows what it is, and is happy to play with the tropes expected of it. While it has technical flaws and can be slow at times, it is still very well-made and beautifully performed.

(All Features), Features, Issue #19, Retrospectives
About the Author
Janneke Parrish

END_OF_DOCUMENT_TOKEN_TO_BE_REPLACED
Taylor Sinople Picks: The 16 Best Films of 2016
Form and Function in Alex Ross Perry’s “Queen of Earth&...
Digging for Fire and Unexpected: Husband and Wife Process Parenthoo...
Every Thing Will Be Fine 3D Review