A Fresh Look At: Pintu Terlerang (The Forbidden Door) (2009) 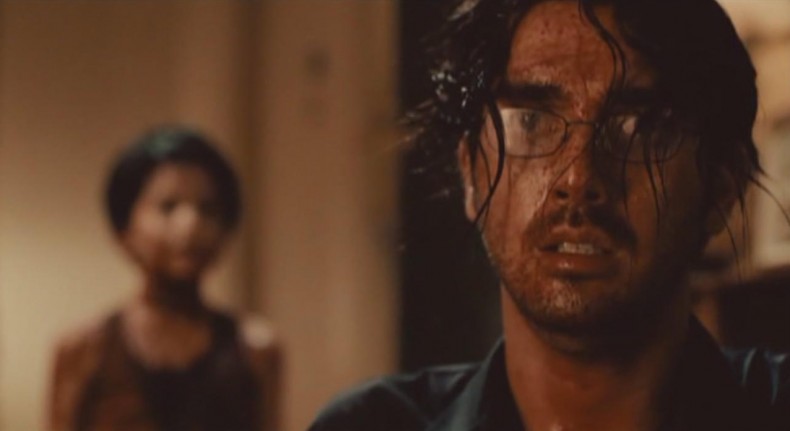 When you find a door that no one wants you to open, perhaps you should. After all, “The Forbidden Door” is just begging to be seen.

Sometimes, a film comes along that clearly has a brilliant idea at its centre. The director, writer, and even actors are all clearly invested in this idea. It’s a good idea. It’s a visionary, unique idea, one that will stick with the audience and leave them breathless. Sometimes, very, very rarely, that idea is executed well or even perfectly, and that kernel of a beautiful idea blossoms into a glorious, wonderful film for the ages.

“Pintu Terlerang” comes close. For much of the film, it looks like it might make it. The tension and horror build to a fever pitch until every action seems like the prelude to a monstrous, horrific revelation. Your heart pounds in your chest as you watch the characters, knowing that something will happen, though what, you’re not sure.

But then, almost like clockwork, it all goes wrong. The film’s promise and everything that has been built up to drops. Instead of a masterpiece of a film, there is instead a clichéd novice attempt at something great that ultimately had no confidence in itself or its story.

This may seem like harsh criticism, but it most thoroughly expresses this reviewer’s disappointment. Fachri Albar’s depiction of a man slowly going mad – and, perhaps more maddeningly, being unsure whether or not he is going mad – is perfect, and he seems almost ideal for the role. The supporting cast, too, know their roles perfectly and play them well. Perhaps the film’s weakest link in terms of acting comes from Marsha Timothy’s performance as the protagonist’s wife, Talyda, but even here, one can excuse the performance’s stiffness as perhaps being in character.

Even better is the cinematography. Through the subtle shift in camera shots from more traditional shots to closer and more invasive shots that look like they were taken from a hidden camera, it becomes clearer and clearer that all is not right in the life of Gambir and Talyda. As Gambir investigates what’s happening around him, the shots grow more and more varied, reflecting his confusion, and perhaps his guilt.

The film’s greatest failing is that, for all the excellent filmmaking and story, it comes across as having no idea how to end. Plot threads hang in the air, but are given no resolution. They’re simply cut by the ending, giving no satisfaction or resolution. Instead, the ending feels like a cop-out, designed to try and give the audience a final scare, but failing to do anything more than disappoint. It feels almost like a betrayal. After all this time invested in a film, its ending ought to be something meaningful instead of something that feels slapped on to appease an angry producer.

That said, it’s impossible not to recommend “Pintu Terlerang” to anyone seeking an introduction to Indonesian cinema, or just a good psychological horror film. Its story is tightly woven, and full of twists and turns that will leave the viewer as petrified and confused as Gambir. The acting is solid, and the camera work is simply magnificent. It is almost a perfect film – eerie, mysterious, and terrifying in that mystery. It’s only the end that stops it from being a glorious example of its genre, and even then, this reviewer can perhaps begin to forgive it, given the excellent ride it gave her on the way.

END_OF_DOCUMENT_TOKEN_TO_BE_REPLACED
Taylor Sinople Picks: The 16 Best Films of 2016
Form and Function in Alex Ross Perry’s “Queen of Earth&...
Digging for Fire and Unexpected: Husband and Wife Process Parenthoo...
Every Thing Will Be Fine 3D Review