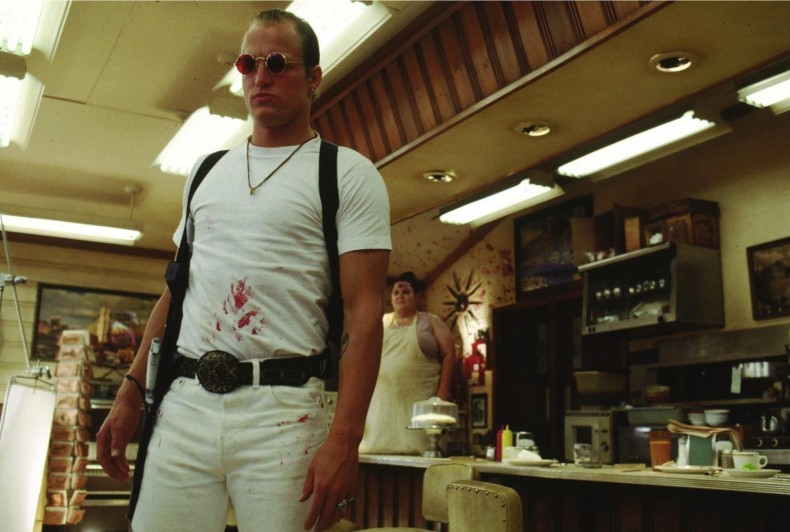 “Natural Born Killers” is one of the most entertaining, fascinating and controversial films of all times; an iconic piece of cinema.

On August 26, “Natural Born Killers” celebrates its 20th anniversary. The infamous cult classic, directed by Oliver Stone, has been written in history ever since its release. In 2006, Entertainment Weekly named  “Natural Born Killers” the eighth most controversial film of all time. Stone intended “Killers” to be a satire on mass media and our collective obsession with fame, but instead, the film became a source of inspiration to so-called copycat killers. In the United States and abroad, 12 real murders were committed by copycats in search of fame. They used actual dialogue from “Killers” to reenact the satiric scenes, thereby making the nightmarish world we see in the film reality.

“Really, it’s a misunderstood romantic comedy,” says Woody Harrelson, who portrays one of the main characters of “Killers,” in an interview with The Guardian. In some ways, Harrelson is right. “Killers” is about two victims of traumatized childhoods, Mickey (Harrelson) and Mallory  Knox (Juliette Lewis). They are lovers and psychopathic killers who are traveling across America on a killing trip. The opening shots of “Killers” feels like a road trip film, with shots of the never-ending road, the countryside and road kill. But Mickey and Mallory end up leaving murder and mayhem behind wherever they go. They are not killing for revenge, or out of anger, but  simply because they can. Or as Mallory puts it: “We’re angels!” Angels of death, that is.” The media reports their murderous travels and soon there is mass hysteria. “If I was a mass murderer,” an interviewee says in one the reports featured in the film, “I would want to be Mickey and Mallory.”

Director Oliver Stone, known for “Platoon” and “Born on the Fourth of July,” alternates between full-colored, and red, black, and white shots throughout the film, while the accompanying music changes with the same aesthetic rhythm. In his interview with The Guardian, Harrelson says: “I was in a taxi the other night, and we started talking about life and the taxi driver goes, ‘Chaos and creativity go together. If you lose one percent of your chaos, you lose your creativity.’ I said that’s the most brilliant thing I’ve heard.” And that is the style of “Killers:” chaotic and infinitely creative.

There is not a single shot in the entire film that is static, the camera is never held still. Every shot is taken diagonally, the image is ever-moving. It’s psychedelic, it’s mad, it’s confusing, it’s thrilling, it’s sensational. Stone criticizes the media with “Killers” by using cartoon sequences and the format of a 70’s sitcom to portray Mallory’s background story in with satire. It is supposed to be funny.

In a recent interview with Fade Online, Harrelson talks about how “Killers,”and especially the killings that followed the film, have affected his career. “I always know when there’s been a school shooting,” he says. “I’ll see them play a scene from “Natural Born Killers.” And I’m always like, ‘Oh boy…”

Harrelson’s performance in “Killers” is one of the most iconic of all-time. “Harrelson plays psychopaths brilliantly,” states Simon Hattenstone from The Guardian. After Harrelson’s portrayal of Mickey Knox, he played the part again in “Zombieland,”“Rampart,” and “Seven Psychopaths.” All of these performances reminds us of “Killers,” but none of them are as fascinating and terrifying. Despite the madness with which Harrelson portrays Mickey, there is a reality there, too. And that reality and fragility is the most fascinating and terrifying aspect of the entire film.

The interaction between the two main actors, Woody Harrelson and Juliette Lewis, is genuine, and so amazing to watch. They play two separate, complicated characters that are at their best when they are together, and so are the actors portraying them. Apart from their performances, co-stars Robert Downey Jr. and Tommy Lee Jones also deliver the best of their careers. Downey Jr. is hilarious and very genuine as the news reporter Wayne Gale, who does an episode of his television program about Mickey and Mallory. His performance could have been overshadowed by Harrelson’s phenomenal one, but Downey Jr. plays his character with the same strength and talent  as his co-star. Together with Lewis’ Mallory, they form the inner triangle of the film.

With “Killers,” Stone intends to criticize the media’s obsession with crime and violence. Our papers and newscasts focus on death instead of life, and the audience has been numbed by this. We are not shocked anymore when the newsreader tells us about murders, about crimes, or shooting,  or death. Director Stone states in an interview with CNN that his goal was to wake people up. “Killers” shows us what we watch on the news everyday. “Our society is bloated,” Stone says. “Not just with crime; but with the media coverage of it.” A contradictory saying, because “Killers,” in some ways a coverage of violence and crime in itself, became a box-office success. The film reached number one within three days of its release and grossed over $11 million in that time. It seems that Stone is right, we are obsessed with violence.

The focus of “Killers” is not on the violence of Mickey’s and Mallory’s crimes, it is on the coverage of it. Despite the many, many bloody action sequences, director Stone does not glorify hyper-violence. He documents the excessive crimes, in the way our own news reporters would – but does sof or the sake of entertainment. The film becomes its own worst enemy, or, as Peter Travers of Rolling Stone writes: “Stone turns his film into the demon he wants to mock: cruelty as entertainment.”

Eden is a student, living in the Netherlands, dreaming of a journalist career. She writes, reads and spends a lot of her time at the local cinema - all in preparation for the previous stated career, of course. Apart from British drama series, writing novels and strawberry shortcakes, Eden loves everything about films: watching films, writing about films, discussing films at the dinner table… everything.
You might also like
juliette lewisWoody Harrelson

END_OF_DOCUMENT_TOKEN_TO_BE_REPLACED
Taylor Sinople Picks: The 16 Best Films of 2016
Form and Function in Alex Ross Perry’s “Queen of Earth&...
Digging for Fire and Unexpected: Husband and Wife Process Parenthoo...
Every Thing Will Be Fine 3D Review