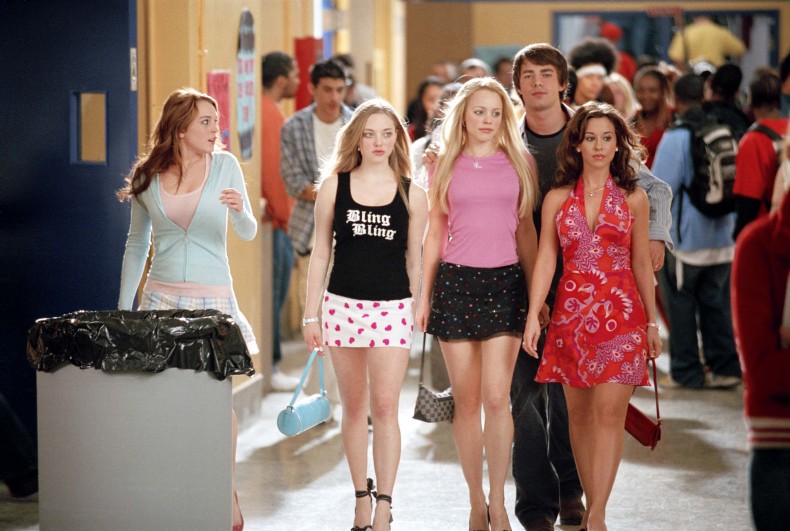 "Mean Girls," unlike “fetch,” happened, and will continue to happen.

It is now ten years since the release of Mean Girls, a timespan that can often see the death and severe aging of films, comedies especially. However, given the critical reception of Mean Girls at its release, it seems fitting to see if it too has undergone this same tendency of aging and quietly fading from the cultural memory.

Mean Girls is a 2004 film about Cady Heron (Lindsay Lohan), a once home-schooled girl attending public high school for the first time and finding that it is substantially more difficult than she expected. She befriends Janis Ian (Lizzy Caplan) and Damian (Daniel Franzese), who promptly set her on a course that has her alternately declaring war on and befriending a clique of girls known as the Plastics in an effort to sabotage their reign over the school.

On the surface, Mean Girls seems much like many other high school comedies. The humour derives partly from its audience understanding what it is to be in high school and sympathising with the plight of these characters who just seek social acceptance. It also has the common tropes of struggling against the more popular and oppressive group, all while being victimised in turn. It’s the sort of story that lends itself well to a further story of comeuppance against these popular and oppressive students, and one in which the audience can themselves feel vindicated.

What makes Mean Girls stand out, however, is that rather than using these tropes to tell a story that will appeal primarily to a high school audience, it instead plays with the tropes and creates an entirely new environment for them. The choice to have the main character be home-schooled means that the tropes and social norms that define high school must be explained in painstaking detail, rather than just be taken for granted. In explaining these norms, there is plenty of room to lampoon and critique them without seeming to take too adult a perspective on them. At the same time, the fact that there is an opportunity to critique and comment on these norms – and the fact that they are themselves a source of humour in the film – means that the story becomes much more accessible to adults as well. It’s a story that relies on being able to recognise high school, but not one which relies on accepting high school norms as valid, something that is different from many other high school films.

The fact that the high school in Mean Girls is blatantly fictional as well means that it’s much easier for the audience to sit back and not get too engrossed in the ridiculousness of the story, and instead accept that such a thing could happen. Things like one girl being rich because of toaster strudel s or a gym coach being almost incapable of talking about sex are huge exaggerations that once again have a basis in a recognisable reality, but whose inclusion makes the entire film both more and less believable. They help create a world in which being a girl can be a declaration of war, and in which these events could take place.

The real genius of Mean Girls, as well, is its ability to create a high school that doesn’t have any markers of when it exists. Everything from the clothes people wear to the music played at parties to the self-created slang could fit in in any decade. It helps prevent the film from showing its age, and instead makes it a little more timeless and a little more watchable even a decade later.

It’s also impossible to talk about the film without talking about the standout performances. While not perfect, Lohan’s performance as Cady Heron is good, and she is entirely believable as an alternately baffled and cruel student. Tina Fey, as well, does an excellent job as Ms. Norbert, bringing the perfect straight man to the carnival of un-believability. The other performances are excellent as well, each playing that perfect balance between ludicrousness and seriousness.

In the end, Tina Fey’s screenplay makes this film happen. The lines are good, and the jokes continue to snap off the screen. While some of the more emotional parts drag, on the whole, it flows perfectly and is filled with satirical glee. It’s an excellent comedy, and continues to be excellent, even as it reaches ten years old.

Janneke Parrish lives in South Korea where she struggles to order pizzas and consoles herself by watching far too many movies.
You might also like
Amanda Seyfriedamy poehlerLizzy Caplanrachel mcadams

by Josef Rodriguez on June 2, 2014
“A Million Ways to Die in the West” is overlong and veers into aimless territory more than a few times, but the stellar ensemble and consistently hilarious jokes help keep MacFarlane’s film from being crushed by its own ambition.
comments
Leave a reply
Add Comment Register

END_OF_DOCUMENT_TOKEN_TO_BE_REPLACED
Taylor Sinople Picks: The 16 Best Films of 2016
Form and Function in Alex Ross Perry’s “Queen of Earth&...
Digging for Fire and Unexpected: Husband and Wife Process Parenthoo...
Every Thing Will Be Fine 3D Review