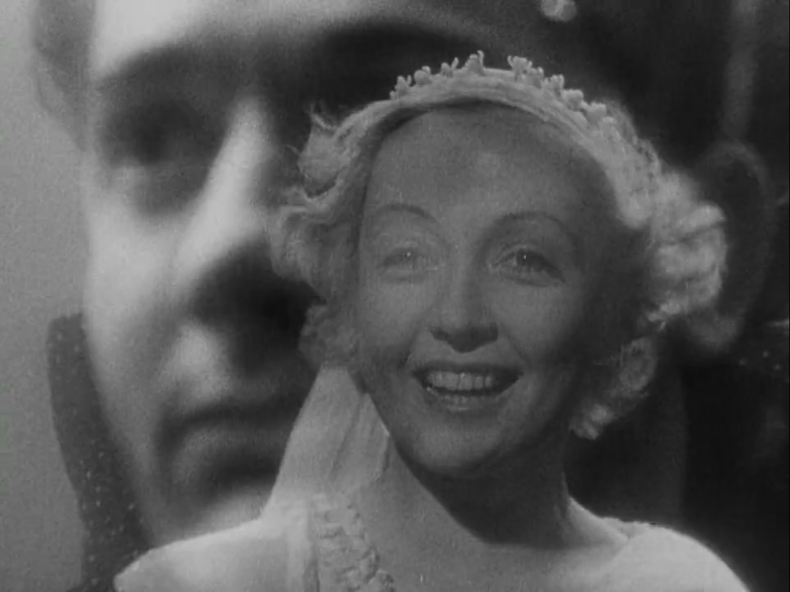 “L’Atalante” is an effortlessly inventive film that tells a conventional story with a remarkably poetic touch; even on its 80th birthday, Jean Vigo’s only feature film still feels fresh.

How exactly do two people live happily ever after? Most fairy tales and movies are content to say “love conquers all,” but we know that it’s not that simple. It’s the little things that are hard to adjust to in a relationship. He likes cats and she doesn’t. He rarely does his laundry and she likes to keep clean. He’s happy to live on a ship while she wants to see Paris. “L’Atalante” features two such characters, and tells the simple story of the minutiae of “happily ever after.”

Jean Vigo’s “L’Atalante” is centered on two newlyweds: Jean and Juliette (Jean Dasté and Dita Parlo). Jean is the captain of a canal barge named L’Atalante, whose small crew consists of the boorish Père Jules (Michel Simon) and a cabin boy (Louis Lefebvre). While Jean and Juliette are married, the two come from vastly different backgrounds, and don’t know each other particularly well. She’s from a small village, and he spends most of his time travelling from city to city on his barge. While the two get to know each other and learn about their differences, Jules and the cabin boy are not used to having a woman aboard, and are frequently unsure how to act around her.

What no plot summary can convey is the passion and patience with which this simple story is told. With “L’Atalante,” Jean Vigo has captured the essence of romantic love. Our two lovers are alternately sensitive and brutal, understanding and jealous, patient and frustrated. Vigo also fills “L’Atalante” with sequences of unexpected, sublime beauty. Early in the film, Juliette recounts to Jean a folk tale from her village: she says that one can see the face of one’s true love underwater. Jean originally dismisses this tale as ridiculous, but returns to it later in the film. For much of the film, the two lovers are separated after having a fight.  Depressed and alone, Jean jumps into the river and opens his eyes underwater. Vigo overlays images of Jean underwater with tender footage of Juliette smiling and dancing. It’s a moment of quiet beauty, a climax so self-assured and effortlessly brilliant that it can only be described as breathtaking.

While “L’Atalante” centers of Jean and Juliette, perhaps the most interesting character here is Michel Simon’s Père Jules. In an early scene, Jules shows Juliette his cabin which is riddled with knick-knacks and cats. The two speak to each other on a level far more personal then Jean and Juliette have thus far, and Jules decides to show her all of his bizarre possessions he’s collected throughout his life. His strange collection starts out innocuously enough, with a Beethoven puppet, and a music box, but culminates in the nightmarish. Juliette looks on his shelf and sees a pair of hands submerged in a jar of water. There’s a long moment of silence, and it seems like she’s going to scream, but she doesn’t, instead asking him calmly what they are. Jules tells her that they’re the hands of his best friend, and that’s all he has left of him. The tone turns from playful to dangerous to tender, especially when considering the odd pairing of Dita Parlo’s movie-star beauty and Michel Simon’s tough, weathered look.

From a purely historical standpoint, “L’Atalante” is a tremendously important film. Vigo only made four films—of which “L’Atalante” is the only feature—and died at the age of 29. His entire oeuvre is less than 200 minutes long, yet his blend of realism and poetic imagery made him a key figure of French Poetic Realism. Vigo’s influence on the French New Wave is well documented: Jean-Luc Godard dedicated his fifth film “Les Carabineers” to Vigo, and Francois Truffaut recalls watching “L’Atalante” at age 14 and being “immediately overwhelmed with wild enthusiasm for his work.” Vigo’s early use of superposition, slowed footage, and jump-cuts is a precursor to techniques Godard perfected in “Breathless,” and Vigo’s quiet, poetic sensibilities can be felt in the finale of Truffaut’s “400 Blows.”

“L’Atalante” is frequently regarded as one of the greatest of all time, and it’s easy to be intimidated by a film of such totemic stature. Watching a film like “Battleship Potemkin” for the first time in 2014 is a bit difficult because it’s a film with a gigantic legacy and explicitly gigantic ambition. In every scene in “Potemkin,” you can tell that Eisenstein is attempting to create something great, something real, and something new. The film’s weight makes “Potemkin” a bit hard film to watch without a hyper-critical eye, despite its brilliance. With “L’Atalante”—a film of equal stature—it’s hard to imagine anyone being intimidated. This year, “L’Atalante” is 80 years old, yet still feels alive, fresh and effortlessly inventive.

Marcus is a graduate student of mathematics in Philadelphia. He is not related to the tire company of similar name.
Comments
Leave a reply
Add Comment Register