Features
0
previous article
A Fresh Look At: Pintu Terlerang (The Forbidden Door) (2009)
next article
The 5 Creepiest Characters in the Tim Burton Universe 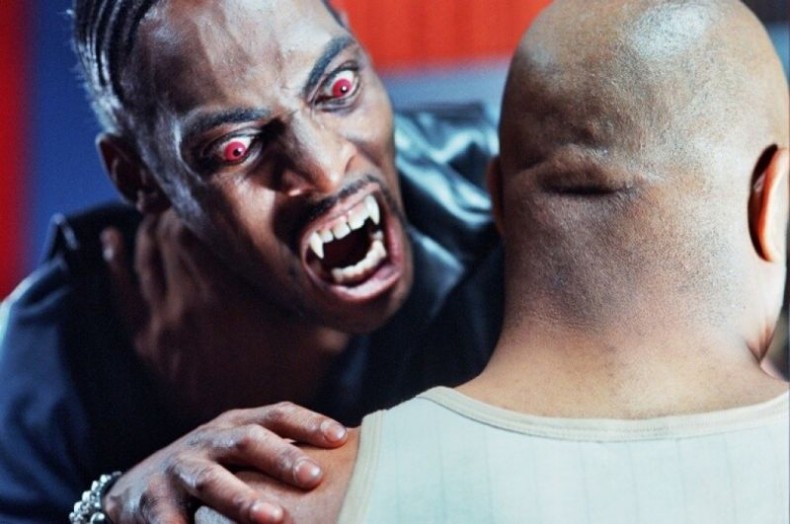 “Dracula 3000” is – like its villain – an example of the fact that bad movies live on, and that we will always have more schlock to sink our teeth into.

A trip into horror films is not complete without a trip into really bad horror films. There are many of them, often delightfully wonderful. Equally, though, many are horrific in and of themselves as their very existence can be a source of bafflement.

“Dracula 3000” straddles the line between these two. It is clear from the outset that this is not a film that intends to be taken seriously. Its combination of 90s oeuvre and highly traditional Dracula seem intentionally designed to provoke not fear, but a campy sort of delight. It’s made very much in the style of 1980s B-movies, unabashedly ticking off the same boxes and following the same plot lines. There is a secret android working against the crew of the stranded spaceship, the black man dies first, everything is there where it should be. Even the ending follows the same levels of predictable numbskullery. Even the ending proves to be both utterly predictable and baffling simultaneously.

None of this makes the film any less fun. If one approaches “Dracula 3000” without expecting to be scared, it can be enjoyable. That said, it often stretches its stereotypes too far, being casually racist against the black characters, and taking the idea that people in wheelchairs far past its logical conclusion. It’s a film that follows South African 80s ethics in addition to filmmaking techniques and styles.

However, none of that can detract from how absolutely amazing Coolio’s performance is. While his character had previous been lacklustre and at times a racial caricature, upon becoming a vampire, 187 (Coolio) goes well beyond what could be expected. Every moment of him on screen is a treat, from his over the top line delivery, to his scenery chewing, to the utter ridiculousness of everything he says and is. He livens up what might otherwise be a bog-standard bad horror film.

The rest of the actors, unfortunately, do not bring the same kind of life to their performances, delivering their lines with little emotion or interest. Captain Varna (Udo Kier) especially seems to have no real interest in displaying actual human emotion at any point, preferring to discuss the destruction of his crew and ship in a bland monotone.

Indeed, because of the monotone and the generic characters, much of the beginning of the film feels more like a video game than a film. The random video interlude interjections present what feels like game cut scenes in between protagonists running and screaming. The camera spins in small spirals throughout the chase scenes, begging the question of whether it was as bored as the actors and trying to liven up its day.

While “Dracula 3000” is badly made and hugely predictable, it’s difficult to condemn it utterly. It knows what it is and tries to give the audience a good time. Whether or not it succeeds is up for debate, but at least it is not a complete waste of an hour and a half. It’s not perfect or even good, but it is at least decently entertaining.

END_OF_DOCUMENT_TOKEN_TO_BE_REPLACED
Taylor Sinople Picks: The 16 Best Films of 2016
Form and Function in Alex Ross Perry’s “Queen of Earth&...
Digging for Fire and Unexpected: Husband and Wife Process Parenthoo...
Every Thing Will Be Fine 3D Review