Features
0
previous article
Double Exposure: They Came Together
next article
Where to Start: Five Essential Films by Woody Allen 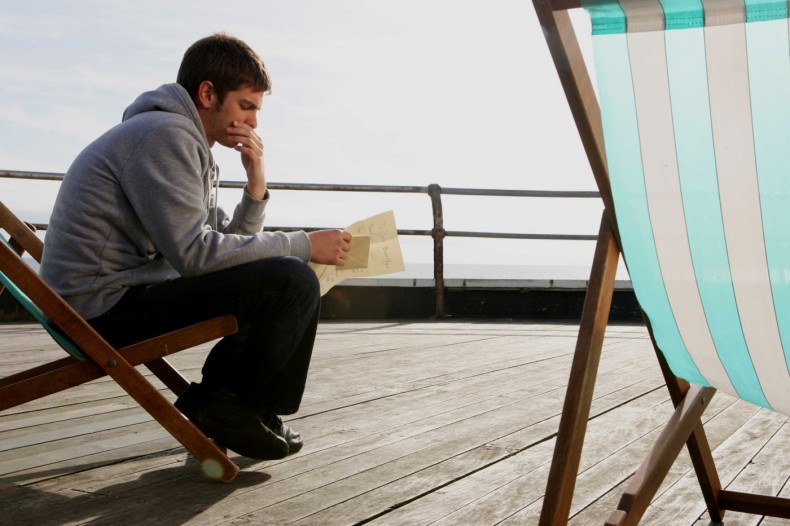 “Boy A” is a British film about a child murderer who is released from prison to start a new life with a new identity. It follows his journey while exploring a bit of his history and the path that led him to his crime and to who he has become. The film draws a great deal of inspiration from the murder of James Bulger and from the subsequent release of his murderers when they reached adulthood. While it tries to capture the emotion and the debate surrounding what ought to be done with child criminals, it almost succeeds too well, and in its focus on the life of the released criminal loses sight of the ethical debate and the questions surrounding crime, punishment, and rehabilitation.

The trouble with “Boy A” is quite simply that its premise is too interesting for the film it delivers. There is a massive bodies of films focusing on victims and their search for justice, and a smaller body focusing on perpetrators without really humanising them. “Boy A” is a rare film that not only humanises a perpetrator, but also sympathises with him and insists the audience do the same. It’s a jarring perspective for any audience to take, and the fact that this film forces them to take it is a bold and excellent decision. It forces the audience to consider these issues from a very different angle and think about the perpetrator as much as the victim. It forces them to consider the perpetrator as human, even if it’s difficult, as is the case in a brutal murder such as this one.

In terms of engaging with the ethical debate surrounding criminal justice, the film does everything perfectly. Jack (Andrew Garfield) is portrayed as a perfectly ordinary man, trying to make up for what he’s done in the past by being the best person he can be. He lives a mostly normal life, interrupted only occasionally by rescuing children from crashed cars or visits from his case worker. He is portrayed as being, not a monster, but the same as any of the rest of us – human.

The difficulty, of course, is that watching an ordinary person go about their ordinary life doesn’t necessarily make for the best cinema. Jack goes through his life, going to the pub, having sex, working, dancing, and doing everything that an ordinary person does. While the ordinariness of his life is welcome in terms of ethical debates, it does raise the question of why the audience is watching each of these events in excruciating detail. Dance scenes never seem to end, for instance, and Jack’s relationship with Kelly (Siobhan Finneran), rather than seeming organic, instead comes across as more than a little stilted, rushed, and unnatural. It comes off a relationship for the sake of including a relationship to humanise Jack rather than something ordinary. His life, essentially, is both boring and implausible in its utter ordinariness.

This is not the fault of the actors by any means. Finneran delivers a fine performance, and one can’t help but get sucked in by Garfield’s incredibly expressive face and body acting. However, the actors’ ability to deliver good performances doesn’t quite make up for the fact that, beyond engaging with the dialogue surrounding criminal justice, it is a film about a guy who does very little remarkable except have implausible relationships.

The plot really starts to seem contrived, however, when Jack’s identity is revealed and his coworkers all find out that he is a murderer. It’s a moment the audience knows is coming – it would have to in a film like this one – but yet the method by which the film chooses to deliver it feels so tangential to the plot that it seems to undermine the entire message the film is trying to send. It feels in many ways like it’s happening because it needs to happen, not because it’s what would happen. The film’s plot, instead of being allowed to grow and develop organically, instead comes off as ticking the appropriate boxes for the sake of making a film that ticks boxes rather than being one that tells a compelling story.

The same is entirely true of the ending. After an hour and half of getting to know and sympathise with this character, the ending doesn’t really seem to fit his thoughts or anything he has done previously. It certainly doesn’t fit with the message the film has said about motivations thusfar, though it does fit with the ethical debate.

That’s ultimately the flaw with “Boy A.” On the one hand, it’s an excellent addition to a body of work asking questions about rehabilitation, crime, and punishment. It’s a film that focuses on the perpetrator and humanises him, something which is rarely done, but which needs to be. It must be admired for the contribution it tries – and succeeds – in making by humanising and asking what it means to forgive. On the other hand, as a film, it fails, coming across as contrived and implausible, sacrificing characters and plot in favour of a message about justice. It’s a worthy film, but one best watched for the questions it raises and seeks to answer rather than as a story of redemption and criminal justice.

Janneke Parrish lives in South Korea where she struggles to order pizzas and consoles herself by watching far too many movies.
You might also like
Andrew GarfieldJohn Crowley

by Williamson Balliet on May 18, 2014
One often runs up against issues in critiquing the narrative merits of the wellspring of comic book movies appearing onscreen, most of which have a similar value to unwanted construction sites. They are loud, jarring, and ultimately impede the view of something worthwhile. And the contrivances of these plots are easy to hide behind. For […]
Comments
Leave a reply
Add Comment Register

END_OF_DOCUMENT_TOKEN_TO_BE_REPLACED
Taylor Sinople Picks: The 16 Best Films of 2016
Form and Function in Alex Ross Perry’s “Queen of Earth&...
Digging for Fire and Unexpected: Husband and Wife Process Parenthoo...
Every Thing Will Be Fine 3D Review