Features
1
previous article
FIRST LOOK 2015: I Touched All Your Stuff (A Vida Privada dos Hipopótamos)
next article
Where to Start: Five Essential Films by Yasujirō Ozu 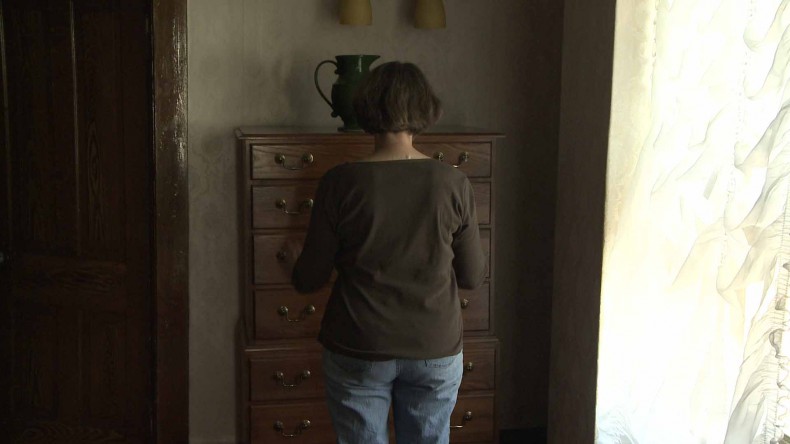 Despite the inspired casting of legendary filmmaker James Benning, Jon Jost’s Coming to Terms is a baffling misfire on every conceivable level, resulting in not only the year’s worst film, but one of the worst film’s in recent memory.

0.5
Critic Rating
You have rated this

James Benning has been one of the leading voices in the underground experimental movement for many years, and his appearance in the documentary Double Play alongside Richard Linklater only further illustrates the true scope of inspiration that has resulted from his work. Having released a steady stream of films since the early 1970s, Benning has always been able to stay on the cusp of the constantly changing experimental scene without ever succumbing to the pressures of mainstream media.

Writer-director Jon Jost is another filmmaker of this ilk, and his most recent film Coming to Terms casts fellow experimentalist James Benning as a dying father whose only wish is to be killed by his family. Assisted suicide, really, but the concept is still as unceasingly bleak as it sounds. One son is a pastor, the other is gay. One of his former lovers is a portly, blonde woman while the other is a thin brunette. Jost’s film is nothing if not a study in stark contrasts.

Unfortunately, the film is also a massive, profound failure on every conceivable level. From a horrible script with even worse performances, an unappealing palette, and an abundantly obvious lack of substance that doesn’t even justify its relatively brief 85 minute runtime, Coming to Terms isn’t just bad: it’s aggressively bad. Almost every scene goes on much longer than it needs to, and the unwatchable performances only add to the feeling that this horrid experience will truly never end. There is no reason for a film like this to exist. It says nothing profound about life, death, or love, although, at every conceivable moment, it tries so hard to.

The only redeeming quality in this film are two beautifully composed shots that offer a brief detour into the naturalistic groove that Jost seemed to be going for. The first was a wonderful composition of a red rock hill that Benning is revealed to be gazing at roughly six minutes after the scene should have ended. The other, which takes place directly after the death of Benning’s character, is a shot that could have only been done with a DV camera. It features a messy abundance of forest, all with the fuzziness offered by the camera of Jost’s choice.

One could theorize that Jost was attempting to create beauty with a seemingly inferior device, as evidenced by Jost’s odd choices of mise-en-scene during certain dialogue sequences, but this is possibly the only moment in the film where this approach is exploited to its fullest potential. Other than that, Coming to Terms is painfully bad and, to slam it with an even worse pun, I’m still coming to terms with the fact that I was able to sit through it.

Josef Rodriguez is a writer, filmmaker, and musician living in New York City. He is often labeled as "that guy who didn't love Boyhood" and he finds himself liking Harmony Korine films more than he likes his own friends. When he's not stressing over turning in reviews on time, Josef can be seen playing guitar, watching "Spring Breakers," or trying to write the next great American movie.
You might also like
first look 2015James Benning

END_OF_DOCUMENT_TOKEN_TO_BE_REPLACED
Taylor Sinople Picks: The 16 Best Films of 2016
Form and Function in Alex Ross Perry’s “Queen of Earth&...
Digging for Fire and Unexpected: Husband and Wife Process Parenthoo...
Every Thing Will Be Fine 3D Review