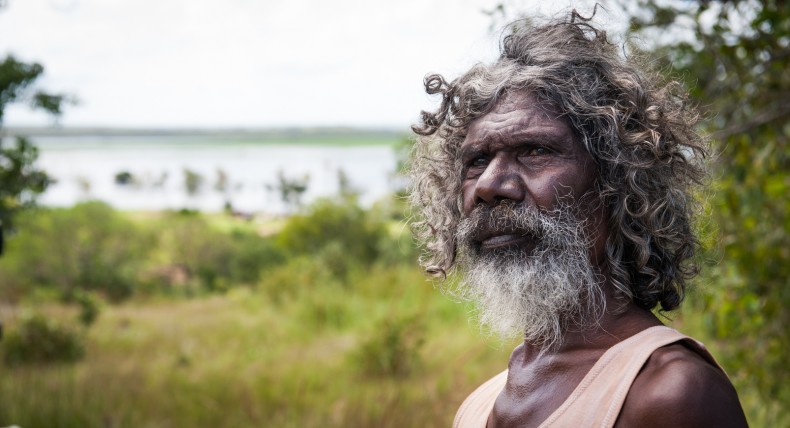 “Charlie’s Country” is nice to look at, and David Gulpili’s award-winning performance lives up to the hype, but its heavy-handed political message often gets in the way of the various subtleties and character moments presented throughout.

As one of the most beloved and well-known Aboriginal actors working today, it came as quite a shock to Rolf de Heer, director of 2002’s The Tracker, that his friend and frequent collaborator David Gulpilil was living as a homeless alcoholic in the streets of Australia just a couple of years after a number of fruitful partnerships over the years. Seeing that Gulpilil was at the end of his rope, de Heer promised him that they would work together on another film.

That film is Charlie’s Country, a loosely autobiographical tale of an Aboriginal man known in his community as Charlie, a generous, intelligent being who is becoming increasingly frustrated with his situation in life. Wishing he could live in a real house or eat healthier foods, Charlie takes matters into his own hands when the local enforcement agencies are unable to accommodate him. Charlie’s course of action sends him on a downward spiral that lands him poor, addicted, and in prison, forced to either assimilate to the culture imposed on him by the Australian government or to find the culture he knows and loves in his own home.

Charlie’s Country is an affectionate portrayal of an Aboriginal man who yearns to capture a way of life that has been all but outlawed by a system that obviously has no regard for the people they’re servicing. Shown in governmental and educational settings throughout Australia, Charlie’s Country is already contributing greatly to the conversation about Aboriginal rights in their native land.

Mr. Gulpilil, who earned an Un Certain Regard award for acting at last year’s Cannes Film Festival, is undeniably phenomenal as Charlie. Portraying him with a sensitivity and earnestness that is corroded by addiction and circumstance, Charlie’s pursuit of happiness is as unconventional as any that’s been portrayed in the cinema, but Gulpilil’s acting successfully humanizes both Charlie and his motivations in a way that will relate to audience members from all walks of life.

The film’s setting will prove to be undeniably foreign for most viewers – as it was for de Heer himself, who has previously stated that visiting David Gulpilil’s community was like stepping onto another planet altogether – but de Heer and Gulpilil do well with contextualization, and both make sure to never leave the audience unsure of anything in regards to the functionalities of certain members of the community.

However, on a purely cinematic level, Charlie’s Country feels more like an educational tool than an actual, three-dimensional narrative, and the film suffers greatly from a reliance on its agenda in lieu of fleshed out characters and thematically interesting plot points. Beyond Gulpilil’s riveting performance, the film doesn’t offer much in the way of technical or narrative innovation, and the structure often feels repetitive, as do many other aspects of the film’s construction (its score, in particular, which is comprised almost entirely of a single melody, has the potential to get on some nerves after being played ten or more times throughout the film).

Charlie’s Country is infallibly well-intentioned, and I have hope that it will expose some of the injustices that take place against the Aboriginal community, but the film doesn’t have enough material to stand on its own two feet, often relying on its heavy-handed political material, which can often feel emotionally manipulative and obvious. Rolf de Heer has made quite a career out of original Aboriginal narratives, but Charlie’s Country is not among his best work, even if it contains some of David Gulpilil’s best work on the screen.

END_OF_DOCUMENT_TOKEN_TO_BE_REPLACED
Taylor Sinople Picks: The 16 Best Films of 2016
Form and Function in Alex Ross Perry’s “Queen of Earth&...
Digging for Fire and Unexpected: Husband and Wife Process Parenthoo...
Every Thing Will Be Fine 3D Review