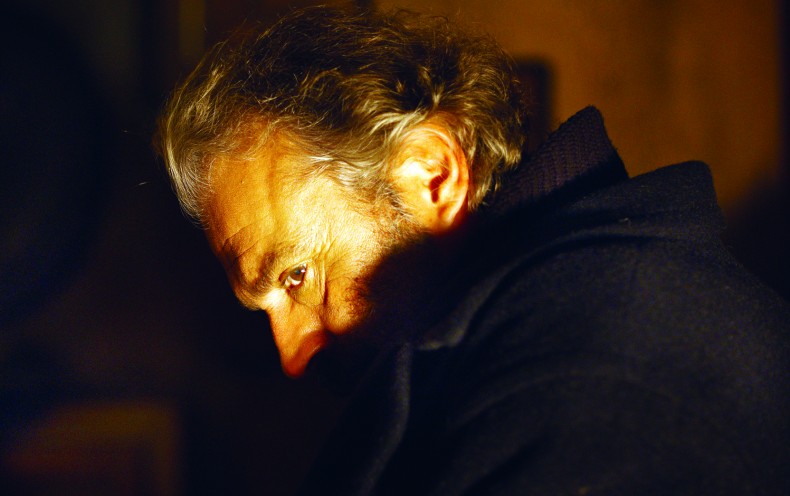 Watching the subtle shifts in character in these sprawling, 15-20 minute long dialogue pieces is to witness a virtuoso conduct a symphony on the best night of a tour. Complex human emotion penetrates every interaction in the film. Without the use of narration, we come to understand each character’s private motivations. Mr. Aydin begins as the most sympathetic character and is broken down from there to reveal his gentleness a fault. Bilginer plays the character with naturalism beyond belief. In an interview just after the film won the Palme, the actor remarked that receiving the script “was frightening, because it was 183 pages long. It was like a New York telephone book.” The subsequent rehearsals, which were filmed at all times, resulted in 200 hours of footage – a figure that offers some insight into the work that was required to master this sort of intense volume of material.

But the length of the final film is simply a non-issue. There are about as many scenes as any shorter film, they’re simply longer. The performances are engrossing, the writing (done by Ceyland and his wife Ebru) dense, and the photography stunning. Gökhan Tiryaki’s landscape photography is as essential to a Ceylan film as any other component. Tiryaki, this time, elects to follow the naturalism of the story by locking the camera down and allowing the actors to work in full frame, long-running takes. To get around cutting between two different shots, he’ll occasionally insert a mirror into the frame to achieve two shots in a single composition.

Citing superior color accuracy, he also elected to use the Sony F65 –a rare choice next to digital giants like the Arri Alexa or RED Epic. He’s right though – the mournful landscapes of Anatolia look fantastic and the color grade appears to add contrast but leave much of the original color tones that are so important in photographing a film that hopes to achieve both cinematic and natural tones. The sandy beige of the hotel’s cave-like exterior looks beautiful soaked in the pale, winter blue light.

Cult cinema may do best when offering shocking and stylish sequences to share with friends, but art house work like Ceylan’s lives on when opening a conversation with its audience. On form, the director remarks, “[it] has the ability to make the content more mysterious, more powerful, more real, more light, to imbue it with more truth. It’s everything really.” “Winter Sleep” and its masterful dissection of subtext and the internal forces at play between two people with a storied relationship will be a present figure in the history of international cinema alongside Bergman’s “Scenes From a Marriage.” The audience at the Chicago International Film Festival applauded the film despite the filmmakers not actually being present to receive the applause – it was a collective celebration of cinema that’s both derived from a single artist’s heart and mind, and breathtakingly involving.

Taylor is a Chicago-based writer and aspiring film historian. He is the editor here at TFP, and has contributed to a number of international publications such as Cinema Scandinavia, PopMatters, and Room 101 Magazine. He can also be found listening to podcasts, researching topics he has little use for, or running after a city bus.
You might also like
ciffciff 2014Haluk BilginerWinter Sleep

by Taylor Sinople on October 13, 2014
Paragraph 175 may have criminalized homosexuality in post-war Germany, but that didn’t stop many gay men from jumping the border to Zurich, Switzerland. There, with the right contacts, one could join Der Kreis (The Circle): an underground magazine that published essays and illustrations for gay men and hosted secret parties. Of the 2,000 subscribers to […]

by Taylor Sinople on October 10, 2014
Viviane doesn’t love her husband any more; in fact she hates him. But until her husband is willing to grant her a divorce, she’ll be ordered by the Israeli court to remain, imprisoned, in her marriage. This emotionally involving chamber piece takes place entirely in the courtroom as Viviane (played by Ronit Elkabetz, who co-directs […]
comments
Leave a reply
Add Comment Register

END_OF_DOCUMENT_TOKEN_TO_BE_REPLACED
Taylor Sinople Picks: The 16 Best Films of 2016
Form and Function in Alex Ross Perry’s “Queen of Earth&...
Digging for Fire and Unexpected: Husband and Wife Process Parenthoo...
Every Thing Will Be Fine 3D Review