Features
0
previous article
Five Tips to Make the Most of Your Time at an International Film Festival
next article
CIFF 2014: Two Days, One Night Review 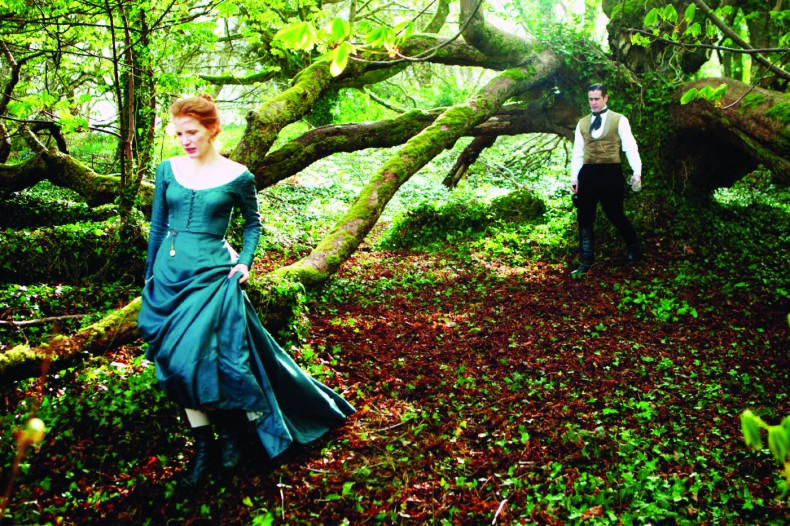 In “Miss Julie,” Colin Farrell stars as a lowly valet who falls for the baron’s daughter (Jessica Chastain) one long, drunken midsummer’s night. This sprawling Victorian adaptation of August Strindberg’s 1888 play mostly concerns the verbal dueling of a man and woman from different classes who feel drawn to each other and escalate their relationship beyond repair.

Along the way, short trips into the massive estate’s gardens and tunnels offer director Liv Ullmann (famed for her many collaborations with Ingmar Bergman) opportunities to embrace the cinematic medium, but for the most part this version of “Miss Julie” remains true to the stage with a mostly static, panning camera covering long stretches of dialogue. The lead performances, while fiercely committed, lack subtlety, but the film’s costumes and sets make it a must-see adaptation for theater and period piece enthusiasts.

Taylor is a Chicago-based writer and aspiring film historian. He is the editor here at TFP, and has contributed to a number of international publications such as Cinema Scandinavia, PopMatters, and Room 101 Magazine. He can also be found listening to podcasts, researching topics he has little use for, or running after a city bus.
You might also like
ciffciff 2014jessica chastain

END_OF_DOCUMENT_TOKEN_TO_BE_REPLACED
Taylor Sinople Picks: The 16 Best Films of 2016
Form and Function in Alex Ross Perry’s “Queen of Earth&...
Digging for Fire and Unexpected: Husband and Wife Process Parenthoo...
Every Thing Will Be Fine 3D Review