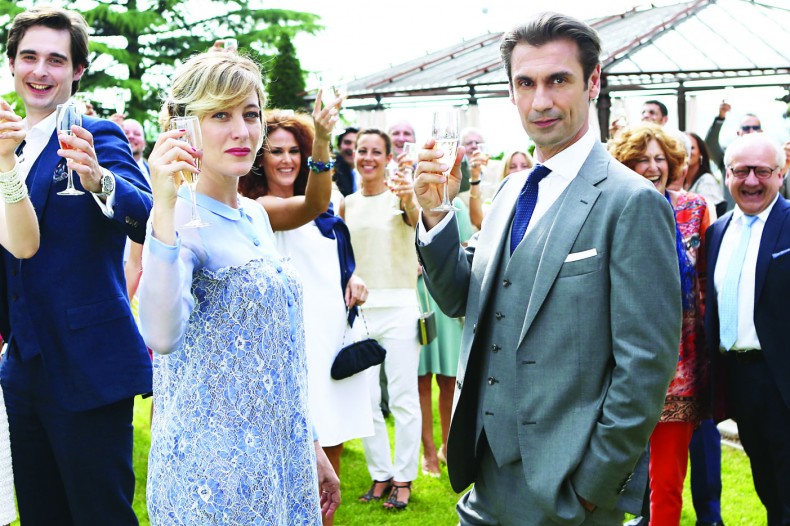 The rich benefit from economic instability and the poor are driven to desperation in this mystery drama that reveals three different perspectives of a single crime. As “Rashomon” and “Reservoir Dogs” worshippers continue to filter through film schools, the indie market is no doubt being flooded with films using the multi-perspective structure. The trouble is that scores of films are being made using a trendy storytelling device, the sure sign of a glorified gimmick in the making. But as Alejandro González Iñárritu’s work has done in the past, Paolo Virzì (“The First Beautiful Thing,” “Her Whole Life Ahead”) proves with this intimate Italian epic that, with the right intentions, the multi-perspective format can still wow us.

The story involves three characters: Dino (Fabrizio Bentivoglio, playing the “William H. Macy” role were this to be remade in the U.S.) – a real estate agent whose desire to be part of a prestigious circle of business men leads him to invest everything he has in a hedge fund; Serena (Matilde Gioli), Dino’s daughter, who’s caught between a very wealthy boyfriend and a very poor crush; and Carla (Valeria Bruni Tedeschi) the wife of the wealthy hedge fund manager Dino invests with and an aging actress who hopes to use her husband’s money to save a local theater.

The same night in all of these characters’ lives is repeated from each of their perspectives, in a series of vignettes that reveal the perpetrator of a hit and run accident. Virzì treats each vignette as a short film as opposed to getting caught up in forging as many connections between the vignettes as possible. The mystery doesn’t really get going until the second chapter is almost through, but the care Virzì shows for understanding his characters goes a long way towards this film functioning as a strong drama, not a cheap thriller.

“Human Capital” is dominating Italy’s most prestigious film awards including Best Film, Best Actress, and Best Screenplay at the David di Donatello Awards in 2014. Nearly everyone involved in the production is a top-level, experienced performer. Co-cinematographers Jérôme Alméras and Simon Beaufils, scene-by-scene, adapt their camera’s movement to suit the appropriate tone. Giant, fluid crane shots establish a beautiful Italian estate, while a heated dialogue scene finds them switching to hand-held work. Performance standards are off the charts, with Gioli making an impressive debut and Tedeschi doing her best work yet – no matter how similar it may be to a certain iconic female mob wife.

As these characters again and again place vanity and greed over empathy, Virzì, as he does with many of his films, makes a convincing leftist argument. In fact, he at times gets so sidetracked with this moral message that he forgets to develop the mystery he lays out in the film’s opening scenes, making “Human Capital” a little scattershot at times. And while the multi-perspective device works, it doesn’t necessarily give way to revelations that completely justify its use and I’m left wondering if the plot couldn’t have been tightened up through a more straightforward presentation. What it does unequivocally nail down is Virzì’s belief that risky decisions guided by a lust for wealth will lead to heavy costs in human life. That, and that sometimes we need master filmmakers to take gimmicks and show us how it’s done properly.

END_OF_DOCUMENT_TOKEN_TO_BE_REPLACED
Taylor Sinople Picks: The 16 Best Films of 2016
Form and Function in Alex Ross Perry’s “Queen of Earth&...
Digging for Fire and Unexpected: Husband and Wife Process Parenthoo...
Every Thing Will Be Fine 3D Review