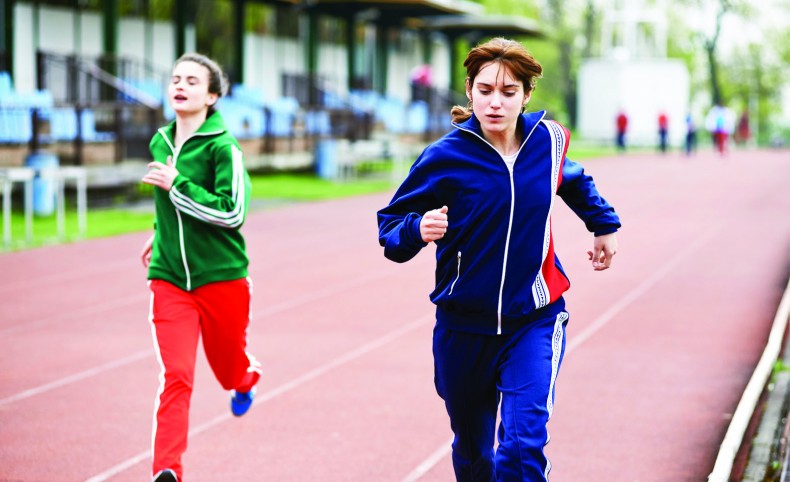 When a young athlete reaches a certain skill level in a sport, their talent becomes their obligation in the eyes of others. Suddenly there’s money and awards and honor at stake and a good thing becomes an angle to be manipulated.

Anna (Judit Bárdos), a rising track star, faces an ethical dilemma when she’s selected for Czechoslovakia’s national team under the condition that she uses anabolic steroids to increase her performance. Meanwhile, Anna’s mom (played by Anna Geislerová of “Something Like Happiness”) becomes part of an investigation fueled by Cold War paranoia.

This even-toned drama from editor-turned-director Andrea Sedlácková may be modest in ambition, but it’s successful in capturing a sense of the concerns of the public in 1980’s Eastern Europe. Perhaps to hide some of the budget limitations, not much of the city is shown and travel shots are tightly framed, but the interior spaces are well designed in tones of browns and tans.

Before steroid use was a major topic of discussion in sports ethics, athletes had only their own logic to deem its use dangerous. After collapsing on the track, Anna attempts to refuse any further “treatments,” but at an Olympic level being the best still isn’t good enough when the other competitors are doping. “Fair Play” isn’t much for laughs or thrills, but in its simplicity it highlights the ludicrous fact that with all the known risks to athletes, steroid use is still an on-going problem today.

Sedlácková is telling Anna’s story, but it’s her mother’s that’s more remarkable. Geislerová plays the more complex role, and her story involves some genuine intrigue as she rekindles a past relationship with a man being watched closely by the government. By weaving in a subplot that’s more interesting than anything else going on in the film, “Fair Play” doesn’t offer much satisfaction and may have you wanting to run home to watch “The Lives of Others.”