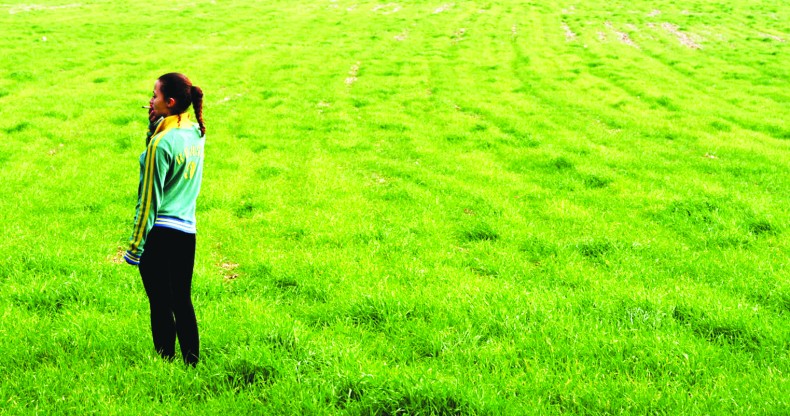 Director Gabriel Velázquez (“Iceberg,” “Amatuers”), in commitment to a bleak realism, keeps his characters at arms-length and then some, and the film suffers for it. Naturalism is one thing, but this 78-minute quickie feels a hell of a lot longer as we continue to observe these characters without ever getting to know them. Wide shots dominate the compositions with only a few close-ups to speak of. The non-professional actors give primarily physical performances – walking here, stealing this, running away, etc. – and there’s a certain amount of disinterest to the dialogue as if overhearing a conversation at a bus stop. It’s admirable that Velázquez is playing with stripping a film of a visible script and character arcs, but what’s left behind is decidedly hollow.

The aesthetics of “Artico” can be startling, considering how thoroughly downplayed and understated the screenplay and performances are. The beautiful landscapes of Spain are captured with stunning photographic compositions. Why, when everything else about the film screams “hands-off,” does the cinematography draw attention to artistic intent? The technique isn’t in sync with the rest of the production, but it does, in its subversion, highlight the grim, ugly beauty of real-life struggle. The tragic themes are fundamental and true, but not altogether deep enough to provide much memorability.

For such a humble, small film, “Artico” is a real bundle of ideas and each successful one is met with a failing one. Point: Early, clunky attempts at structure segment the film into vignettes with each titled after a single character, but Velázquez later abandons this method without explanation. Counterpoint: A click-clacking, stomping score is a perfect fit for the visuals. Ultimately, “Artico” employs a daring, challenging production, but not a very harmonious one.

END_OF_DOCUMENT_TOKEN_TO_BE_REPLACED
Taylor Sinople Picks: The 16 Best Films of 2016
Form and Function in Alex Ross Perry’s “Queen of Earth&...
Digging for Fire and Unexpected: Husband and Wife Process Parenthoo...
Every Thing Will Be Fine 3D Review