2014 was a huge year for cinema. Boyhood came and conquered, Under the Skin dug itself in, and The Grand Budapest Hotel turned around even the most adamant Wes Anderson criticizers. To celebrate such a great year at the movies, we polled over a dozen of our contributing writers and editors to produce this aggregated list that represents the sharp opinions of everyone here at The Focus Pull. Along the way, we’ll be sharing some of our favorite moments in a movie theater in 2014. 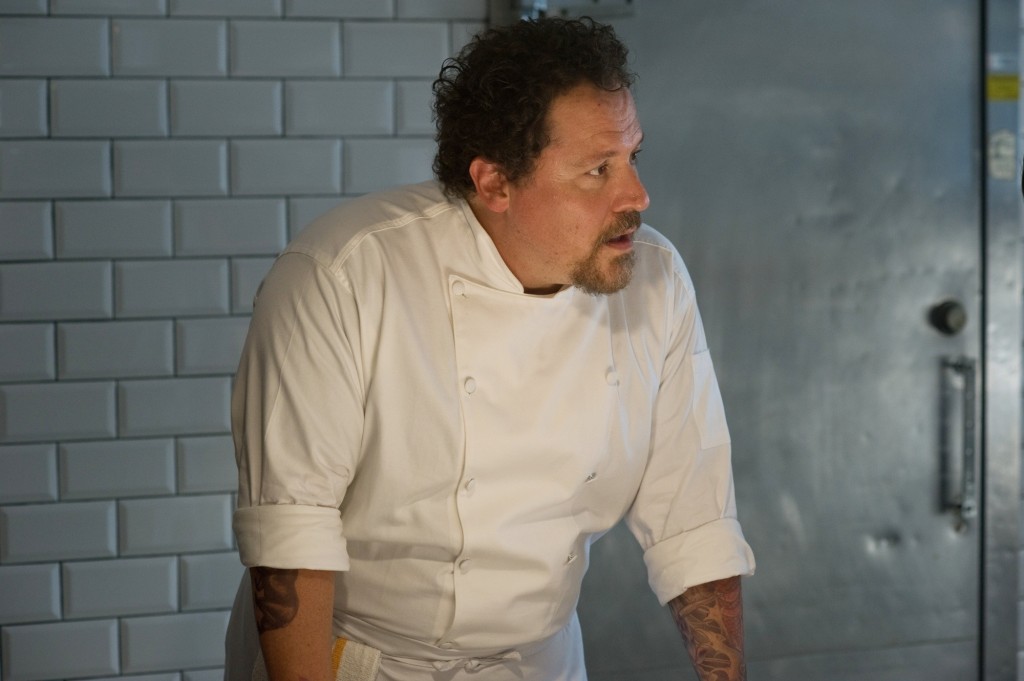 Chef, like the best food, works so well because of its simplicity. Mirroring his own career as a filmmaker, Jon Favreau’s foul-mouthed, parentally challenged chef character Casper Carl moves from high acclaim to a smaller endeavor when he scraps his successful restaurant career to run a small food truck. Chef is one of the most exciting, endearing, and passionate films about food, family, and love. It’s funny and charming, but doesn’t forget to have a warm heart. Sometimes we could all use a little comfort food. —Jakob Johnson

THE ROVER
directed by David Michôd 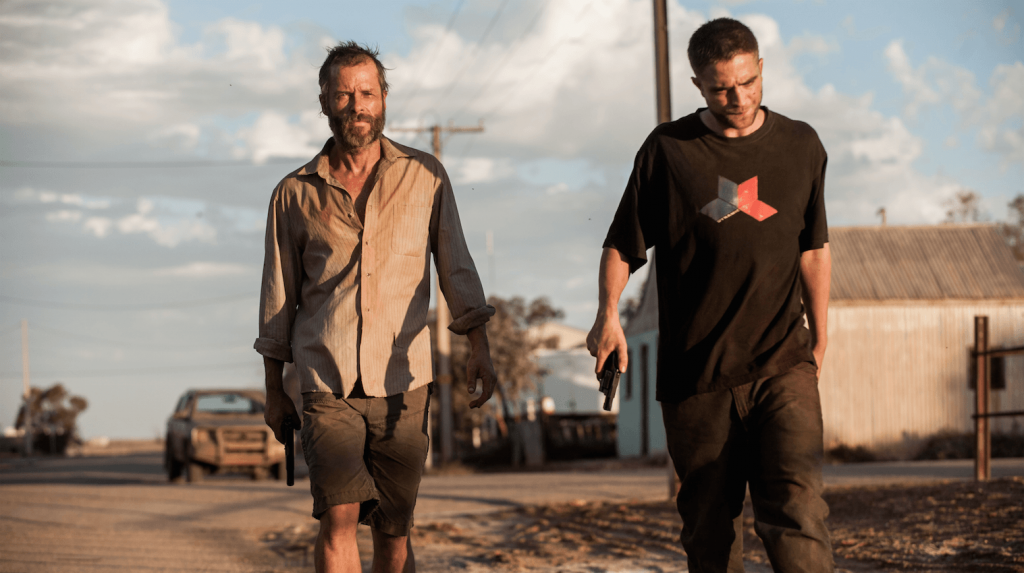 Dystopian post-apocalyptia has become the new playground for young adult fiction after the readership chewed up and spat out monster-romance. The Rover takes the genre back to the adults – back to real tragedy – for the first time since 2009’s The Road. We learn the rules of this world in the tense opening sequence. Somewhere in the Australian outback, ten years after an event referred to only as “the collapse,” Eric (Guy Pearce), a weathered loner in a stained and dusty collared shirt and cargo shorts, chases after three men who have stolen his car. Memento was the last time we saw Pearce this worn and resolute, and co-star Robert Pattinson is unrecognizable, without a benchmark performance of this quality with which to compare. They make a hell of a dynamic pair. Eric has withdrawn into himself as a response to the collapse. He holds onto the humanizing personal details somewhere deep inside, and refuses even to reveal his name to others. There’s a relatable beauty to his character. A sense that in this dangerous world where justice and consequence are no longer functioning concepts and domesticity is only a story from another time, the only thing to do to cope – and to last – is to harden. —Taylor Sinople

MAPS TO THE STARS
directed by David Cronenberg 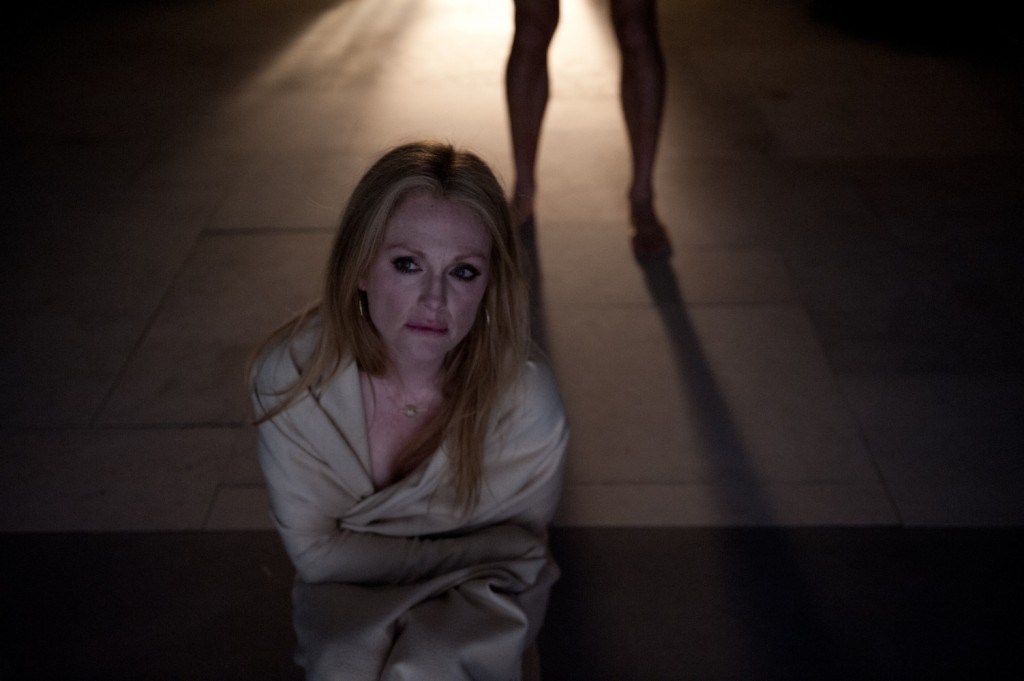 A classic David Cronenberg film in its high levels of “weird” and purposefully obtuse direction, Maps to the Stars is a cold look at the modern world of celebrity, filled to the brim with satire as dark and biting as a full-grown, pissed-off Rottweiler. Virtually all of the performances are noteworthy (and unsettling), and it is in turns funny and horrifying, filling in a new chapter nicely in the continuing saga of Cronenberg’s prolific output. —Maximilien Luc Proctor

STARRED UP
directed by David Mackenzie 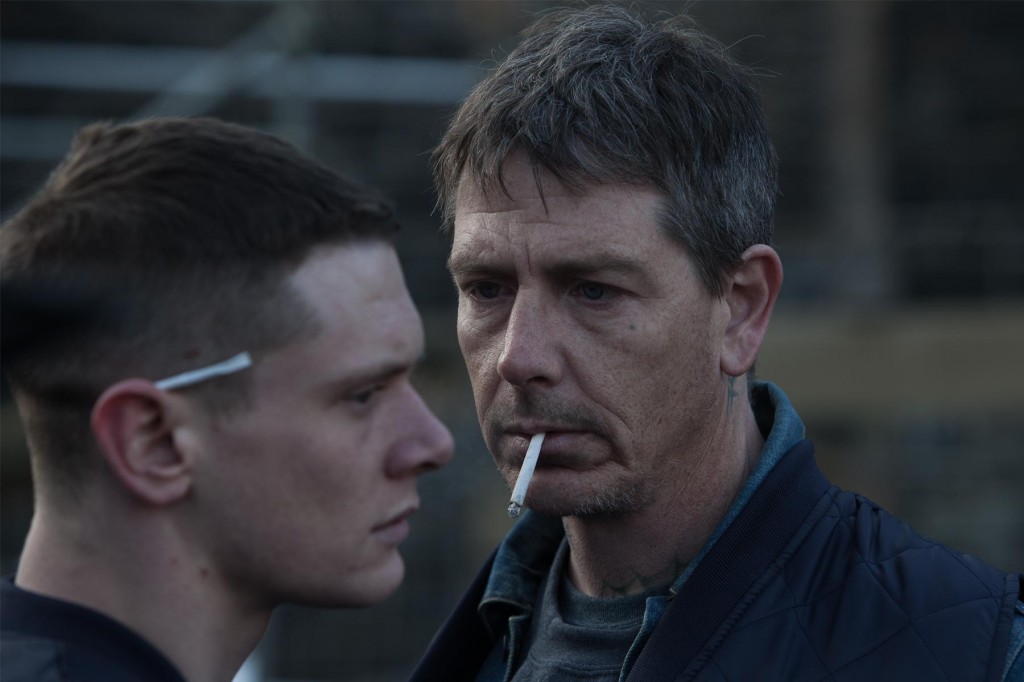 Starred Up covers familiar territory but uses a shrewd eye and a stellar cast to elevate it above the typical prison drama. A newly convicted prisoner (Jack O’Connell), his father (Ben Mendelsohn), and a prison therapist (Rupert Friend) inhabit a bleak English prison that is itself a character in the film. Each actor turns out subtle, realistic performances as men simmering with rage and brimming with contempt. Director David MacKenzie and writer Jonathan Asser have crafted a tense, visceral film capable of standing the test of time against other genre heavyweights. —Jakob Johnson 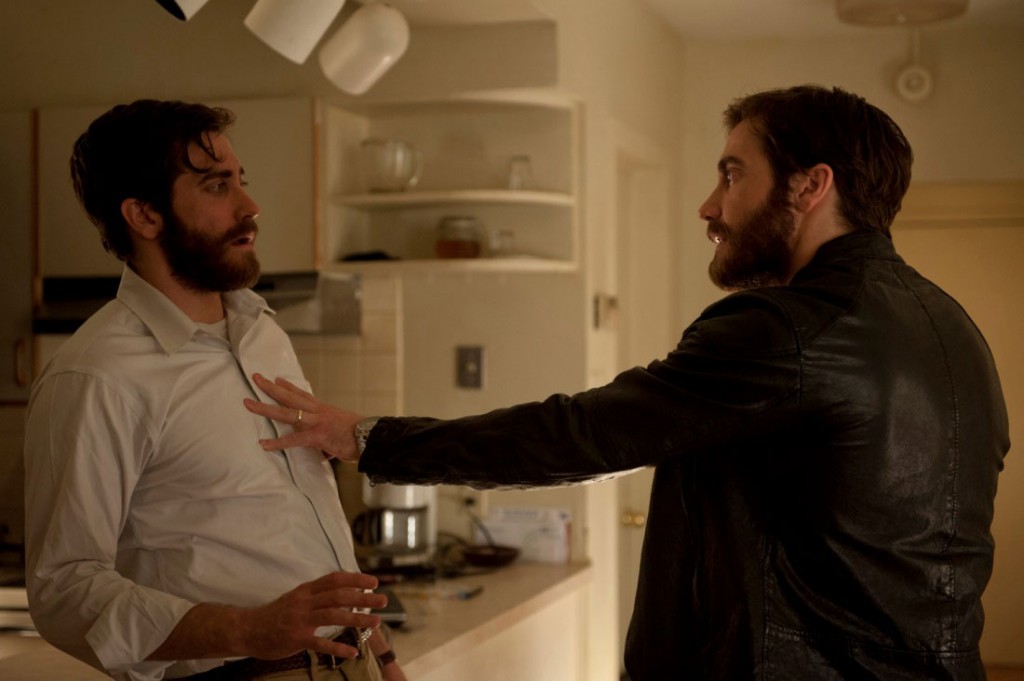 Dennis Villeneuve has high expectations to meet coming off of last year’s critically acclaimed Prisoners. His answer: a dark, uniquely spun web of a tale that more than lives up to those expectations. Enemy is a twisted one-man show of sorts, with Jake Gyllenhaal brilliantly portraying both Adam and Anthony, two distinctly troubled characters faced with a very unique predicament. It’s hauntingly ambiguous and occasionally surreal, but the film’s most intoxicating quality is the mood that Villeneuve creates. It sends Enemy drifting in and out of a dream-like state, never quite letting the viewer know if what they’re witnessing is actually happening. —Thomas McCallum

Seeing the 30th anniversary edition of the Talking Heads’ concert film Stop Making Sense at my local art museum was awesome. A (psycho) killer of a concert film, watching David Byrne in action in his prime as captured on film by Jonathan Demme is invigorating. Byrne starts the show alone with a solo acoustic performance and is joined on stage by an increasingly large number of band mates and props. It was hard to believe this was a film and not the real thing we were witnessing, and it was even harder to try and sit still. The whole audience ended up swaying to crazy rhythms throughout and letting out a round of applause alongside their screen surrogates when it ended. Despite the noisy rumblings of action blockbusters and the quiet, contrived drama of self-important indie breakthroughs, the most emotional experience I had in a theater this year came in the form of a thirty-year-old concert film. —Maximilien Luc Proctor

END_OF_DOCUMENT_TOKEN_TO_BE_REPLACED
Taylor Sinople Picks: The 16 Best Films of 2016
Form and Function in Alex Ross Perry’s “Queen of Earth&...
Digging for Fire and Unexpected: Husband and Wife Process Parenthoo...
Every Thing Will Be Fine 3D Review