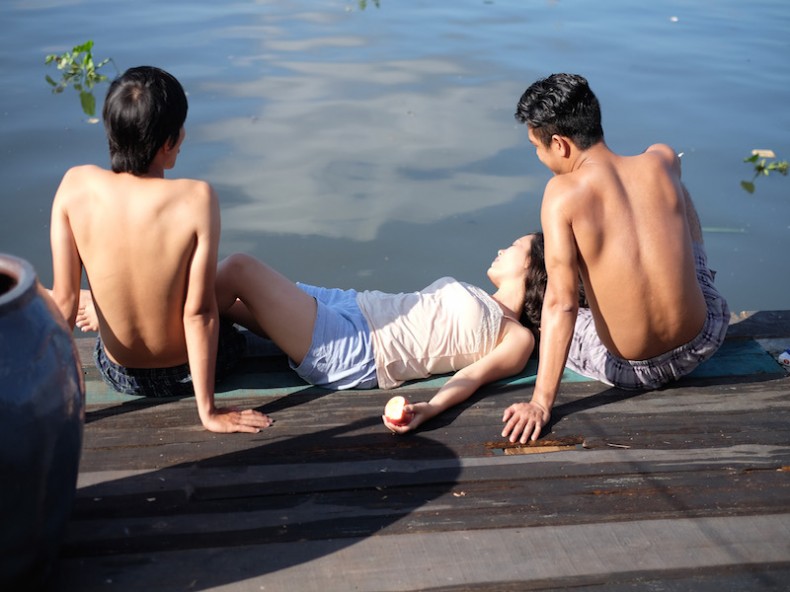 It took me nine days – now the penultimate day for press screenings and the third from last of the festival – to find out the Berlinale Palast (where the majority of the screenings I attended were held) has not one, but two (!) balconies. I went all the way to the top to take a picture today, but it just didn’t do justice to its real-life counterpart. That makes an impressive film that much more impressive; it can’t capture reality as it is and transmit a quarter of the information transmitted by seeing the event first-hand. Instead, a film tries to build its own reality in an effort to convey some fraction of this great big thing we call life.

Today’s first screening was of a Vietnamese film entitled, Big Father, Small Father, & Other Stories. A compressed anthology of several friends and family members’ intertwined experiences told as a single story, this film featured yet another bloody nose.

Walking around between screenings, I saw a pair of German kids walking around holding movie tickets. Just as I was starting to mentally compose my next paragraph about how beautiful it was to see even the kids were excited about cinema here, it turned out they were scalpers. One of them started to offer me the tickets for sale until he saw my press pass and said in German “Oh you’re a-“ and then ceased to make sounds other than a small bit of laughter. Needless to say, I was a touch disappointed, but it was quite funny. 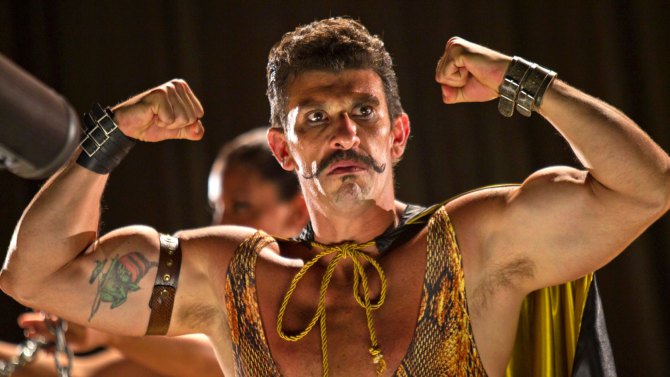 Next up – because I wasn’t too enticed by the prospect of seeing Kenneth Branagh’s Cinderella — was Blue Blood, a film I had missed the initial press screening for, and thusly had to watch (for the first time this festival) with a “normal” audience of ticket-holding movie goers. It was fantastic! There were roughly six (at least two of whom were still press people) walk outs as opposed to what had become a usual twelve plus, and there was a director’s Q&A right in the theater instead of a press conference to rush to afterwards! As for Blue Blood itself, it had a great energy, sensuality, and inventive camera to its name. Set entirely on a beautiful island (which director Lírio Ferreira told us was the very island Darwin had set off from en route to the Galapagos), it is a story of evocative nostalgia about making sacrifices to do what you love, about childhood memories and an old romance re-kindled. It is also about the circus as being the oldest and purest manifestation of cinema.

Walking around between screenings yet again, I managed to walk right by a crowd of people taking photos just as Kenneth Branagh and Cate Blanchett were stepping outside and into their escape vehicles. This whole celebrity thing is pretty nuts. 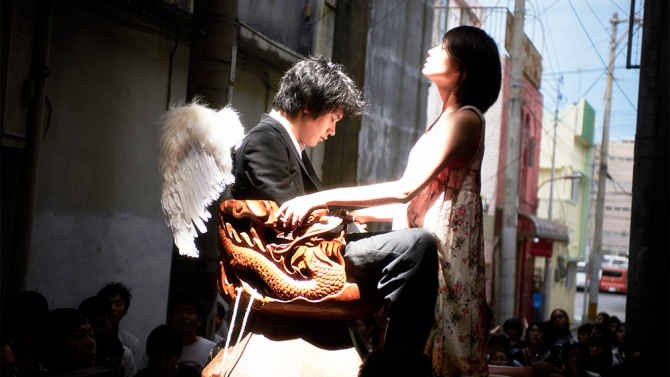 Finally, I closed out my day with Ten No Chasuke (Chasuke’s Journey), a Japanese film with an age-old story of selfless sacrifice and a modern twist, not to mention distinctly Japanese and fearless style. Chasuke is a tea-server in a place like Heaven, where the direction of earthlings’ lives are dictated by the scripts written for them by a massive team of writers. All of this is vaguely overseen by “The Man,” an almighty (and only briefly glimpsed) dragon. When a woman named Yuri is killed by a stray villain from a conflicting life-script, Chasuke travels to Earth to prevent her senseless and accidental death. What sounds outrageously ordinary on the page works much better on the screen, all thanks to the creative power of the script and direction by the mysteriously named SABU, adapted from the novel by SABU. (His real name is Hiroyuki Tanaka and you might know him as an actor from Ichi the Killer).

The sheer variety and amount of stuff I’ve seen at the Berlinale this year has been in and of itself like a semester or two of film classes. To think of all the films that screened that I didn’t see is simply baffling. It’s not even quite over yet and I’m already looking forward to next year.

Maximilien Luc Proctor graduated with a Bachelor’s degree in Film and Media Studies at the University of Oklahoma. In his spare time he plays guitar and sings in a band, as well as watching and making films however and whenever possible – as a one-man-production-team making avant-garde shorts or as a director of a small-scale independent feature productions. He likes what he sees in cinema and wants to celebrate the good stuff whenever possible.
You might also like
65th BerlinaleBerlinaleBerlinale 2015Blue Blood

END_OF_DOCUMENT_TOKEN_TO_BE_REPLACED
Taylor Sinople Picks: The 16 Best Films of 2016
Form and Function in Alex Ross Perry’s “Queen of Earth&...
Digging for Fire and Unexpected: Husband and Wife Process Parenthoo...
Every Thing Will Be Fine 3D Review