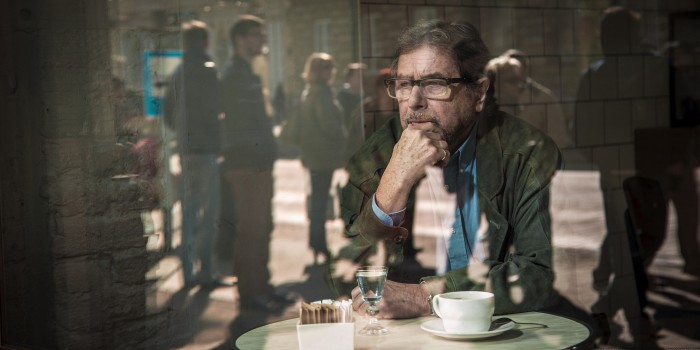 Today I went to see a Polish film, titled Body. The woman next to me was eating chips that smelled like cat food. I had arrived just after they’d let the line into the auditorium, so I had to settle for a seat pretty high up near the back. For the first time I realized the red and green lights reflected on the screen before the film began were the two colors of Christmas, and suddenly I got that Aronofsky wasn’t messing around when he said every day would be like Christmas. For once I was far enough back to really see the whole crowd. And the screen was no longer just a screen, but an elegantly adorned white void. Odd that the cinema screen defies certain laws of science: in the case of the screen, it is white when there is an absence of light, yet it takes the shining of light upon it to make it go black. Almost as if to warn us that what we witness in the confines of that gigantic rectangle is more like an inverted version of reality than a replication of it.

One guy got up and left within five minutes. I never understand these people, but it finally occurred to me that maybe they are market buyers, not here to watch films or write about them, but to find films to buy for distribution. Body was quite good, if mostly uneventful. The story of a cop-father and anorexic-daughter relationship strained by the death of the matriarch, it was simply told and subtly stylized, with careful compositions and precise use of sound. The opening image featured a steering wheel adorned with an Audi logo, which was funny because Audi is one of the official sponsors of the Berlinale (as the ten-second promo before each film continues to gently remind us. Body threatened at various points to turn into a hard-boiled crime thriller, a supernatural ghost story, or an exaggerated domestic drama, but in the end it was just a smart, well-acted, and touching film with a streak of dry black humor.

After walking out of Body, I was in such a good mood that I decided to throw caution to the wind and join a very short queue waiting to be let into the adjacent auditorium. Once inside, I asked my neighbor how long the film was. He said 71 minutes, so I stayed. There was an enormous thrill in sitting down to see a completely random film. It could turn out to be anything! Atrocious, life-changing, boring! It turned out to be This Gigantic Furrowing of the Ground. It turned out to be a bit boring. I commend it, but I can’t recommend it. I also can’t find it on Letterboxd, which I think is a first-time occurrence for me. The crowd slowly trickled out, ten minutes at a time. Probably a quarter of the audience had left by the end. Here I offer a piece of the press release summary to explain what it is about: 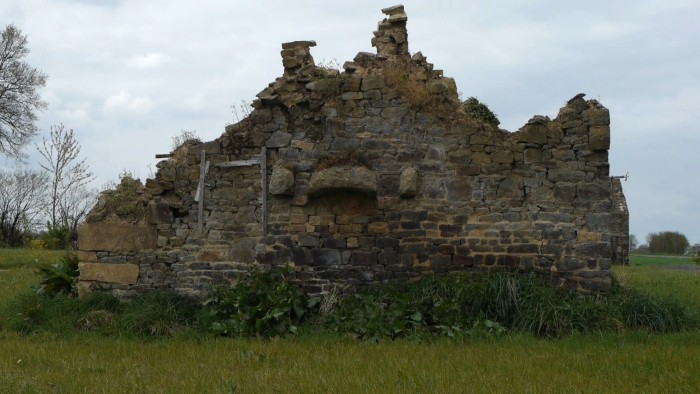 “Making direct reference to Jean Grémillon’s film Le six juin à l’aube, which was shot in 1944/5 under the direct influence of the total destruction of the region, this documentary essay carries out an inspection in search of the traces left behind by history 70 years later.”

There were plenty of great moments, but they always came too little and too late. There was one title card which read, “Let’s pretend temporal perspective doesn’t exist.” If only. But watching this film made me painfully aware of the remarkably slow passing of time. It’s not a bad piece of filmmaking by any means, but it insists upon itself so strongly that it quickly wears out its welcome.

I found out later that both films were by female directors – a pleasant surprise.

To close out my day, I happened upon a press conference for a film I hadn’t seen, The Woman in Gold, but got to see the likes of Ryan Reynolds, Harvey Weinstein, and HELEN MIRREN in the flesh. Good day.

Maximilien Luc Proctor graduated with a Bachelor’s degree in Film and Media Studies at the University of Oklahoma. In his spare time he plays guitar and sings in a band, as well as watching and making films however and whenever possible – as a one-man-production-team making avant-garde shorts or as a director of a small-scale independent feature productions. He likes what he sees in cinema and wants to celebrate the good stuff whenever possible.
You might also like
BerlinaleBerlinale 2015Film Festivals

END_OF_DOCUMENT_TOKEN_TO_BE_REPLACED
Taylor Sinople Picks: The 16 Best Films of 2016
Form and Function in Alex Ross Perry’s “Queen of Earth&...
Digging for Fire and Unexpected: Husband and Wife Process Parenthoo...
Every Thing Will Be Fine 3D Review