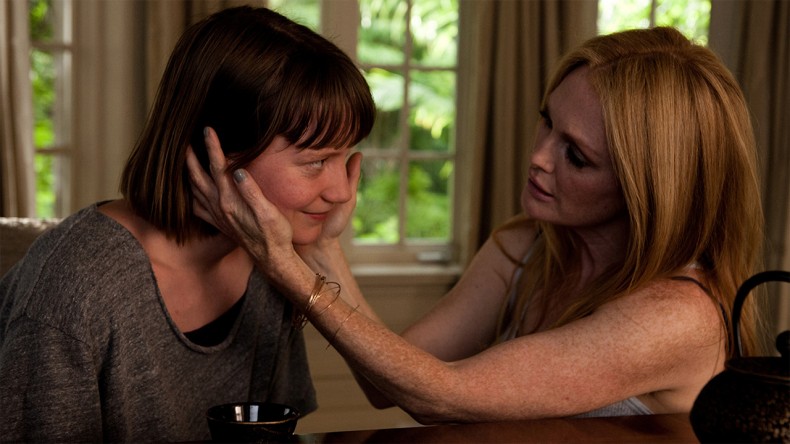 The 34th Atlantic Film Festival has wound down, and so have I (as it turns out, the “non-drowsy” part of cold medicine isn’t quite as effective after nearly 60 hours of film). Luckily, I was able to soldier through three of my four planned screenings on the final night before finally succumbing to what I’m deeming “festival flu.”

In a repeat performance, the multiple award-winning “Cast No Shadow” opened my day. I missed it on the first screening, as I had a date with Misters Dolan and Godard, so I was glad to have a second chance. The film was honored on day four for its direction, acting, cinematography, and named Best Atlantic Feature. I can vouch for every accolade that the festival jury has bestowed upon this film. It’s a deceptively familiar story about a kid with a rough upbringing, tinged with a fantastical element that recalls the likes of “Where The Wild Things Are.” I was impressed with the execution, especially the cinematography, which belies the film’s low budget.

I followed up with “Maps to the Stars,” the new David Cronenberg drama that functioned as the closing gala for the festival. As a plain satire, the film focuses on easy targets and seems to punish cynicism with cynicism. As a psychological drama, it delves a bit deeper into a culture that reveres the youth and innocence that it is doing its best to eliminate. Julianne Moore puts on a powerhouse show, eclipsing her strong costars, Mia Wasikowska and John Cusack. Aside from a shamefully shoddy special effects sequence, the film is fairly well constructed and entertaining.

Closing the night – and my AFF experience for another year – was Gregg Araki’s “White Bird in a Blizzard.” Shailene Woodley stars, which is perhaps what confused Araki into making yet another uninspired YA adaptation. The script is clunky, the ideas and tone are beyond scattered, and the conclusion is insipidly “unpredictable.” I could compliment the production design eye candy, but even that feels so misplaced in many scenes.

“The Guest” was slated to be my last, and judging by the reviews I’ve heard coming out of this and other festival screenings, I’m very sorry I had to miss it. Hailed as a sharp and charismatic retro thriller, it joins the ranks of the many other great films that I need to catch up with post-festival.

Zack is a software developer from Halifax, Nova Scotia moonlighting as a cinephile - until the weekend, when those roles reverse. He can often be found thoughtfully stroking his beard or thoughtfully stroking his cat. Despite remaining in the sitting position almost exclusively, he occasionally makes time to be bent into other shapes during jiu jitsu practice. You can aggresively shout your opinions and objections at him via Twitter or in person (anywhere beer is served).
You might also like
AFFDavid CronenbergJohn CusackJulianne Moore