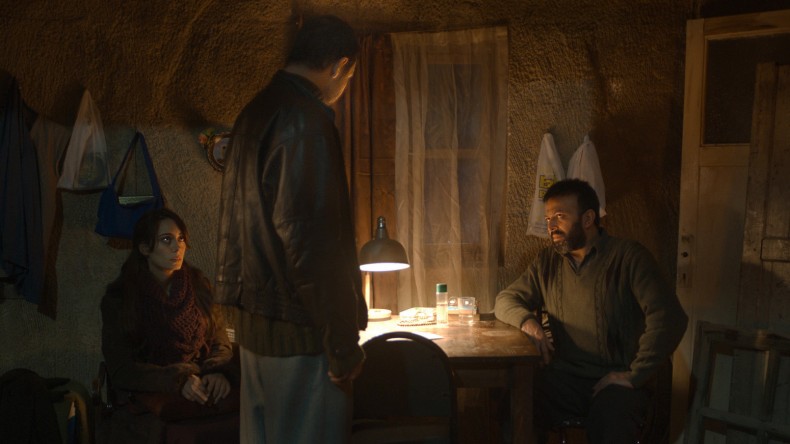 Today was it: the big day. I may have soldiered through six screenings on day three, including an impenetrable and self-satisfied Godard, but day five boasted the most leg-numbing film of the festival: Nuri Bilge Ceylan’s 196-minute Palme d’Or winner “Winter Sleep.”

I decided to ease myself in with a repeat screening of some short films from earlier in the festival. The shorts programs always have some great local talent on display – this time I was impressed with the exquisitely lensed “Father” from Jordan Tannahill and Robert Gray’s Super 8 split-screen romance “Zack & Luc.” My favorite, though, was “54 Hours,” an animated retelling of a 1914 seal hunting disaster in Newfoundland. The stunning visuals are eerily silhouetted in a style similar to “Feral,” a nominee for Best Animated Short at last year’s Academy Awards. I spoke with one of the directors, Paton Francis, after the short. He informed me that individual silhouettes were created from archival photographs of each man that was trapped out on the ice; there were 132 of them in total. “54 Hours” is available to stream here.

After a bathroom break and a coffee, I was ready to tackle “Winter Sleep.” It was my first Ceylan film. I had heard two things about his films: that they can be slow, and that they are breathtakingly beautiful. In this case, the slowness only lasted for me until roughly 30 minutes in, when the first in a series of several brilliant dialogue set pieces really keyed me in to Ceylan’s world. The beauty, however, lasted the entire time, and the Anatolia countryside is captured so that it looks both alien and inviting. The film is dense, but I’m eager to revisit it (and more than once) and try to unpack the many themes that it comprises.

Today was also notable in that it offered the first “festival badge of honour” film, as one of the AFF programmers introduced it. These are the films that are far too weird to draw a big crowd and, consequently, far too interesting to miss. Tonight’s badge was awarded to “Alleluia.” Director Fabrice Du Welz has created a nightmarish story of obsession that falls somewhere between “Bonnie & Clyde” and a Park Chan-wook film, and is full of intriguing directorial choices like spontaneous songs, rich colours, frantic editing, and shooting on grainy 16mm film.

Also screening today was “’71,” the visceral military film that takes place during a riot in Belfast. It got raves at TIFF and the word here was also overwhelmingly positive, so I’ll definitely be seeking it out in the future.

Zack is a software developer from Halifax, Nova Scotia moonlighting as a cinephile - until the weekend, when those roles reverse. He can often be found thoughtfully stroking his beard or thoughtfully stroking his cat. Despite remaining in the sitting position almost exclusively, he occasionally makes time to be bent into other shapes during jiu jitsu practice. You can aggresively shout your opinions and objections at him via Twitter or in person (anywhere beer is served).
You might also like
AFFCannesShort FilmsWinter Sleep