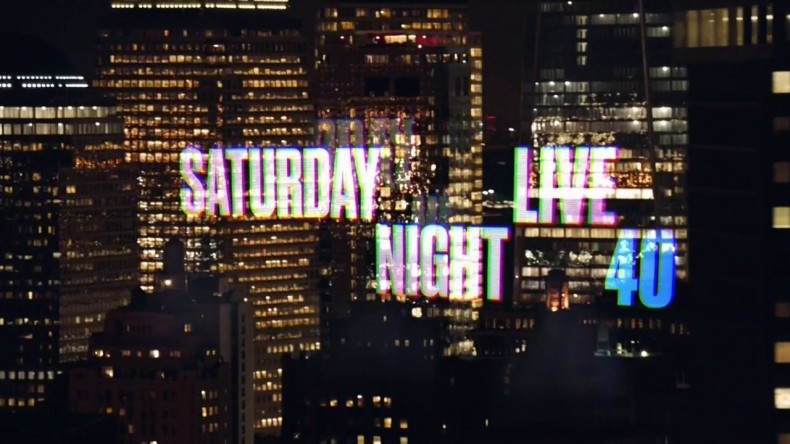 Saturday Night Live recently celebrated their 40th anniversary with a mammoth special episode that ran almost 4 hours and brought back old favourites from a long history of cast and characters. If Rolling Stone can take this opportunity to subjectively rank all 141 cast members, we should have no problem following suit with our own equally reductive list of all ten feature films (and one sequel) based on SNL sketches.

Though generally reviled by critics and audiences, many of the SNL movies hit their mark with small factions of their target audiences, becoming beloved classics. Offering little more than grossly inflated versions of popular sketches sprinkled with some surprising cameos, the SNL movies were rewarded with an intimate knowledge of box-office failure. With an attitude of nonchalance, the SNL movies — with their minuscule budgets and little studio supervision — jumped at every opportunity to make an original joke, turning a few segments of each (or more, if they were lucky) into genuinely hilarious, comedic treasures. 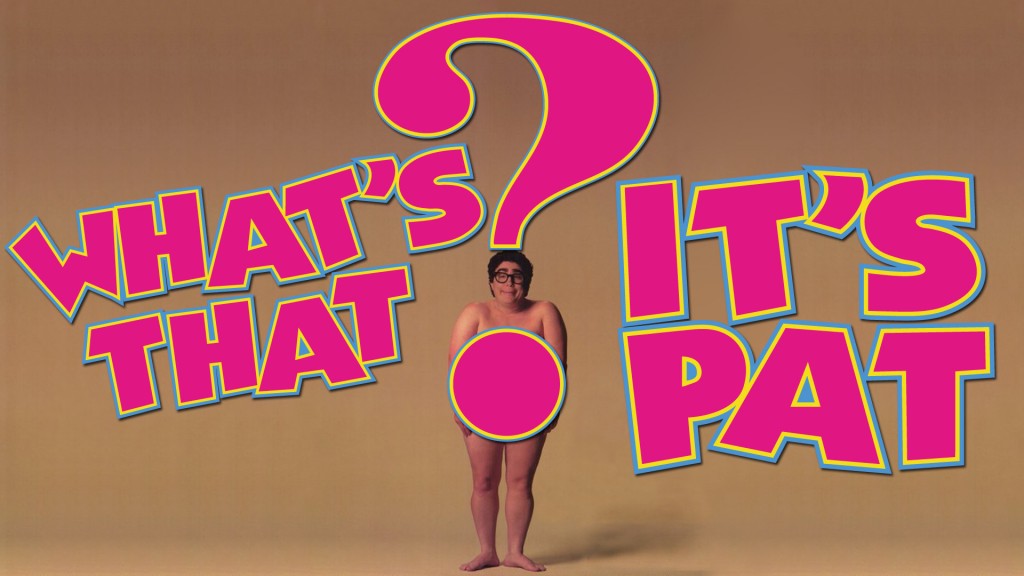 This was not a hard choice to make. Julia Sweeney’s androgynous Pat was one of her only characters on SNL and, in my opinion (not shared by Rolling Stone), one of her funniest. Playing off of a strict adherence to social graces, “It’s Pat” sketches riled up audiences and cooked up clumsy, crazy, and wholly avoidable antics based solely on the participants’ refusal to ask Pat his/her sex. This scenario is the entire basis of It’s Pat: The Movie, which offers little more than a string of ambisexual jokes, expanded upon until it drives the audience, and our (slightly delusional) proxy, Charles Rocket, insane. Upon a recent re-watch, I found myself really laughing at some of the more madcap ways Sweeney maintains her androgyny, but after the 15th time the same group of characters still cringes when Pat hints at a possible gender, it got very old. It’s Pat gets a few bonus points for being a refresher course in ‘90s B-actors, and for reminding the world that the band Ween existed. 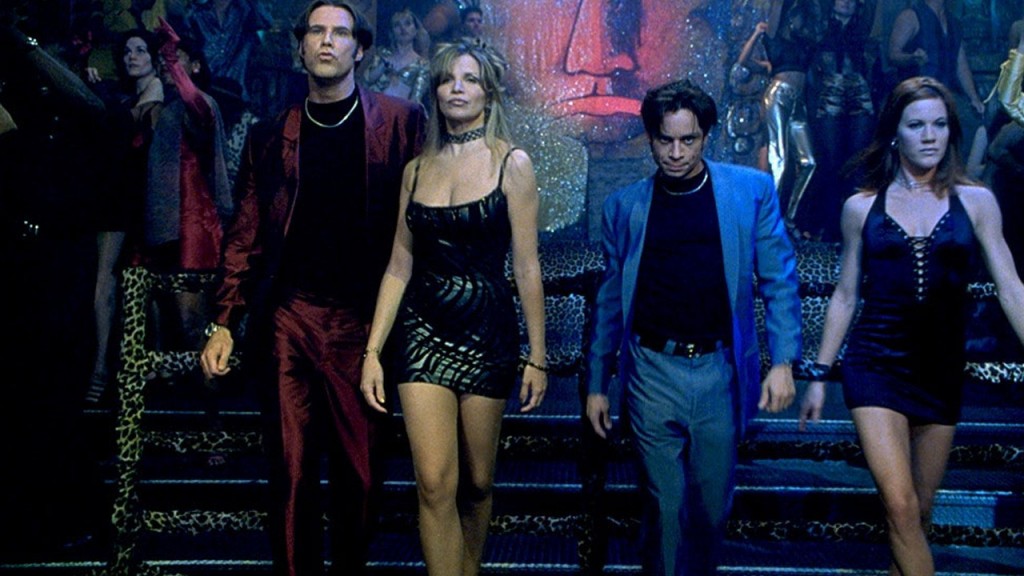 Sorry to disappoint my fellow Millennials, but Night At The Roxbury, despite its endless quotability and rhythmically powerful Haddaway jam, is a really bad movie. In a satire of the awful late ‘90s decadence surrounding the LA club scene, Will Ferrell and Chris Kattan play dimwitted brothers determined to open up their own nightclub. While obscenely rich, they are not influential enough to get past bouncers at the legendary Roxbury, where they will certainly find a plethora of doting women and finally meet their idol, Richard Grieco. Though there is an immense chemistry between Kattan and Ferrell, the rest of Night at the Roxbury struggles under the weight of a pervasive post-grunge sarcasm and takes itself far too seriously. 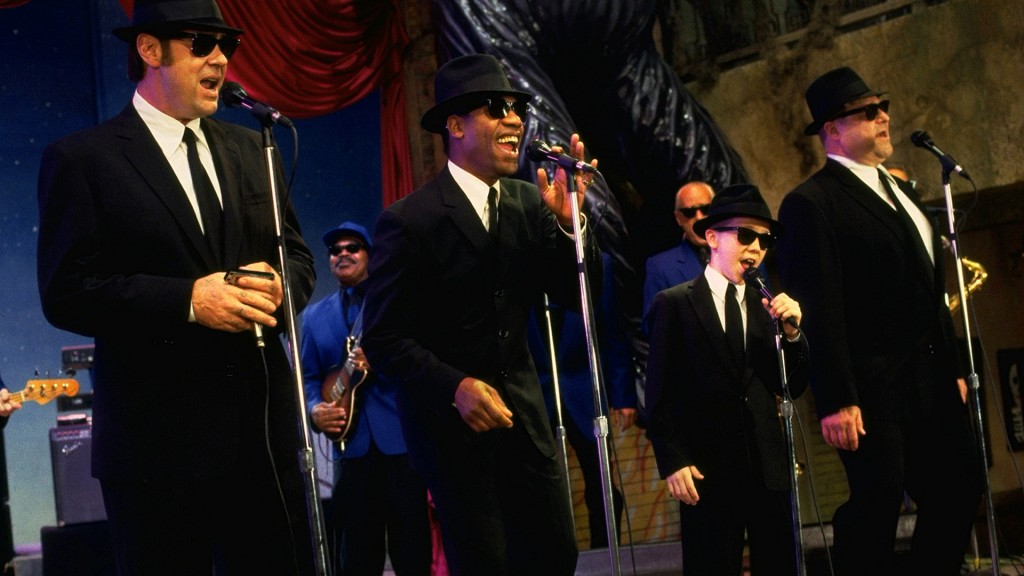 Legendary cast member Dan Aykroyd and John Goodman — host of SNL 13 times, an achievement he called “a Goodman’s dozen” during the anniversary special — team up to bring the world a sequel that was neither asked for nor needed. A re-hashing of old jokes and return cameos by Aretha Franklin, B.B. King, and the “rest” of the infamous band are the best Blues Brothers 2000 has to offer. Although it managed to surpass the Guinness record for “biggest car pile-up” from the first installment and features much of the same upbeat, soulful music, Blues Brothers 2000 does not have a fraction of the heart of its predecessor. 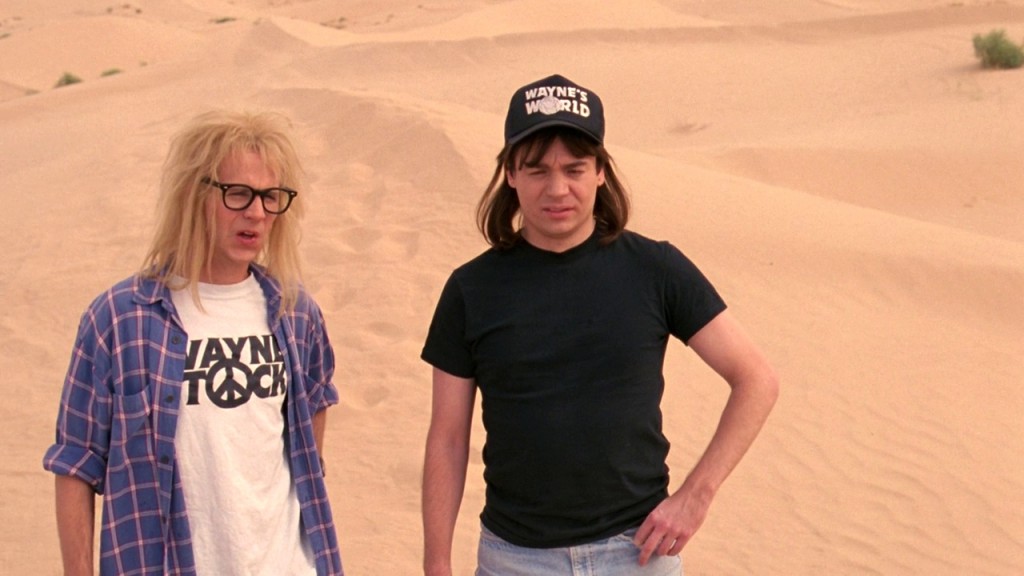 Wayne’s World 2 is mostly reused jokes from Wayne’s World, featuring a slightly older Mike Myers and Dana Carvey. While hard to condemn as a standalone feature, the similarity to the original has severely limited its potential on this list. I will more thoroughly cover the impact that the boys from Aurora, IL, had on popular culture in my summation of the original further (much further) down this list. The sequel does have the added benefit of an evil Christopher Walken, boosting the film’s effectiveness via his star power alone. 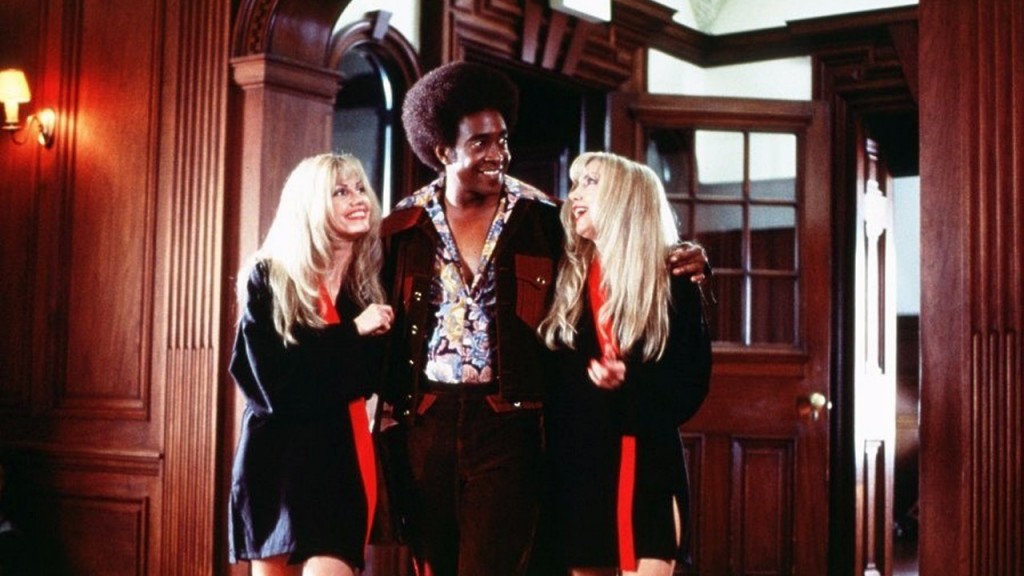 What’s sexier than a slightly lispy yet smooth-talking, Courvoisier-sipping 1970s holdout of a late-night radio DJ? All of the above, plus a sweet houseboat. Tim Meadows is the longest running cast member in SNL history and his prolific character, “Ladies [sic] Man” Leon Phelps, is one of his best. The feature-length treatment finds Phelps jobless in modern day Chicago, unable to conform his 1970s attitudes to the new millennium. Seeing Phelps outside of his DJ booth is a treat, as his years of theoretical advice are put to the test in the “real world”. Exceeding expectations, Phelps is the embodiment of his on-air persona, using his sweetly innocent charm to become a modern day Casanova. 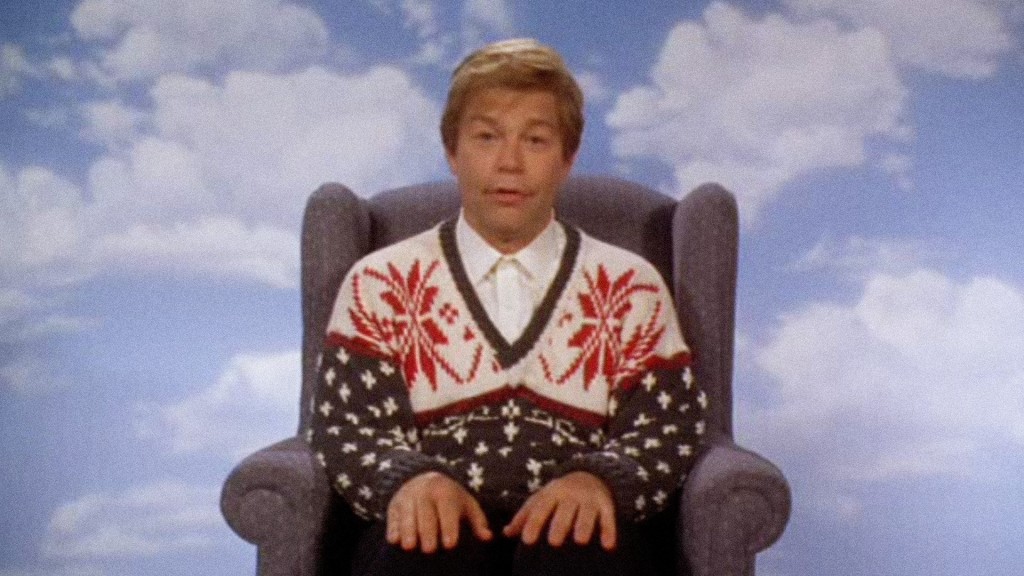 Stuart Saves His Family gets bonus points for starring a United States senator. Al Franken must have channeled his character, self-help guru Stuart Smalley, to assist with his win in the 2008 election, undoubtedly prepping each of his debates and campaign speeches with his famous mantra, “I’m good enough, I’m smart enough, and doggone it, people like me.” Like many SNL movies, Franken’s begins with his character losing a job. As a major proponent of the growing self-improvement movement, Stuart Smalley maintains his happiness in spite of a dark past. Dealing with a crumbling and entirely overbearing family, Stuart struggles to put the pieces of his life back together. Leaning on his 12-step sponsors for help, Stuart lapses into riotous negative behaviors when faced with the insurmountable odds of fixing his seemingly doomed family. Smartly written jokes dominate Franken’s film, a surprisingly taut yet goofy comedy mocking both the wanton use self-help programs and the insanity of the modern family. 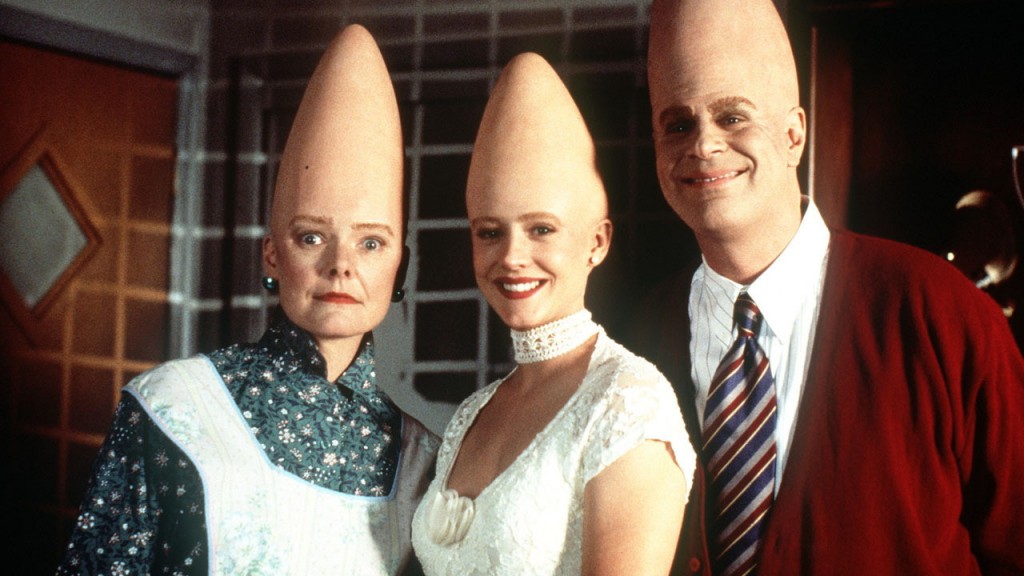 By the time the Coneheads made it to the big screen, its stars, Dan Aykroyd and Jane Curtin, had long-since left SNL. First appearing on the show in January of 1977, The Coneheads had left by ‘79, reappearing only in a Rankin/Bass TV animation special in 1983. By the time Coneheads was released in theaters in 1993, a major chunk of its intended audience (children) was unaware of its late-night beginnings. With appearances from then-current cast members including David Spade, Adam Sandler, Chris Farley, Michael McKean, and Phil Hartman, Coneheads had a huge scope for an SNL movie. Packed with satire of human colloquialisms and the Coneheads’ otherworldly abilities, the film did incredibly well in spite of its SNL origins. 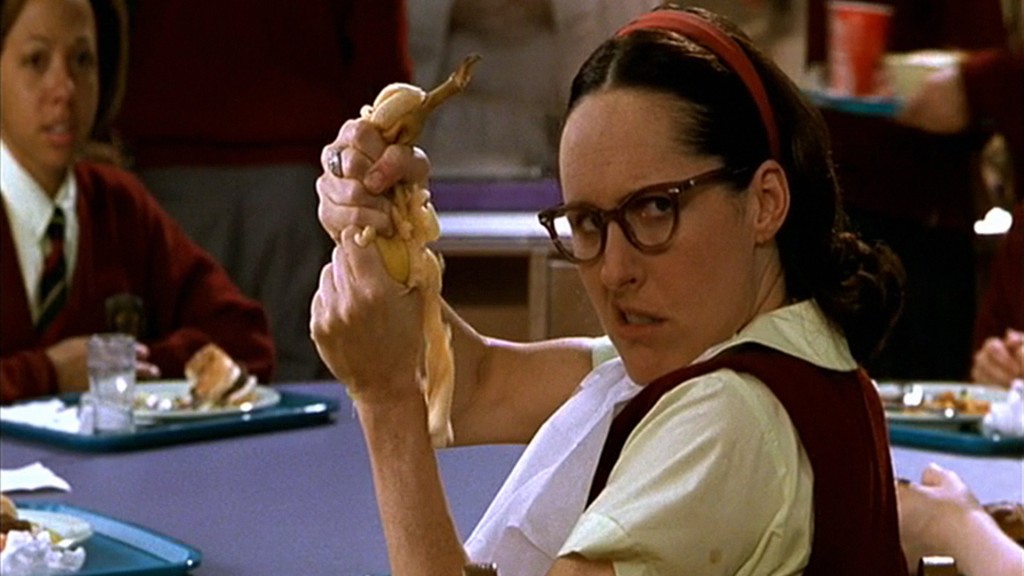 Molly Shannon is a comedy goddess. The physicality Shannon brought to her humor is unlike anything anyone had seen prior to her appearance on SNL. The sheer awkward silences produced by her trademark Mary Katherine Gallagher made entire live and television audiences cringe with disgust, but also reflect on their own equally blundering adolescence. Gallagher spoke to generations of “weird” kids, allowing everyone to accept their own social coarseness and be proud of who they are. The third on this list to feature Will Ferrell, Superstar works to dismantle the jock vs. nerd social constructs that have forever dominated the high school landscape, while poking fun at the backwards education system present in private religious schools. A triumphant story of a girl desperately trying to be loved and admired, Superstar has mountains of heart, easily overshadowing the constant faults that plague this (and every other) SNL movie. 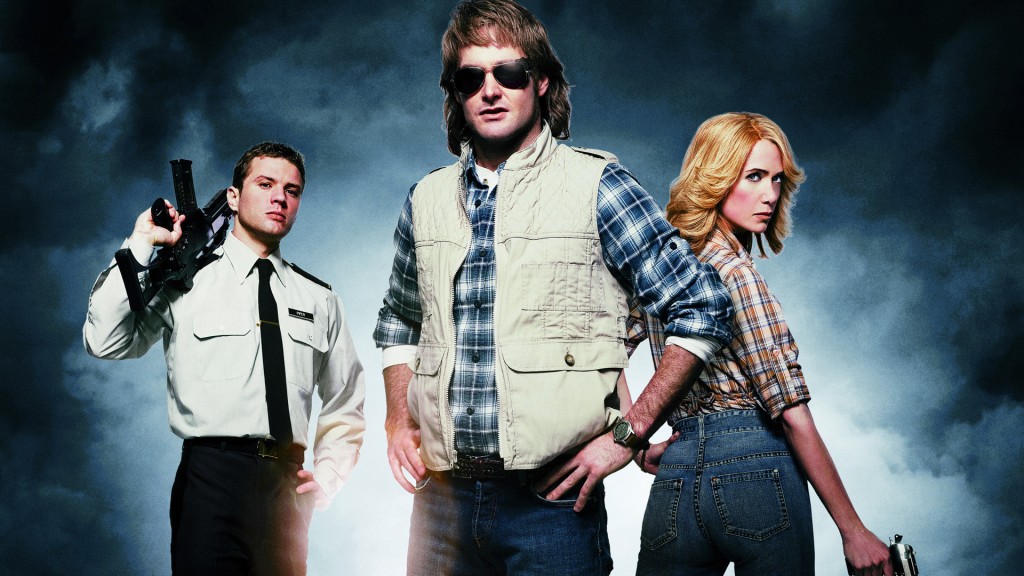 Will Forte’s MacGruber is a brilliantly constructed comedy that will, one day, develop an enormous cult following. Unlike every other entry on this list, everything in MacGruber‘s 90-minute runtime is a joke. There is no hidden message of love or unity, no real tension, and no character development; only jokes, wrapped in comedy, wrapped in satire — a comedic turducken, if you will. Forte teams up with SNL great Kristen Wiig and unlikely Hollywood icon Ryan Phillippe to produce a series of inside jokes and MacGyver rip-offs that become funnier with each viewing. Completely insane cameos from Val Kilmer and Maya Rudolph round off an extraordinary cast in a film full of exclamatory moments of ludicrous humor. Nothing is off limits in Forte’s film as his rigid adherence to his character’s profile provides countless laughs and stirs up utterly bizarre confrontations with all who surround him. 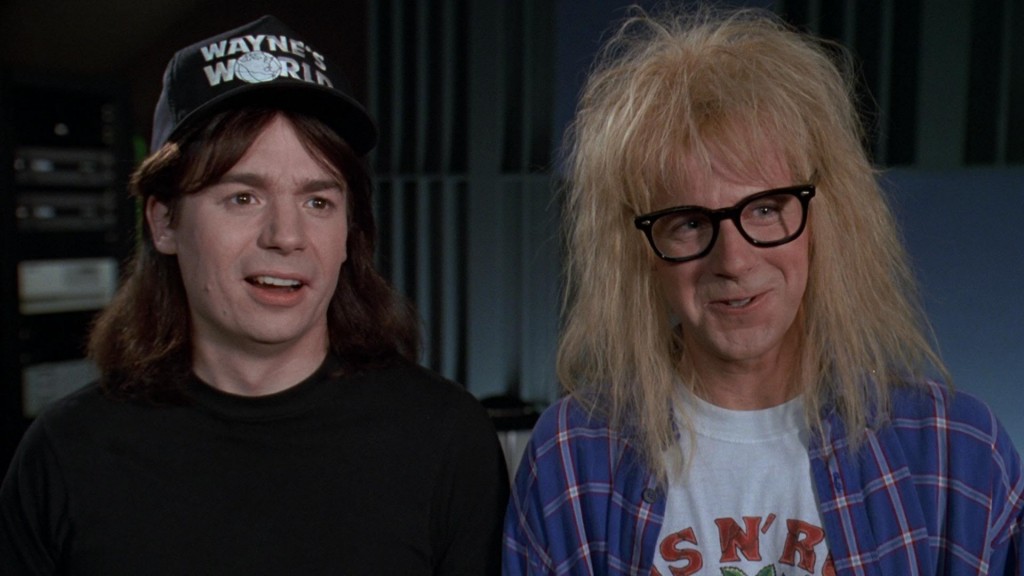 Totally excellent. “Wayne’s World” is one of the most beloved sketches in SNL history. Featuring two all-time greats, “Wayne’s World” balanced Canadian rock-junkie Mike Myers’ improvisational style with Dana Carvey’s impressive range to create a uniquely hilarious and all-too-quotable skit. Wayne’s World is predicated on the tried-and-true plot device of a group struggling to make a career out of something they love. Like a rock mockumentary, Wayne’s World is full of nonsense set to a killer score featuring Eric Clapton, Queen, and Red Hot Chili Peppers. A respectable script and an appearance from the ageless Rob Lowe (in a typical 1990s Rob Lowe villain role) elevate Wayne’s World from a sketch headlining SNL to the pinnacle of the 1992 pop culture zeitgeist. 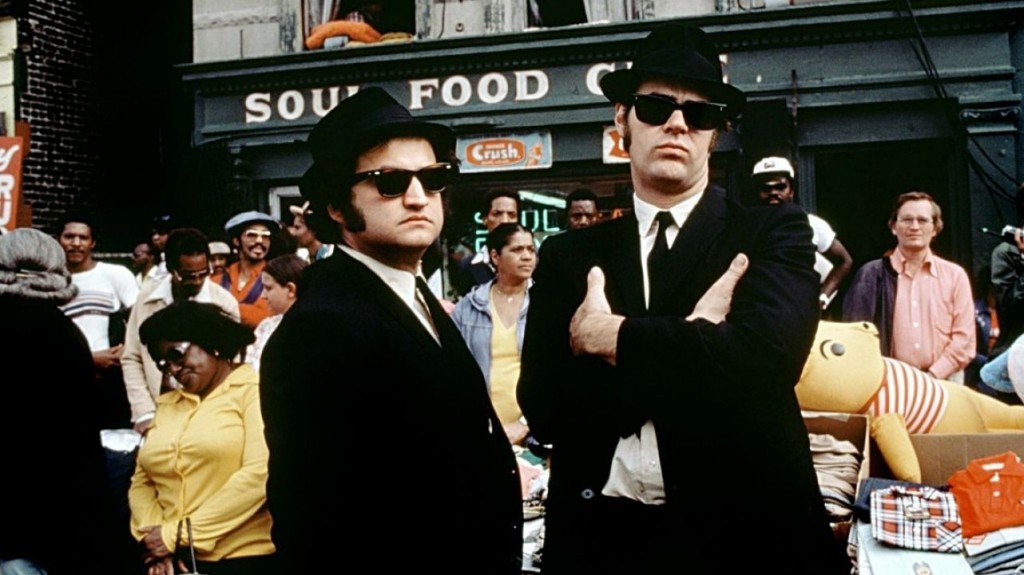 Far and away the best movie to ever come out of Saturday Night Live is the brilliant, nearly transcendent Blues Brothers. John Belushi’s presence alone would have gotten this film ranked higher than most on this list, even without a great movie to back it up. A quintessential comedy of the latter half of the 20th century, The Blues Brothers made a joke out of almost everything while stunning the audience with great blues music and preposterous cameos. Aykroyd and Belushi’s chemistry is palpable, as is their mutual love for the music and titans of blues with which they have surrounded themselves. Nuns, Chicago police, Nazis, a bazooka, and a massive car chase complete a movie already steeped in absurdity. With antics that would make Monty Python proud, Aykroyd and Belushi gallivant around Illinois, impervious to harm or repercussions for their actions — almost as if they were on a mission from God. Redefining what a comedy film could be, The Blues Brothers threw open the door for comedic surrealism and proved that just because a movie is set in the real world does not mean it must conform to societal, historical, or physical norms.

Jordan Brooks is a contributor to several online publications, including his own blog focusing on streaming film. Being an avid lover of film, he has recently begun diving more deeply into film history; and is working towards becoming more educated in world cinema. He currently resides in sunny California with his girlfriend and their dog (although the real film buff in the family is definitely the dog).
You might also like
SNL

by Josef Rodriguez on September 14, 2014
Editor’s note: Our “Double Exposure” reviews pit two or more critics against one another on the same film to hash out their differences in opinion. Agree with what we have to say or want to offer your own take? Leave it in the comments below. The Rundown Josef Rodriguez Final Rating: 7.5 out of 10 Bottom […]
Comments
Leave a reply
Add Comment Register

END_OF_DOCUMENT_TOKEN_TO_BE_REPLACED
Taylor Sinople Picks: The 16 Best Films of 2016
Form and Function in Alex Ross Perry’s “Queen of Earth&...
Digging for Fire and Unexpected: Husband and Wife Process Parenthoo...
Every Thing Will Be Fine 3D Review