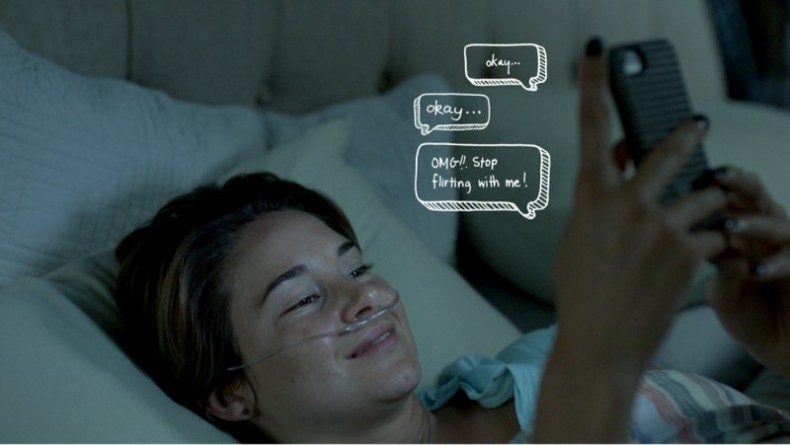 It is amazing how true director Josh Boone (“Stuck In Love”) stays to the material of John Green’s novel. For example, the scene where Gus tells Hazel he used his wish for them to go to Amsterdam and visit Peter van Houten, is entirely true to the book. The script, the setting (“Funky Bones”!), the atmosphere – everything. Little note: Joep van Lieshout’s sculpture “Funky Bones” is not the original one in Indianapolis, but a replica in Pittsburgh, where the film was shot.

Especially for those who have read the book, it is like the pages of Green’s amazing novel have come to life. The actors you see on the silver screen, are exactly the way I imagined Hazel and Gus to be. As Boone tells IndieWire: “The movie wouldn’t exist without the book, John (Green) has said similar things. You just try to recreate the feeling you had in your chest when you read the book. If you could bring that to life with color and music and performances, that’s what it is more than literally taking the text — which we were able to do a lot of.”

by Eden van der Moere on May 12, 2014
2. The Orange Picnic “What’s with all the orange?” I asked, still not wanting to let myself imagine that all this would lead to Amsterdam. “National color of the Netherlands, of course. You remember William of Orange and everything?” “He wasn’t on the GED test.” I smiled, trying to contain my excitement. “Sandwich?” he asked. […]
Comments
Leave a reply
Add Comment Register

END_OF_DOCUMENT_TOKEN_TO_BE_REPLACED
Taylor Sinople Picks: The 16 Best Films of 2016
Form and Function in Alex Ross Perry’s “Queen of Earth&...
Digging for Fire and Unexpected: Husband and Wife Process Parenthoo...
Every Thing Will Be Fine 3D Review