All posts by Williamson Balliet 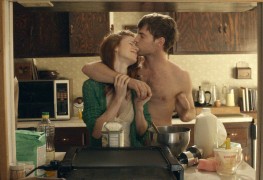 Despite early reliance on cliché and an irritatingly bland score, the climax of “Honeymoon” is worth navigating the stumbling blocks.
by Williamson Balliet 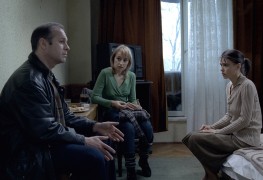 Editor’s Note: “Seven Year Itch” is a series of retrospective essays that look at films released seven years ago to the month. How does a Hollywood blockbuster from seven years ago work today? Which films have picked up an underground following since? Of special consideration is how the films have held up culturally, technologically, and critically. We see two […]
by Williamson Balliet 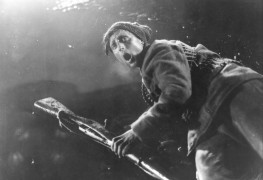 Upon Further Review: October (Ten Days that Shook the World) (1928)

Like how potential prey must adapt in order to thwart predators, so too did Soviet filmmakers. The works of directors like Sergei Eisenstein had to fluctuate thematically and stylistically to adhere to new cultural demands and political policies. These artists fell under considerable scrutiny, altering their protagonists, stories, and dialectics as a result of oft-changing […]
by Williamson Balliet 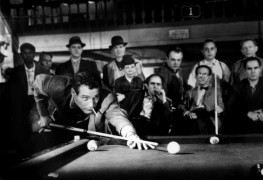 For twenty minutes of “The Hustler,” Fast Eddie Felson is who every man wants to be. He swaggers into Ames pool hall cocksure and loose. His sights are set on Minnesota Fats, the country’s most renowned pool player. He says that there is simply no other poolroom where he can walk out with $10,000 after […]
by Williamson Balliet 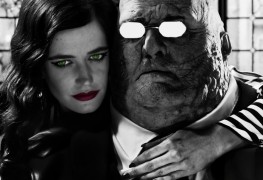 While watching “Sin City: A Dame to Kill For” it struck me that directors Robert Rodriguez and Frank Miller (again credited as co-directors) are completely unaware of the law of diminishing returns. There is a certain point in which adding more to a factor of a production will result in a decreased yield. In this […]
by Williamson Balliet 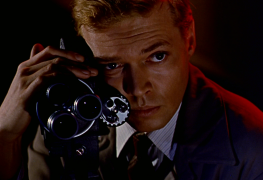 In the early 1940s an avant-garde collaborative duo emerged in British cinema whose later, more opulent films would set themselves apart from the cultural milieu with their fantastical, otherworldly qualities. “The Archers” consisted of Michael Powell and Emeric Pressburger, and while their films were usually met with reasonable success upon release, they would receive near […]
by Williamson Balliet 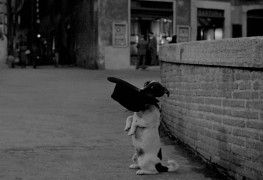 Editor’s Note: Our “Upon Further Review” series charts the history of films that were released to critical or public disinterest or disdain, but have since been widely considered classics. Soon after the fall of the Mussolini government in 1943, Italy began its Golden Age of Cinema. As with many great artistic revolutions it was preceded by its […]
by Williamson Balliet 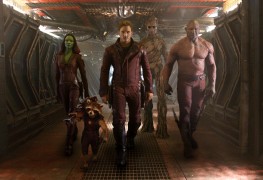 Director James Gunn’s penchant for hyperbole is form fit to the little-known "Guardians of the Galaxy," sneaking in ludicrousness and self-awareness behind layers of masterful production design.
by Williamson Balliet
123
© 2014 THE FOCUS PULL FILM JOURNAL
ALL RIGHTS RESERVED.